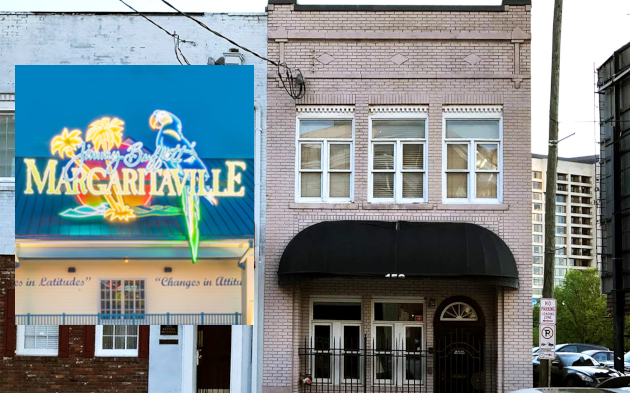 The historic building standing at 152 Nassau Street in downtown Atlanta that was days from demolition has received a stay of execution from an Atlanta judge. Considered the true birthplace of country music for the time in 1923 when recording engineer and producer Ralph Peer captured Fiddlin’ John Carson in the space in what became country music’s first big commercial recording, the building has been set for demolition to construct a 23-story Jimmy Buffett’s Margaritaville-themed hotel and restaurant. Last week crews were in the brick building removing wiring and fixtures, and it was believed to be only days or hours away from final demolition.

On Thursday (8-8), Fulton County Superior Court Judge Shawn Ellen LaGrua granted a request for a temporary restraining order submitted by advocacy group Historic Atlanta. The judge ordered no further demolition work will be allowed on the property at 152 Nassau Street until a hearing with Fulton County Superior Court Judge Kimberly Esmond Adams takes place on August 29th. A “Stop Work” notice was also placed on the property. Though this does not ensure that the building will be saved, it is a win for preservationist Kyle Kessler and other Atlanta residents who’ve been fighting to preserve the historic property.

Located across from Centennial Olympic Park in Atlanta, Ralph Peer captured famous Atlanta resident Fiddlin’ John Carson playing his songs “Little Log Cabin in the Lane” and “The Old Hen Cackled” in the space on June 19, 1923 for Okeh Records, expecting the obscure recordings to perhaps sell 500 copies or so. But those 500 copies would be sold out by the next month, and after further pressings, the Okeh Records recording would sell over half a million copies. Country music had its first hit record, and recording star.

Local Atlanta architect and downtown resident Kyle Kessler has been the leader of a campaign to preserve the building since 2017 and have the location designated as historic. However in a so-called “golden ticket” deal with developers, the city circumvented the historic designation process to stave off a potential lawsuit with the developers by backing out on the city’s side of the deal. The City of Atlanta said they would allow the demolition of the historic building and development of the property to go through, but only if developers agreed to built a hotel that stood at least 10 stories tall, and cost at least $100 million as part of the development. The developers agreed. Strand Capital Group is the firm managing the Atlanta development project, and is planning to erect a 21-story Margaritaville-themed hotel, timeshare rental, and restaurant on the property.

The new development would not go in right on top of where the historic building exists presently. It would simply be the location for dumpsters and grease traps to service the Margaritaville restaurant. Preservationists have also proposed moving forward with the Margarittaville development, but incorporating the building within the design. Ralph Peer also recorded several black jazz, blues and gospel artists in the building, including Eddie Heywood Sr., Fannie May Goosby, and the Morehouse College Quartet. The building has been occupied by other business over the years as well, and most recently housed a law firm. A Change.org petition has been circulating to preserve the building.

Though the town of Bristol on the Tennessee and Virginia border is regularly given credit for being the “Birthplace of Country Music” for the time in 1927 when Ralph Peer recorded The Carter Family, Jimmie Rodgers, and others in the town, the Atlanta property precedes The Bristol Sessions by four years.