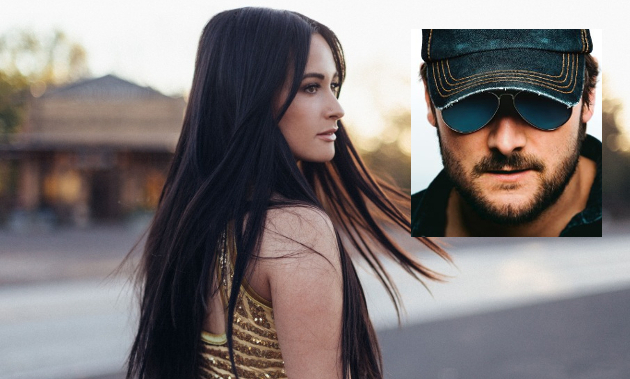 Kacey Musgraves is getting ready to release her latest album Golden Hour on March 30th, and in a big spread in Billboard released on Thursday (3-29), she answers questions and runs through a host of issues that she says she faces as a country music mainstream outlier, and a woman in the genre. One such issue Musgraves says is the double standard that exists for how women are treated in the genre compared to men, especially when it comes to image.

But what some Eric Church fans are wondering is why she had to single out Church with especially pointed language, while Church critics are pumping their fists somebody high profile has finally challenged Mr. Misunderstood on his ever-present eyewear.

In the feature, Kacey Musgraves says a woman would never be allowed to walk around in sunglasses as an image accessory, but Eric Church “…wears his fucking sunglasses all the time.”

“Well, the bar for women to be ‘rebellious’ is fairly low,” interviewer Natalie Weiner of Billboard says to Musgraves.

“Oh, my God, totally,” Musgraves replies. “All you have to do is not smile. And then they’re like, ‘She’s a bitch.’ There’s so much extra pressure on females in the music industry to be accommodating and nice, and it’s such horseshit. They would never say that to Stapleton, or Eric Church, who wears his fucking sunglasses all the time. If I wore my sunglasses all the time, people would be like, ‘She thinks she is hot shit.'”

A seminal part of Eric Church’s image is the Ray Ban Aviators he wears virtually all the time on stage. Often in interviews, Church has referenced wearing the sunglasses as a change in personality for when he goes out to perform, becoming “Chief” (which is also the name of his 3rd record). But there’s also a more practical application for the sunglasses. Church says that bright stage lights of bother him greatly and “fry my contacts.”

“If I’m not playing shows, I usually don’t wear them,” Church told CMT’s Alison Bonaguro. “But my eyes don’t do real well in lights. So if I’m playing shows, I’ll have shades on.”

Furthermore, Eric Church has been criticized plenty for attempting to display an extra level of machismo via his Aviators, at least at Saving Country Music (who just made reference to it in an article a couple of weeks ago), and in the press and public. That’s one of the reasons the press broaches the subject with Church in interviews commonly.

However Kacey Musgraves has certainly been held to a higher standard, and been the victim of unfair ridicule for image as well. In 2014, she was widely criticized not for smiling, but for frowning when it was announced that Miranda Lambert had won for Female Vocalist of the Year that Musgraves was also in contention for at the CMA Awards. But it was clearly a case of Musgraves simply not being boned up on forced media coaching most music celebrities go through instead of being angry at MIranda, later saying, “Sometimes my face just looks that way and it doesn’t really mean anything. I could learn to smile a little bit. There was no [ill] intention in that at all.”