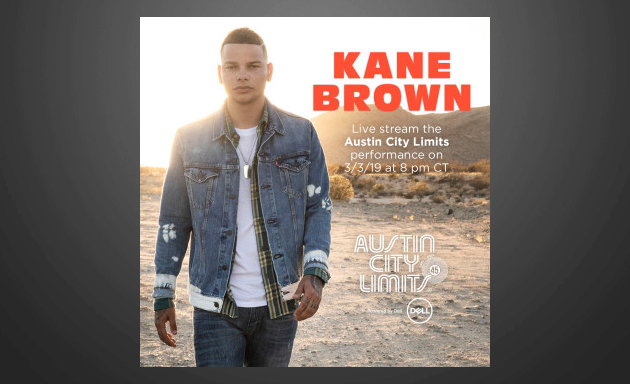 Just like festival lineups, awards show performances, radio station playlists, or any other curation point for popular music, everyone has their own opinion based on personal tastes of which artists should and shouldn’t be slotted when and where. Austin City Limits—the longest-running music television program in history—is no different. First commissioned in 1974 with Willie Nelson playing the pilot episode, the program was a public television venture by local affiliate KLRU taped on the University of Texas campus to help both promote and preserve into archive a collection of performances by the local Austin artists who were helping to forge the creative community into what would go on to be known as the Live Music Capital of the World.

Over time that mission has broadened, and for many years the program has brought in many non Austin or Texas musicians, though performers often have direct or indirect ties or appeal to the Austin scene in some capacity, or play an important role in helping to popularize the program and keep it relevant beyond the Austin market. But never has a scheduled performer been more undeserving of the distinction, exposure, and vaunted opportunity that comes with playing the Austin City Limits stage than Kane Brown who will tape his first appearance on the program at the Moody Theater Sunday, March 3rd.

Austin City Limits has brought in popular country acts in the past such as Garth Brooks and Eric Church who don’t need the exposure whatsoever, but still have ties to the American roots scene in some capacity. Enigmatic bands such as Radiohead or Nine Inch Nails who balk at playing big television appearances due to the commercial implications have made an exception for Austin City Limits considering the gravity of the distinction. The booking of these bands commonly results in concerned grumbles from patrons of the show, but they’re still understandable from some angle.

But Kane Brown is uniquely unqualified and undeserving of this slot, and unhelpful to the mission of Austin City Limits as anyone ever has been over the program’s 45 years. From the derivative nature of his music, to his dubious ascent through streaming playlist manipulations, to his current legal troubles, why Austin City Limits has chosen this particular performer out of so many other more worthy participants is quite baffling, aside from the obvious pandering to corporate sponsors who now lucratively underwrite what is supposed to be a not-for-profit venture.

The line forms to the left of artists that are way past due for an Austin City Limits berth, from Ray Wylie Hubbard, to Wade Bowen, to Cody Jinks, Cody Johnson, Aaron Watson, Sunny Sweeny, Jamie Lin Wilson, and many others who’ve been making waves in Austin and Texas for many years, and deserve consideration under the original charter and spirit of the show. If “diversity” was the reason Kane Brown was booked, why not book native Texan Charley Crockett? If you want to bring a big mainstream name in top draw attention, how about Midland, who may be guilty of embellishing their Austin narrative, but do have a history with the city. Or how about Maren Morris who is at least from Texas?

Again, it’s easy for anyone to field a list of names they feel should get a chance on the program. But we should all agree that an appearance on the show does not offer any value to either Kane, Austin City Limits, or the audience. Kane Brown definitely doesn’t need the exposure, and in no way is tied to the Austin scene. And as far as Austin City Limits using Kane to promote themselves, do you really think Kane Brown’s fans even know where the PBS station is on their local TV dial, and will tune in weeks later to see The Revivalists or a rerun of Asleep At The Wheel?

With all the attention and hand-wringing about the lack of support Austin musicians are receiving, from venues shutting down left and right, to the loss of audience from the aging population, to the extreme cost of living burden causing musicians to leave the city, why use one of the city’s most storied institutions and avenues to exposure to help promote and artist from outside the city who not only doesn’t need it, but who is helping usurp attention from many of the musicians who call Austin home? It smacks of another move by C3 Presents to satiate corporate donor overlords like Dell as opposed to doing right by the city whose name the show bears, and at the expense of the original reason Austin City Limits was created.