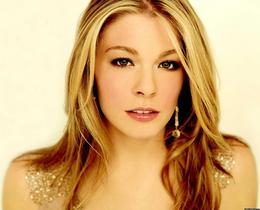 After a six year wait to release an album of original material at the mercy of Curb Records’ career-shattering and sometimes illegal talent retention program, prolonging the release process for artists on their final album with the label nearly indefinitely, the embattled and bruised LeAnn Rimes has finally released Spitfire—a diverse country pop record with a few interesting moments, a few moments that are not so interesting, but an intriguing mix of content and influences that is worth a deeper sniff than your average Music Row fare.

These days with so many of country music’s women setting the bar higher and higher in regards to quality and progressiveness of content, you almost can’t discount any country female project without a closer investigation. As the men try to outpace each other in their headlong dash to see who can reach the newest low in country on a daily basis, the women are doing everything they can to keep country out of the dirt road ditch. And after all, you have to be a pretty hard critic to not hear some of those very first LeAnn Rimes hits like “Blue” and not feel a stirring in your country heart and keep hope that LeAnn will at some point in her career re-discover her original, unblemished magic.

But LeAnn Rimes has been her own worst enemy over the past few years. A big glossy magazine cover story cheating scandal erupted for her a few years ago, and more recently a strange story about her tipping off photographers to where to snap her wearing a bikini in hopes to draw positive pub. When you’re a bona-fide superstar at 14-year-old, it can do strange things to the psyche, and that is what we’ve seen with LeAnn over the years. One minute she wants the cameras to respect her privacy, and another she wants their focus.

The chatter around Spitfire has been polarizing to darn near bellicose, with the main focus being the album’s lack of commercial appeal. While in the mainstream world this accusation might be poison, to independent country fans this is a flag that maybe this album is one of those rare Music Row gems, similar to Kellie Pickler’s 100 Proof from 2012. But what you get with Spitfire is an album that is neither here nor there, resting in sort of the demilitarized zone of country music where neither the mainstream nor independent world really want to claim it or sing its praises. 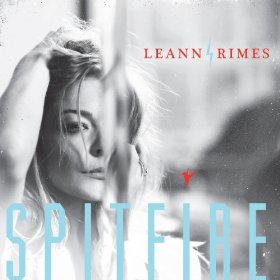 But when stripped down to just the songs, there is still some material on Spitfire worthy of both mainstream and independent ears. The second song on the album “What Have I Done” is surprisingly mellow, subtle, and artistic, without being sappy or mawkish like many mainstream ballads can veer towards. It’s a sincere little song right off the bat that let’s you know that Spitfire is not going to be some cookie cutter album. It also sets the tone in the album of LeAnn directly addressing her now well-chronicled infidelity, giving Spitfire a personal feel. And then how does LeAnn follow this up? With another song that delves into these very same subjects, and with a similar understated and artistic approach in “Borrowed” that is brushed with mournful steel guitar.

But in between these songs is the busy and overdone “Gasoline and Matches.” Just like the title track of the album, it tries too hard to evoke this overused theme in modern pop country of badass women oversinging songs that always involve fire in some way and that completely sap any soul out of a composition. As complimentary as one can be about female country in 2013, this audio equivalent to three snaps in a ‘Z’ formation is as unsavory as it gets to the active music listener, and so is the oversinging that usually accompanies it. This formula rears its ugly head again in the very rhythmic, almost rapping “You Ain’t Right.” Though you can hear how the lyrics would be a fun listen for some women, these songs illustrate that in female pop country in 2013, it’s not what you sing, but how you sing it, squeezing in silly, acrobatic vocal runs that ruin the story of the song, ignore the sweet spot of the singer’s range, and stretch the song’s pocket until it just comes across as saccharine diva-ish show-offidness. It’s the singing competition show influence on popular music.

Another song from Spitfire that has some people talking is “I Do Now.” The track mentions Hank Williams, Merle Haggard, and delves into how you may love classic country artists and their songs when you’re young, but never really understand the subject matter until you’ve lived through the themes yourself. Though the story of the song works very well, once again LeAnn’s vocal approach centers your attention around her singing, and will keep traditional country fans that the song would otherwise appeal to at arm’s length.

And that is pretty much how Spitfire goes. It may be too heady for a wide mainstream audience, but there’s a little too much fluff to enact a resurgence of LeAnn’s traditionalist roots. Or, if you want to see the glass half full, there’s a little something for everyone. Maybe this album was destined to be misunderstood, and seeing how it has fallen pretty precipitously in the charts, this would seem to be a proper diagnosis (though it may be just as much a commentary on Mike Curb’s eroding powerbase). But instead of letting one song or LeAnn’s personal missteps outside of music turn you off of this album, if you’re subject to liking some of the music coming from the mainstream when it’s not positively awful, you may want to give Spitfire a fair glance and decide for yourself.

Two guns up on the two songs below.