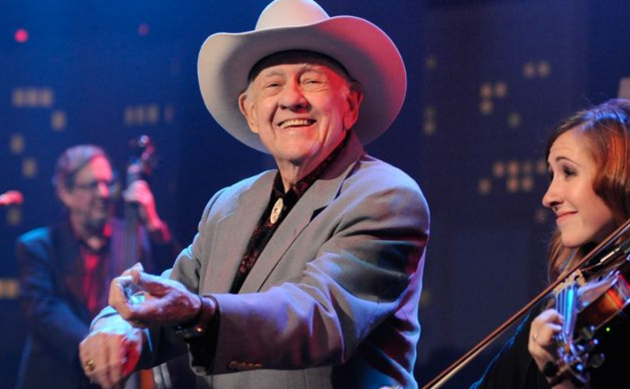 Born in Billings, Missouri on October 27th, 1927, Leon Rausch was raised in the Show Me State and started singing and playing guitar at local dances with his father as a small child. Rausch performed throughout high school until he joined the military like many of his generation. After leaving the service, he played with multiple local bands in the Missouri area until eventually moving to Tulsa in 1955 to pursue his Western Swing career. It was a 1956 appearance on The Louisiana Hayride that is given credit for launching Leon Rausch’s career in earnest, and on St. Patrick’s Day 1958, he officially joined Bob Wills and His Texas Playboys as the lead vocalist, replacing Glynn Duncan, who had replaced his brother Tommy Duncan.

Leon Rausch played in the Texas Playboys throughout the 60’s until briefly joining the band of Johnnie Lee Wills, and then forming his own group called the New Texas Playboys based out of Ft. Worth. Rausch would later reunite with Bob Wills in 1973 after the ailing country legend contacted him about making a final record called For The Last Time. When Bob Wills died in 1975, Leon Rausch took over as the leader of the legendary Texas Playboys.

Under the leadership of Leon Rausch, the Texas Playboys helped keep the legacy of Western Swing alive, continuing to record albums and perform, including a famous appearance on Austin City Limits. As styles changed, attention to the legendary outfit waned, but Rausch was there to play the official last show of the band at the Will Rogers Auditorium in Ft. Worth, Texas, on November 16th, 1986. Even after the Texas Playboys, Rausch was a regular at Western Swing shows and gatherings, performing and telling stories of his time in the influential outfit.

Leon Rausch is survived by his wife of 69 years, Vonda.