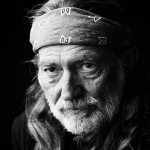 Today it was announced that a new statue of Willie Nelson will be erected in Austin, TX, commemorating the country music legend whose career now spans over 50 years. The bronze statue is a gift from the not-for-profit organization Capitol Area Statues. It stands 8-feet tall and weighs 1 ton, at a cost of about $300,000. It was created by sculptor Clint Shields, who told The Rolling Stone he had a difficult task of making sure he represented all the eras of Willie, from the Outlaw of the 70’s, to the face of Farm Aid in the 80’s, to today.

The statue will sit at the base of the stairs to ACL Live’s Moody Theater where Austin City Limits is taped, at the W Austin Hotel downtown. The statue was initially unveiled to a small group in Austin on November 14th (see image of statue), but the public unveiling will happen the same day Willie Nelson and many other artists are scheduled to perform at the “We Walk The Line” tribute commemorating Johnny Cash’s 80th birthday on April 20th, aka 4/20. The statue will also officially be unveiled at 4:20 PM “as a nod to the country star’s reputation as a stoner.”

Willie Nelson is an American treasure, one of the worlds greatest pacifists, an advocate for farmers, biofuels, and countless other causes, as well as being one of the most revered living American artists, and one of the greatest country music legends of all time. His album Red Headed Stranger is disputably the greatest, most important country album ever. But as time goes on, what Willie seems to be best known for is a guy who happens to smoke pot.

…what I am concerned with is that Willie’s weed identity is trumping, if not marginalizing the other accomplishments of one of our country’s elder statesmen, including his marijuana advocacy work…If marijuana was legal, it would simply be a footnote to Willie’s legacy, like a baseball player’s favorite ice cream.

The 4/20 unveiling of the Willie Nelson statue happens to be a convenient date when Willie and other music dignitaries will already be in attendance at the Moody Theater, but unveiling it right at 4:20 PM reinforces what Willie Nelson’s legacy is becoming in the eyes of popular culture.

Statue creator Clint Shields said that while creating the likeness, he was concerned about the statue’s impact “especially a younger generation (that) grew fond of him during his more mature years.” Willie Nelson’s songs have long since left radio. He can’t be found on country awards shows. There’s no Willie Nelson videos on MTV or CMT. The way most of the younger generation and popular culture interface with Willie Nelson is through TMZ stories about his marijuana arrests, collaborations with Snoop Dogg on stoner songs, and stories like The Rolling Stone article above that mentions little about his music or other accomplishments.

Willie Nelson’s music, his legendary albums like Red Headed Stranger, Wanted: The Outlaws, and Stardust all constitute his musical legacy. His work with Farm Aid, and for biofeuls, world peace, environmentalism, and marijuana advocacy constitute his world legacy. Willie’s pot legacy is only his pop legacy, irrelevant in the face of such a reverent and inspiring life of work. To perpetuate a typecasting of Willie Nelson in the frame of an ironic joke at such a memorable moment as the unveiling of an eternal tribute seems like an unnecessary reduction of his legacy.

Some may want to commemorate Willie Nelson’s “reputation as a stoner”, but I choose to remember him as so much more, like his reputation as a world-class musician, a fighter for artists’ independence, an advocate for peace, and a spiritual inspiration.