This album is not the worst album ever put out in country music, and to be truthful, it’s not even close. With the advent of country rap, “New Outlaw” country, and the laundry list approach to country music in general, pop country now finds itself in a bit of a haven from the harshest of criticisms.

What Lionel Richie’s Tuskegee album does hold the distinction of being is country music’s most embarrassing album put out to date. Never before for any album or artist has country as a community taken such a complicit, submissive role in an artist’s transition from pop.

From mainstream country media outlets covering this album incessantly from conception to release, from the 2011 CMA Awards giving Lionel an eternity in award show time to promote an album months from coming out, to the ACM Awards giving him a full hour-long special that was no more than an infomercial and mawkish tribute to a man that country music owes nothing to, to the country music talent that lined up to let Lionel use them to perpetuate this country music transition, Lionel Richie’s Tuskegee is the biggest ruse ever perpetrated on the people of country music. 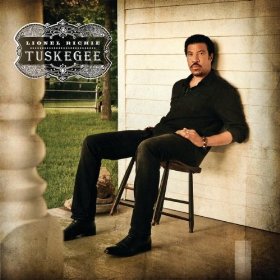 Tuskegee is simply a rehash of Lionel’s Greatest Hits album, and this isn’t meant as a reductive statement, it is simply the truth. The album simply takes all of Lionel’s old hits from the heyday of his career and re-brands them by pairing the songs up as duets with pop country stars with minimal, if any attention paid to reinvigorating or differentiating the original compositions or approaches.

This album is positioned as a “tribute” to Lionel’s hometown of Tuskegee, AL, but the name is as far as this tribute goes, and just like with the music itself, it comes across as transparent, skin deep attempt to appeal to the country demographic without delivering on substance.

There is some country music instrumentation on this album, some soft pedal steel and such. But they are conveyed not as essential elements of the music, but as overlay to pop compositions that are balanced out with the use of synthetic pop elements as well. In an ironic twist in the current country music landscape, country artists who want to transition into the crossover market tend to eliminate all steel, fiddle, and banjo from their music. But when a Lionel Richie or a Darius Rucker decide to transition from pop, they will use a little steel or banjo to attempt to veil the truth that the music is indeed more indicative of the previous genre they’re jumping from.

With such heavy star power on this album, you would expect to be able to distinguish who Lionel’s duet partners were without consulting the liner notes. But this music is so soft, so produced and pallid, it is difficult to tell the difference between Tim McGraw’s and Rascal Flatts’ contributions, or Shania Twain’s or Little Big Town’s. About the only contributions that were easily distinguishable were from the oldtimers like Kenny Rogers and Willie Nelson, and from Jennifer Nettles from Sugarland because of how grossly she over-sings on top of the pitch.

This music is not bad for what it is. Lionel Richie wrote or co-wrote most of these songs, and in their time and place, they are well-written, heartfelt songs that speak to everyday people and their emotional struggles and lives. I can see where this album would find appeal. Tuskegee is music for people that don’t listen to music. Lionel came to his success by talent, not by mistake or subversion.

However now in an attempt to rekindle his success, Lionel is resorting to subversion. Do we really need almost identical compositions of the same songs in a music world already beyond glutted with material? Why not try to make these songs country by introducing some waltz beats for example? Add some contrast and creativity to this album. At this point, the popularity of Tuskegee‘s previously-released material can only keep other artists and projects more deserving of attention farther down.

And make no mistake, Tuskegee is a monster of the country music world, and the music world in general. It has already been certified platinum, been #1 on both the country and overall charts, and it’s hard to argue that so far in 2012, it is not the biggest, most important release in country. It is not out of the question that in November, Tuskegee and Lionel Richie, whose already said he wants to make another country album, will be up for major accolades at the 2012 CMA Awards.

All these accolades are an embarrassment for an album that in the end offers virtually nothing new to the music public. This approach is not how the music industry will resolve its financial woes, it is what caused them.