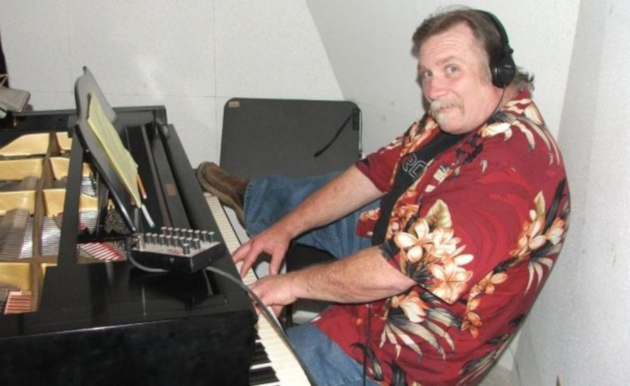 Mark Yeary, a California native who played piano for Merle Haggard in his famous backing band The Strangers for nearly 20 years, passed away on Friday, January 17th at his home in Arizona City, Arizona. Yeary died due to a cardiac arrest episode according to Bakersfield.com. He was 67-years-old.

Growing up in Orange County, California, Mark Yeary moved to Bakersfield where he spent his high school years. He came from a musical family where his father sang in a barbershop quartet and his grandfather was a violin maker. But Yeary would experiment with drums and keyboards more in the rock mode before falling hook and sinker for the hot twang sounds bubbling up in Bakersfield at the time. After playing in bands in high school, Yeary became an understudy of the iconic Bakersfield Sound pioneer Bill Woods and began playing piano for him on a regular basis.

Seeing Mark Yeary performing with Bill Woods is what got Merle Haggard’s attention, and he called the young player up for an audition/jam session with Merle’s legendary guitarist Roy Nichols at Merle’s Kern River Canyon home. Yeary played the white grand piano in Haggard’s house while Merle and Roy jammed on acoustic guitars. The next day Haggard hired him for The Strangers.

Unlike a lot of the artists from Nashville, Merle Haggard often recorded with his own band, and Mark Yeary appeared on over 20 of Merle Haggard’s #1 hits during his heyday, along with over twenty more Top 10’s. He also toured with Merle of course, playing some of the most iconic performances during Merle Haggard’s career, including shows at Madison Square Garden and Carnegie Hall.

Mark Yeary would play with Haggard all the way up to 1992 when he retired from the road. He lived in Branson, Missouri for a while, before moving to Arizona. He suffered a stroke, which impaired his playing ability in his right hand. But he was able to get some of his motor skills back, and started playing drums again as well, professing himself a better drummer than a piano player. A second stroke made things worse.

“He never stopped his love for playing music, its one of the few things he was able to do since his stroke,” says his longtime girlfriend Leticia Mollers. “He could remember music, but not where the TV remote was, even if he was holding it.”

Mark Yeary also worked with Dolly Parton, Willie Nelson, and other during his tenure in country music, and would regularly travel to Bakersfield to perform after his time in The Strangers. But it wasn’t just his service time, it was his influence that made him important. One time when sitting in a truck stop coffee shop with Merle Haggard, a country song came on the juke box. “He’s trying to sound like you,” Merle said to Mark Yeary. He said it was the best compliment he ever received.

A Go Fund Me has been set up for Mark Yeary’s final expenses.