Loretta Lynn Signs with Sony – New Album On The Way 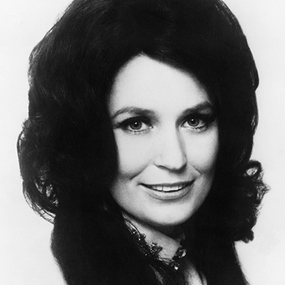 Loretta Lynn’s last album, 2004’s Van Lear Rose wasn’t just one of the most important albums of Loretta’s storied career, it was one of the most important country albums in the entirety of the oughts. Produced by Jack White, it was the comeback album of comeback albums, and received wide critical acclaim, including two Grammy Awards. It holds a resounding 97 rating on Metacritic.

It has just been announced that Loretta has inked a five album deal with Sony’s catalog album imprint Legacy Recordings, with a new album expected to be released some time next year. Legacy is the same Sony imprint that has been finding great success releasing albums from Willie Nelson during the silver era of his career.

Ten years may have passed, but for seven of them Loretta has been at work in the famous Johnny Cash Cabin Studios in Hendersonville, TN on new music that “travels back and explores Loretta’s musical history, from the Appalachian folk songs and gospel music she learned as a child, to new interpretations of her classic hits and country standards, to songs newly-written for the project.” Helping Loretta with the project has been Loretta’s daughter, Patsy L. Russell, and John Carter Cash, son of Johnny Cash and June Carter, and the operator/caretaker of the Cash Cabin Studios.

Loretta’s new collection of music is said to include “intimate new performances, the way they might’ve sounded growing up in the 1930s and Forties in Butcher Hollow [Holler].” She’s said to have over 90 songs recorded.

“Me and Shawn Camp have been writing some songs together,” Lynn told The Nashville Scene in September. “He’s a good little writer, and I’ve been busy recording. I cut 90-some songs. I did all my biggest ones over again, and I cut some old-timey story songs like Mommy taught me when I was in Kentucky. Like this guy that got mad at his girlfriend because she got in a bad way with him you know, pregnant. Well, he killed her and threw her in the bottom of the Ohio River. Tied a railroad steel around her neck! When somebody would do something like that, people would write about it.”

Loretta has been enjoying a resurgence of interest lately, making the Legacy Recordings signing and new music somewhat timely. In September, Loretta received a Lifetime Achievement Award in Songwriting from the Americana Music Awards. Then at the 2014 CMA Awards, she performed with Kacey Musgraves on a duet of Loretta’s song “You’re Looking At Country.”

Loretta will join a list of country music legacy acts like Willie Nelson, Dolly Parton, Johnny Cash, and Billy Joe Shaver who’ve released successful albums landing in the top of the country music charts as country fans continue to search for the classic sound of country.

Here’s a remake of the Conway Twitty/Loretta Lynn duet “After The Fire Is Gone” Loretta worked on recently with Jeff Bates.