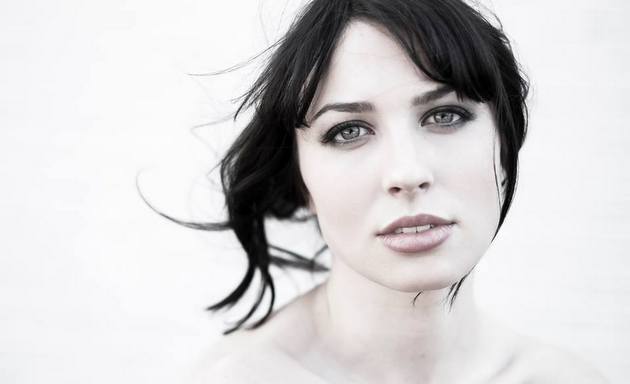 After his award-winning work with artists like Sturgill Simpson, Jason Isbell, Jamey Johnson, and so many more, when you see the name Dave Cobb associated with an artist, it’s probably worth paying a little bit closer attention. And such is the case when it comes to burgeoning country artist Lucette from Edmonton, Canada, who just released her first single and video, and is about to release her debut album, Black Is The Color.

Lucette met producer Dave Cobb through a strange series of events. At a concert in Edmonton, she sang backup for an former American Idol contestant named Michael Johns, who incidentally died on August 1st after a blood clot formed in his ankle. “We became good friends from our mutual love of Otis Redding,” says Lucette of Michael Johns, and Dave Cobb had worked as a producer for Michael Johns previously. But Lucette didn’t start working with Dave Cobb in the beginning. Instead she was working with big industry movers and shakers in Canada in the camp of legendary producer and songwriter David Foster. Lucette was being groomed for the big time, but the results were something she was not happy with. “It was a big, Celine Dion-sounding record. The music coming out of these other people, it was terrible. I can’t explain how inaccurate it sounded to my style and my interests.”

She was only 18-years-old at the time and was being presented with the biggest music opportunity of her life, but she was miserable with the results. So she confided in Michael Johns for guidance, who told her, “‘You have to talk to my friend Dave Cobb,’ and of course when I looked Dave up, he’d already produced half of my favorite records.” 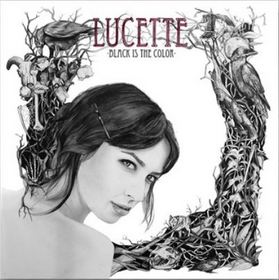 Lucette then flew to Nashville and started working on a new record with Dave. She came to Nashville in 2011 with 20 songs ready to record, and ended up scrapping every one of them. “We wrote the album in three weeks, and recorded it,” she says. “Dave and I wrote half the songs together.” Lucette made subsequent trips to Nashville to complete the record, and it was finally finished last year.

The centerpiece of the project was a song called “Bobby Reid.” “Out of the songs I wrote, and the ones that we co-wrote, the ones we co-wrote definitely stood out. They had a certain vibe to them, and that’s where the Bobby Reid character was born. We wrote it in one night, and recorded it in one take the next day. And one song kind of changed the whole mood of the album. I was writing mostly 50’s and 60’s country, almost like Skeeter Davis, but this Bobby Reid character kind of changed the way that I write, and the way I think about music. I was 19 when I wrote that song.”

Dave Cobb was excited about the song as well, and saw it as the single off the album, and the one to target for a video. So Dave called up filmmaker Blake Judd, who dreamed up the concept of an old-school river baptism, and recruited his circle of musician contacts to help fulfill the cast, including Sturgill Simpson, and Col. JD Wilkes of Th’ Legendary Shack Shakers and the The Dirt Daubers. “At this point, Sturgill Simpson hasn’t even put out ‘High Top Mountain,'” Blake Judd explains. “Sturgill said, ‘Yeah, I like the song, I like Dave, and I like you.’ And then I called J.D. Wilkes and asked him if he wanted to reprise his role as a creepy preacher. So everyone converged in Greensburg, Kentucky in August of 2012, and we made the video.”

But the song “Bobby Reid,” the video starring Sturgill Simpson, and Lucette’s Dave Cobb-produced album almost never saw the light of day. Lucette’s management at the time was not fond of the old-school, dark Americana road she was going down. They believed Lucette’s future was in a more mainstream direction. “I met with four or five major labels. A few of them I went back to several times,” Lucette explains. “But there were several meetings with a couple of labels that led me to a lot of inner turmoil because they basically said, ‘This song has to be shorter. This song has to be longer. You have to cut this one.’ And then it came to the point where someone said, ‘You’re not going to be able to do this as a career.'”

But once again Lucette listened to herself instead of the industry, and saw that the work she did with Dave Cobb was the right direction. “I’m glad I went with my gut. I’m glad that I’ve had people in my life that kind of got my vibe and understood me enough to know that my record might not be a huge thing to a major label. But to the people that get it, I think they will really get it.”

Dave Cobb is one of those people that gets the young Canadian songwriter. “Lucette really brings out the dark side of American turn of the century folk when it seemed the world was gonna end, and breathes new light into it,” says Dave Cobb. “We had a blast making the record. I’ll never forget sitting in a booth right next ta her playin guitar and hearing bobby Reid coming through the headphones. It felt timeless.”

Lucette’s album Black Is The Color is set to be released on August 26th, and the video for “Bobby Reid” just debuted on CMT Pure.

Pre-Order Lucette’s Black Is The Color

Pre-Order Black Is The Color on Amazon