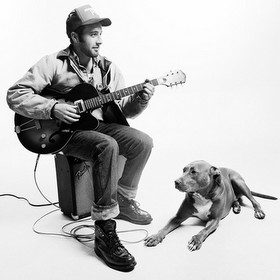 In 2014 when Saving Country Music received an unsolicited submission from an relatively unknown artist named Luke Bell, it felt like striking gold. It’s so rare, and so welcome and fulfilling when an artist that has been flying so criminally far under the radar shows up and it’s so immediately obvious their music is destined for bigger things. This is the way it felt when Sturgill Simpson’s first band Sunday Valley showed up in the inbox, or the incredible Tami Neilson from Australia.

After self-releasing an album called Don’t Mind If I Do on Bandcamp, The Wyoming native signed with prestigious booking agency WME, and all of a sudden was opening shows for Dwight Yoakam—the same place Sturgill Simpson began his ascent. Now Luke Bell is slated to play Stagecoach in California in a couple of weeks, and Bonnaroo this summer. Luke Bell is not screwing around with this. We might be witnessing the launching of a serious independent country music artist here very shortly. 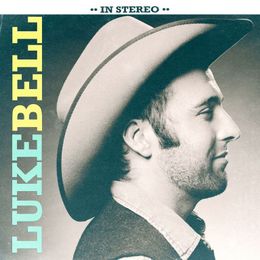 Along with the newfound support behind Luke, Thirty Tigers has saddled up with the songwriter to release a new, self-titled album. That’s why Don’t Mind If I Do was recently pulled from Bandcamp. Some of the songs, including the first “single” from the album called “Sometimes” (hear below) are from that previously-released Bandcamp album. But the new Luke Bell release will also include five new original songs. Seeing how well Don’t Mind If I Do was received by the few listeners who did get to hear it, this might be the best of both worlds.

Luke Bell’s new self-titled release is scheduled to hit stores on June 17th, and is currently available for pre-order.

Luke also just released a new video for his song “Sometimes,” shot at the Santa’s Pub dive bar in Nashville that Luke is known to regularly haunt. Bell spent the early part of his music career in Austin, playing venues like Hole in the Wall and The White Horse before moving to Music City a few years ago. If you watch the video closely enough, and know your Nashville independent musicians well, you might recognize a few familiar faces.