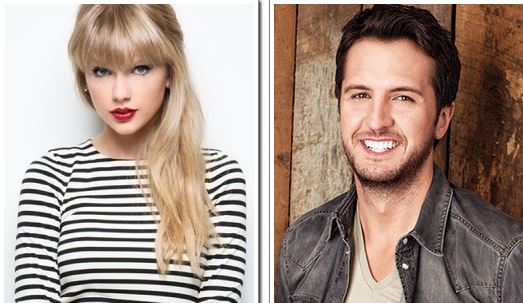 Yes, yes, it’s the age-old complaint that music doesn’t sound as good as it used to, and that the singers of today aren’t nearly as good as the ones we grew up with. Though there is certainly a bit of “old man syndrome” that creeps into this endless debate about the direction of popular music, there is also very specific and irrefutable data that backs up these claims that music isn’t as good as it once was.

As Saving Country Music first illustrated in the article The Science Behind Why Pop Music Sucks, information from a study called “The Million Song Dataset” proves that on a scientific level, music is becoming less complex, and less diverse. Each red dot in the diagram below is a song, and as they trend down and bunch closer together, the songs get less complex, and sound more similar to each other. 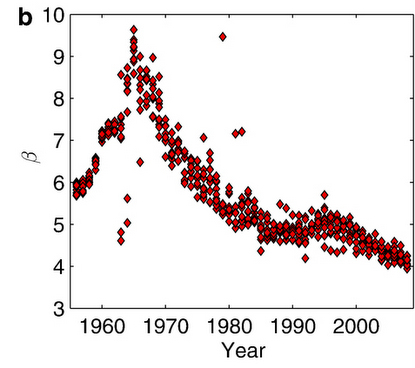 Now Concert Hotels has posted a list that took the “100 Greatest Singers of All Time” as complied by Rolling Stone in 2008, and added to it the nominees for top male and female artists from the 2014 Billboard Music Awards and other popular artists of today; artists like Justin Timberlake, Lorde, Justin Bieber, and Lady Gaga. They then matched these names up with vocal range data from The Data Place that takes the highest and lowest vocal ranges that an artist has displayed throughout the entirety of their released music, and determined who has the best and worst ranges as singers. Since some artists do not have vocal range data on file for them, they were not included in the study. 77 total singers were included in the graph, and guess who came in dead last? Arguably the two most popular artists in country music right now: Taylor Swift and Luke Bryan, with Luke landing in the caboose spot.

Axl Rose and Mariah Carey led the list, and when you consider that coming in before Luke Bryan and Taylor Swift are artists not particularly know for their singing prowess, but more for their styling such as Iggy Pop, Kurt Cobain, Lou Reed, Eminem, Neil Young, and Tom Waits, it makes this distinction especially dubious. Along with Swift and Bryan in the basement is Justin Bieber at #73.

Of course range isn’t everything. The amount of feeling, uniqueness, and other properties of a singer’s voice must factor heavily into deciding who is the “best” singer. But range is certainly a factor, and like with so many other measurements these days, country music finds itself on the bottom rung, bested by its peers in the pop, rock, R&B, and even rap worlds.

The Vocal Ranges of the Greatest Singers. From Mariah Carey’s ear-piercing whistle to Barry White’s deep bassy growl, compare the vocal ranges of today’s top artists with the greatest of all time. (via ConcertHotels.com).