Luke Combs Shatters Record on the Way to #1 Album 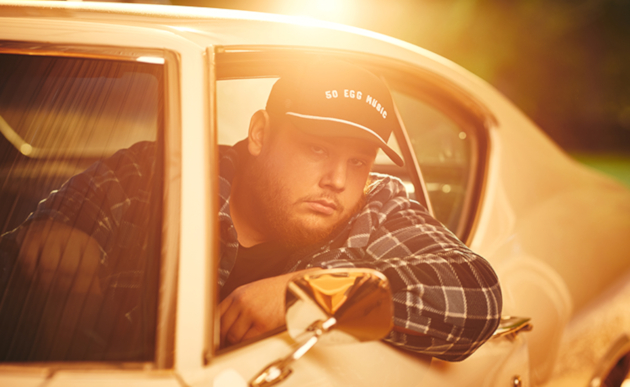 We knew the release of the latest Luke Combs album What You See Is What You Get would be big, and that’s exactly what it was, bringing in the biggest numbers for a country title all year, topping all the charts, and setting a new record in the country space.

Released on November 8th, What You See Is What You Get debuts at #1 on the Billboard Country Albums chart this week, as well as #1 on the all genre Billboard 200 with 172,000 albums sold, including 109,000 copies in pure album sales. This marks Luke’s best showing of his career, and the best showing for any country album in over a year.

109,000 in physical sales and downloads is a surprising number for an artist mostly known as a streaming monster with his younger audience, but it’s the streaming numbers specifically that put Luke Combs into the history books. The 17 tracks of What You See Is What You Get were played over 74 million times last week. This is the most streams any country album has received in a single week ever, and resulted in Combs accruing 58,000 album equivalent credits for consideration on the albums charts.

Previously, the largest-streaming album in country music history was curiously Gene Autry’s Rudolph the Red Nosed Reindeer and Other Christmas Classics, which received nearly 44 million streams last year over the Christmas holiday. But Combs eclipses that record by some 30 million streams.

Luke Combs also goes into the history books as one of the few artists to come in at #1 and #2 on the Billboard Country Albums chart simultaneously. His previous album This One’s Four You has been on a tear of its own, spending a record-tying 50 weeks at #1, with many of those weeks coming in 2019, despite the album being released in June of 2017. It tied Shania Twain’s Come On Over in late October for the longest-running #1 album in country music history, and will only be kept from breaking the record by What You See Is What You Get. The older Luke Combs title also surged 20% in sales this week.

The only other country album to go #1 in all of music in 2019 was Thomas Rhett’s Center Point Road, which What You See Is What You Get still smoked handedly. The Rhett title came in with 76,000 albums and equivalents, with 45,000 in pure albums sales in June. That means Combs basically doubled up his nearest competition in 2019. You have to go back to Carrie Underwood’s Cry Pretty released in September of 2018 to find a bigger sales week. It debuted with 266,000 total units bolstered by a big ticket bundle.

This all cements the theory that it’s not Kane Brown, not Thomas Rhett, not Florida Georgia Line or Jason Aldean or Luke Bryan that should be considered the biggest artist in country music at the moment. It’s Luke Combs. And What You See Is What You Get breaks the mainstream country norm by not including electronic drum beats or rapping lyrics, and even includes some deep and meaningful songs, including his latest single “Even Though I’m Leaving.” It puts an exclamation point on the fact that mainstream country music is slowly but surely turning a page to sounding country again, with other artists copycatting the sensible Luke Combs approach hoping to see similar results.

Luke Combs also continues to dominate on radio, with all of his initial singles hitting #1, with his latest “Even Though I’m Leaving” making the 7th in a row. Last week, Luke Combs won the trophy for Male Vocalist of the Year at the 2019 CMA Awards. After winning Entertainer of the Year, Garth Brooks said that in future years, it would be Luke Combs winning the award. After Luke sold out his first headlining arena tour and now his monster debut for What You See Is What You Get, this is a very likely scenario. In other words, Luke Combs is the future of mainstream country music.