Madison Lewis Evokes The Past, Illustrates a Promising Future in “Back to the Blue” 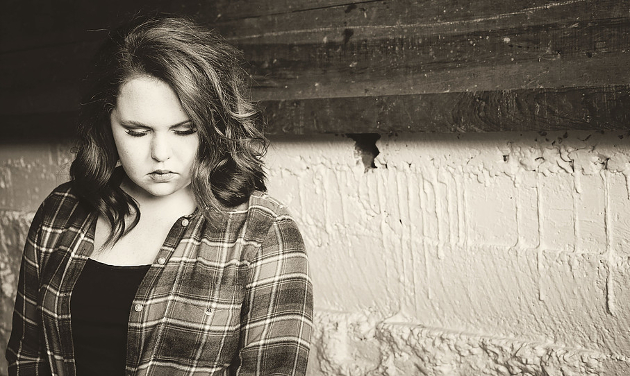 We admire musicians because they can do things that we can’t. We cherish youth because of the promise and opportunity they offer for the future. You put the two together, and it can be one of the most enchanting musical experiences out there. When a young musician shows promise and prowess well beyond their years, it’s enhanced even more by the possibility of what their future could hold, and what we might be in store for as spectators.

Unfortunately though, the experience of watching the prodigy musician transition from a youth wonder to full-timer in the music business, let alone to receiving an opportunity at something resembling anything close to stardom, is often a rigorous hill to climb that too many musical prodigies rarely ascend. Regardless of how fast you can move your fingers or how well you can sing, the odds are still stacked against launching a career in music simply from the sheer number of hopeful participants in a given discipline.

Music isn’t a skills competition, especially now that we’re living in the age of the song. Folks are no longer wowed simply by technical prowess. They want to feel something. They want songs that move them and speak to their hopes, fears, and frailties that are delivered by unique voices. Madison Lewis is a unique voice for sure, and not the typical musician, songwriter, singer, or guitar player for someone of any age, let alone for a 14-year-old.

Since youth can blind the music connoisseur to the true nature of talent since we regard it on a sliding scale, sometimes you can get too swept up in the marvel to see the forest for the trees. But in the case of Madison Lewis, the material and the voice is so mature and unique, age doesn’t even seem like a factor in the equation. It feels like an element of age discrimination to even remark upon it. 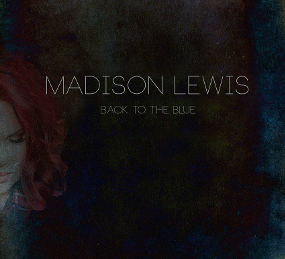 And we’re not just talking about the confident skill Madison has accrued in playing her guitar in the blues-inferred style that is one of the cornerstones of her music, or the smoky, loungy tone of her voice that sounds transported from a different era. Madison Lewis doesn’t sound or perform like a neophyte. What’s so remarkable is how she’s not just writing and performing way beyond her age bracket, it’s almost like her musical universe is inverted. She’s like the seasoned veteran of night club stages that has spent a lifetime compiling stories of struggles and heartache to share with patrons in residencies full of wisdom and world-class talent, regardless of the size of the stage or audience. She may have been born in the age if the iPhone, but her music takes you back to the 40’s, and a time when American pop had yet to be corrupted.

It’s not difficult to marry the sentiments and stories Madison shares through her music with what you can imagine are her everyday challenges, despite her age. Like so many old souls, it’s inherent that you feel like a foreign entity in your own time: lonely, misunderstood, even forsaken, and struggling to find comfort in your own skin, or your place in the world. This is the burden of so many listeners who gravitate towards the older styles of music suffer from, as do the performers. It’s just not often that such young performers become awakened to their old soul properties so early.

The music of Madison Lewis ranges from primitive country, to authentic blues, to old-time jazz and rag time influences, and is anchored by her billowy voice. Like all great artists are able to do, she understands the mood that her voice evokes, and writes her music and styles it accordingly. Listening to Madison Lewis is a fully-enveloping experience, not requiring any need to suspend disbelief as it transports you to a different time and place. Whenever Madison Lewis is singing, it feels dark outside, and you’re within a dim tavern, taking in the music with other forlorn souls searching for comfort in song. But styling aside, it’s the songwriting which comes across as the most spellbinding in its development for any age.

There is one slight limitation to Madison Lewis at the moment, likely due to experience, where at times it feels like her voice is more powerful than what she can control, like a superhero just getting a grip on their powers. At times Lewis can be a little too out front in her delivery and overstep the accompanying music when a more reserved tone would be appropriate, especially when she wants to convey a really emotional moment in the song. The confidence is there, but a more controlled understanding of her range and capabilities will likely build in through time, as will a more unique style to the music itself. But like all smart musicians, Madison started with studying the roots of American music to build a strong foundation beneath her musical journey wherever it may take her.

With Madison Lewis, it almost feels insulting to bring up her age in the context of her music because she’s so skilled and mature. But it also helps enhance the marvel at what she was able to accomplish on Back to the Blue.

Purchase Back to the Blue from Madison Lewis

Back to the Blue, Madison Lewis, Review