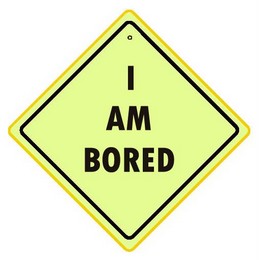 I believe it was the Buddha who once said “life is suffering.” And though you would think mainstream country artists who make their living playing music to massive audiences, with untold riches bestowed upon them through their fame, beautiful women (or men) at their beckoned call, and getting jet setted to and fro in the lap of luxury would have little to complain about, they have problems too apparently, and recently the biggest one appears to be having to play music that fits within the confines of the country music genre. Oh, the horror.

These poor, poor bastards. To hear them talk about the rigors and limitations of the country format, you would think they signed up for indentured servitude when they decided to pursue becoming a country music star. “We’re constantly trying to evolve, mainly because we’re musicians and we get bored really easily,” said Mike Ely of the Eli Young Band recently.

Mike Eli’s bored? Try telling that to the millions of folks who get up every morning to face eight hours at a factory or a cubicle farm to get by. Or you know, folks with any bit of musical taste who attempt to listen to Eli Young Band’s recent output. Willie Nelson has been making country music for 60-something years, did he ever get bored?

After years of being a band that relied on its grassroots fans cultivated in Texas to help it reach toward some mainstream exposure and success, the Eli Young Band has done a complete 180 and is now following the disco/EDM country craze with very mixed results. A recently-launched EP is full of non-country stylings, and a recent appearance on a remix from pop star Andy Grammer on his hit “Honey I’m Good” has the band feeling like it’s finally out from under country music’s repressive regime. However the style move has done little more than make Eli Young Band one of many chasing the latest craze, looking for attention in a crowded field, trying to survive in the post-Bro, Sam Hunt environment.

Faced with increasing criticism from many sectors of society about the current direction of mainstream country, including criticisms that stretch into other venues of the entertainment industry and even the sports realm, the country artists who are looking to push the envelope, especially the male artists, have gone on the offensive recently to paint their critics as closed-minded, living-in-the-past, oppressive mouth breathers who don’t want music to evolve and only want music to sound like classic country until eternity.

The problem with this rhetoric (beyond it being patently false) is that it is painting country music—meaning music that actually sounds like country—as this boring, outmoded, limiting medium where there is no possibility that creativity can thrive within its borders. It’s one thing to say you don’t want to play classic country. It’s another to portray it as inherently boring and unimaginative just because you want to unapologetically chase the latest trend to make a buck.

“I mean, ‘cause that there’s this whole fashion of people who want to take back country music and make it old school and country music to those people is the only kind of music that’s not allowed to evolve,” Darius Rucker was quoted as saying recently.

Darius Rucker is the worst of the “evolution” preachers. He flees the dying rock world to become a country music carpetbagger, and now deems himself worthy enough to pontificate about where the genre should go. And there is nobody, nobody creating an incorrect and damaging stereotype of the classic country fan and artist at the moment than Darius. Behold the absolutism he spews as he continues to speak about country music’s “evolution.”

Wait, what and what?

“And, you know, everybody wants country music to be the same.” Darius says.

So that would mean that every single human being in the entire world planet wants country music to not evolve, Darius.

Well if all the country music fans only want to listen to classic country, then there is pure universal consensus behind country music not evolving, right?

Darius has no idea what the hell he’s talking about, but what he is trying to say is that anybody that has a problem with Sam Hunt releasing a straight up EDM single to country radio, despite it not have a single damn thing to do with country music, must also believe that all country music must sound like Johnny Cash forever and ever, amen.

But of course this is not the case, and that point has been so exhaustively refuted that it makes me sick to my stomach to have to think of rehashing those same tired arguments once again.

Beyond the insults and fallacies is the growing concern that by constantly characterizing country music as boring, limiting, and non-evolving, we are eroding the foundation of country music for future generations. What if you were a fanboy or fangirl of one of these performers, lapping up everything they put out there in the media? You would think classic country sounds like the the most repressive and backwards-thinking cultural movement since Apartheid.

Try telling fans of Sturgill Simpson that he can’t be creative within the traditional borders of country music. Being able to work within limited sonic parameters and still be innovative is a sign of creativity, while relying on technological crutches and catchy pop elements is a sign of laziness and lack of inspiration. In the end the whole country or non-country argument is mute. The real question should be is the music any good, or of quality?

Johnny Cash ran off and worked with Bob Dylan. Willie Nelson released multiple albums of pop standards. Waylon Jennings once played on the Lollapalooza tour. The difference was they were still making music with meaning that remains relevant today, despite what Darius Rucker and others say. That’s why so many would like to see a return to those days when music made you feel something deep inside, and wasn’t just background noise for your tailgate party. This isn’t even about style or taste or generational gaps or steel guitars and fiddles. It’s about making music of substance.

Country music must evolve. I repeat, COUNTRY MUSIC MUST EVOLVE. But the direction Darius Rucker, Mike Eli, and many others are taking it is in the exact opposite direction of evolution.