Merle Haggard: The Living Embodiment of the American Experience 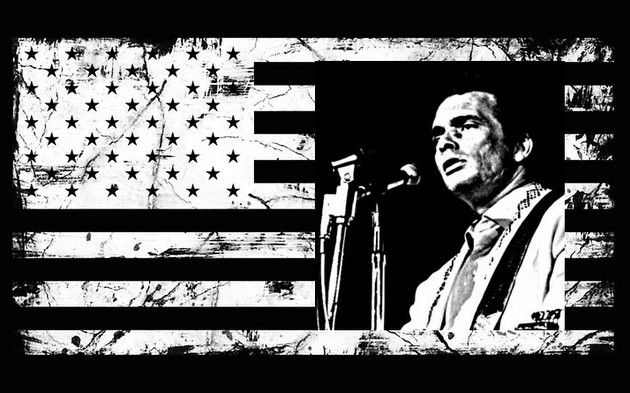 His was a birth in abject poverty to Okie parents who made a home out of a boxcar after migrating to California in search for work. He was the son of a father who died when he was still young, and was a young man who saw the troubles of adolescence lead to troubles with the law, many times just to win his daily bread. This led to criminalization and incarceration, and the potential of a life lost forever before turning into a story of rehabilitation and redemption through the call of country music. Then it was on to recognition, stardom, and even superstardom; and eventually to becoming a legend of American culture that few can stand beside and measure as equals. This was the life of Merle Haggard; not just the one he lived, but the one he captured in song, and the one we all followed along with as he wrote and sang about what he had learned and what he had lived during his iconic American story.

Are the lives of celebrities any more special than our own, and is their passing any more tragic than the common, unheralded people who pass every single day without as much as a word beyond loved ones, or a tiny blurb in a local paper? In short, no they’re not. But that’s also what made Merle Haggard special. He was the embodiment of America’s forgotten: the poor, the imprisoned, the wrongfully accused, the silent majority inhabiting middle America, the bereft and brokenhearted that have been forestalled by the rest of society. Merle Haggard could sing to them all and do it in a language they could understand, and with an integrity to the words because Merle had lived it all himself.

Merle Haggard was the poet and the champion of the ones the rest of society looked beyond or lampooned. Merle succeeded despite the incredible odds, and not through pragmatism and compromise, but through hard-nosed doggedness, and a fierce principled individualism that was unwavering throughout his life. He gave the forgotten masses hope that they too could eventually persevere. Merle Haggard went on to log 38 #1 hits in country music—and not one of them was an effort for attention or a reach for commercials success. Every song Merle Haggard wrote or sang, and every album he ever released was an extension of himself and the life he had lived manifested into song.

Though early in his career Merle Haggard was known for being incredibly proud and stubbornly idealistic, especially when it came to his stances on America and how it was perceived, underneath the bluster of patriotic odes he remained curiously unassuming and open-minded, leading to the eventual softening of certain stances later in life, and the changing of others. Merle Haggard wasn’t just respected for the perspective he was able to share through his own eyes, but his ability to see the world through someone else’s, and share their story as if it was his own: “The Lonesome Fugitive,” or the “Okie from Muskogee.” No matter what the offense, no matter how closed-minded someone may be, to Merle Haggard, there was still a beauty and a value to them and their story that was as important to tell as anyone else’s.

Like America and many of its people, Merle Haggard was not perfect. He had sinned, he had failed, he had stuck to principles that eventually proved to be wrong. But he learned, he persevered, he pulled himself up by his boots straps, and he eventually succeeded.

Merle Haggard was just a man, no different than anyone else who has ever walked the Earth. But as the bard of the common people, canonizing the lives and struggles of the forgotten faces, he made the lives of every man that more meaningful, and that more valuable. Merle Haggard was America embodied in song. And now he’s gone. But like the many lives he sang about, the legacy lives on. Forever.