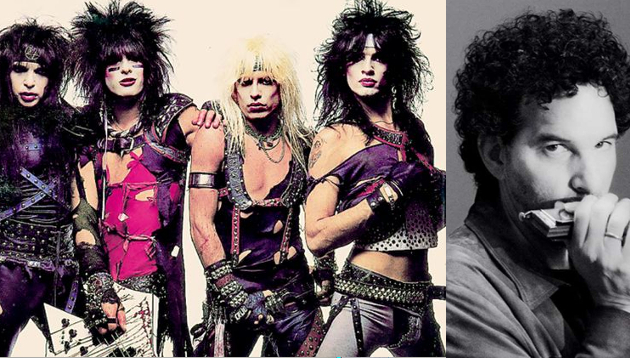 It’s hard to name a more famous harmonica player these days than Willie Nelson’s Mickey Raphael. If you have a song that needs harmonica, why ask anyone else? Not only is Raphael supremely qualified, he seems more than happy to lend his talents to just about anyone, and you see his name and hear his signature harmonica style on albums and songs all over the place. It only takes a few notes from Mickey and even the novice music fan can tell it’s him. He’s lived a charmed life playing an instrument that seems so simple, yet his style and taste turns his solos into musical mastery.

The story of how Mickey Raphael got started playing harmonica professionally for Willie is pretty funny. It wasn’t persistence, or even the right place at the right time. He just sort of made the position for himself. “I met Mickey Raphael at a recording studio in Dallas when he was a teenager,” Willie recalls in his autobiography. “He was sitting outside the studio waiting for me and told me he was our new harmonica player. I just said, ‘Follow us, kid.’ In a few years Mickey was a star, dating Ali McGraw and living on the beach in Malibu.”

However, according to Mickey, he was actually introduced to Willie by Texas football coach Darrell Royal during one of Royal’s legendary pickin’ parties after a game.

Either way, now Mickey Raphael is as seminal to Willie Nelson’s sound as anything, and was an important part to so many of those massive Willie hits from the 70’s and 80’s. But something a lot of folks don’t know is that he played on another massive hit that is about as far flung from Willie Nelson and country as you can get.

Mötley Crüe’s cover of Brownsville Station’s 1973 hit “Smokin’ In The Boys Room” became a blockbuster for the hair metal band in 1985, and put them on the map in the mainstream. The album Theater of Pain would go one to be certified 4X platinum and Mötley Crüe would become arena superstars after the success of the song. In the liner notes of the album, the musicians given credit are band members Vince Neil, Mick Mars, Nikki Sixx, Tommy Lee, as well as four other individuals helping with backing vocals and percussion. Lead vocalist Vince Neal is given credit for the iconic harmonica solo that anchors “Smokin’ In The Boys Room.” But that isn’t who played it.

“Yeah, that was me on ‘Smokin’ in The Boys Room,’” Raphael confirmed to The Sun Herald‘s Jeff Clark in a recent interview. “They wanted a harmonica player and I had worked with (producer) Tom Werman when I recorded with Blue Oyster Cult, so he called me up and asked me to come in and play on the song. Vince played a harmonica on the last note of the song, so he was credited for harmonica. If you look in the fine print somewhere it says, ‘Additional harmonica by Mickey Raphael.’ The funny thing is that Vince even won an award that year for ‘Best Heavy Metal Instrumentalist.’”

Vince Neal played one lousy note on the song, and he walked away with all the credit. He’s like the Milli Vanilli of harmonica players.

Listening back now to “Smokin’ In The Boys Room,” of course it is Mickey Raphael. Luckily, revisionist history has been kind to Mickey, and on Wikipedia and other places proper credit has been given to him for his contribution to the song. Mickey had also confirmed his role in the song to the Orleans Times Herald in 2010.

(If you can’t bear to sit through the whole thing, the harmonica solo is at 2:10)