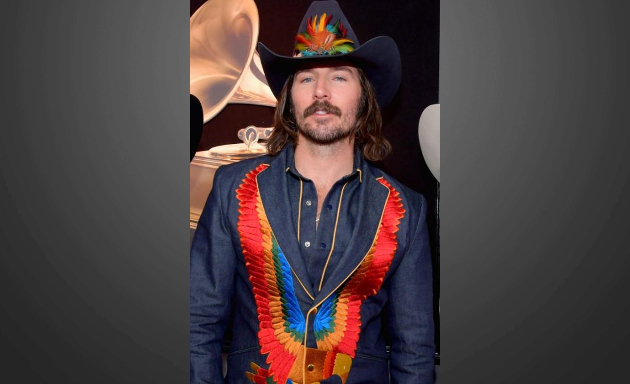 I feel like Al Pacino in The Godfather III. “Just when I thought I was out, they pull me back in!”

Look, I’ve moved on from the whole questioning of Midland’s media narrative thing, and numerous times, and on record. Ultimately, it’s all about the music, and Midland’s music is much better than most anything else in the mainstream, and so we should all be happy. And this was never an “authenticity” argument to begin with, it was about honesty. Anyone can make country music. I just don’t want guys from privileged backgrounds who hopscotched hundreds of artists due to industry connections telling me how they came from hardship.

But apparently, Mark Wystrach—the former soap opera actor and underwear model—just can’t let it go. He once threatened Saving Country Music, saying, “If I ever meet that guy from Saving Country Music he is gonna see just how Country I really am!” And backstage at the ACM Awards last week, he was talking smack again, or at least trying to.

“That’s just some fool trying to get click bait because, you know, he’s got pay rent at his mom’s house,” Wystrach said to the assembled media backstage according to Alison Bonaguro at CMT. Wystrach was responding to media questions about the group’s “authenticity.”

See now Mark, that’s how you talk smack. But seriously, I don’t want to start anything with Midland again. It’s just a back and forth cycle, and nothing ever gets resolved. I’ve said my peace, and let’s all move on and focus on the entertainment as opposed to all the sideline stuff. For example, I thought Midland’s Three Amigos skit on the ACM Awards last week was hilarious! Bravo fellas.

And by the way Mark Wystrach, how about coming off of some of that Big Machine Records money and getting your mom’s AC fixed? The summer will be here before you know it and we’re already sweating over here.

I’ve got plenty of dough from my Midland click-bait articles to fix the AC myself, Mark. I know you’re too busy coiffing your butterfly collars and fringe to bother.

But seriously, finally and forever, can we all just go back to focusing on the music?