It will never be the easiest festival to get to for anyone. It’s certainly not the cheapest when it comes to ticket prices, accommodations, or incidentals. Holding a music festival the last week of January in Key West, FL will always make it difficult for individuals with regular jobs and middle incomes to pull it off. For some, it will be an annual pilgrimage each year. For others, it may be a bucket list item they get to enjoy once or twice. But what’s for certain after the second year of Mile 0 Fest in Key West, Florida, is that this is Texas and Red Dirt’s premier musical event each year.

Cancellations could have been the story of the 2nd Annual Mile 0 Fest, and it probably was for the few individuals who decided to dwell on the negative over the week. Charley Crockett cancelled early on, and in enough time to be replaced by Shane Smith & The Saints. Charlie Robison’s slot was vacated as well after the announcement that he would be retiring after surgical complications left him unable to sing. Dalton Domino also bowed out due to personal issues. But all of these issues were overshadowed when the Turnpike Troubadours cancelled their Thursday night headlining appearance last minute, and in not enough time to find a worthy replacement, or to re-order Mile 0 Fest official merch that had their name very first on the 2019 lineup.

But if you spent the week on Key West and couldn’t find enough entertainment among the embarrassment of riches that was the assembled lineup that did make it to the island, that was on you. The Mavericks—who headlined on Wednesday night—also cancelled their club appearance the next evening, not wanting to risk squeezing their big production on a tiny stage with spurious sound. This was a shame, because it would have been one of the few opportunities to see them in a club setting, and par for par, they put on the greatest performance at Mile 0 Fest 2019. One can’t imagine a better location to see the Cuban-inspired country and roots music of The Mavericks than 90 miles from Havana, and Raul Malo remains one of the greatest vocalists of our generation.

And The Mavericks turned in the best set all week even with Mike and the Moonpies being all over the island, and turning in one incredible performance after another themselves, starting Tuesday night, even before Mile 0 Fest officially started. New this year, the Oh Wook! promoters of Mile 0 Fest decided to start the shindig off by throwing a free street concert on Key West’s famous Duval St. open to anyone and everyone. It was their way to ingratiate themselves to the locals, and hopefully spread the love for Texas country, Red Dirt, and Americana music to southern Florida. What better way to do so than to start off with the Red Dirt Rangers who opened the evening, followed by Canadian country artist and honorary Texan Corb Lund, who played his first ever concert in Florida with the Hurtin’ Albertans, bringing his wit-filled version of country music to the tropics. This was proceeded by Shinyribs, which you would have though Key West was built for. His one-man-party had Duval St. hopping.

But it was afterwards on Tuesday night when Mile 0 Fest hit one of its peaks. In a surprise show, the Queen of Mile 0 Fest, Jamie Lin Wilson, took the stage at the small bar called Durty Harry’s right down the block from the street party, and it turned into the mother of all super jams, with members of American Aquarium backing Jamie Lin up, Mike and the Moonpies getting into the action, Jason Eady and Courtney Patton taking turns singing classic country cover songs, and at one point Mike Harmeier of Mike and the Moonpies firing his shirt off, and standing on the bar during a 15-minute rendition of The Marshall Tucker Band’s “Can’t You See.” On Tuesday night, the bar was already set for performances, events, and collaborations to beat.

Mike and the Moonpies were all over the place during Mile 0 Fest 2019, as was Jamie Lin Wilson. Texas music blog Galleywinter set a prop bet up that Jamie Lin Wilson would make over 20 appearances on stage during the week. When she came out to sing with Wade Bowen Saturday night on their duet “Just Some Things,” Bowen referenced that Wilson had officially beat her quota, and it probably wasn’t too far off. Along with her main stage set on Friday, she hosted a jamboree at Irish Kevin’s on Duval Thursday night, was up early the next morning to participate in the Charlie Robison tribute late Friday morning, showed up with American Aquarium during their extended Thursday night set to pay tribute to the Turnpike Troubadours in a performance of “Every Girl,” along with numerous other appearances. Cody Canada and American Aquarium were the two acts that met the Turnpike Troubadours issue head on, and compelled fans from the stage Thursday night to give the band some space, and forgiveness.

But the biggest story of Mile 0 Fest might have been the continued emergence of Mike and the Moonpies as the greatest band in country music at the moment. Along with playing a show on a boat, backing up other bands during numerous jams, kicking ass on the main stage with a set that could have headlined the whole festival, their show at Cowboy Bill’s downtown on Thursday was so epic, the owner of the bar himself came on the mic after the set to declare it was the best show he had ever seen in over a decade of doing business at the establishment. The swell behind Mike and the Moonpies is real, and should not be ignored.

Another artist who deserves credit for criss crossing the island all week and helping to keep folks entertained is Garrett Bryan, who not only played his own scheduled sets, but was slotted in wherever there was a conflict or cancellation, making the best of his opportunities. American Aquarium also took advantage of getting moved to the headliner spot on Thursday night due to the Turnpike Troubadours absence, and put on a raucous performance that unfortunately was the last appearance of steel guitar player Adam Kurtz with the band, who really helped make their last album Things Change one of the best of 2018, and who has also done great work with Sarah Shook and others.

Mile 0 Fest wasn’t just about the big names and main stage performances. Songwriters and solo performers like Carter Sampson, Ken Pomeroy, Courtney Patton, and Adam Hood gave attendees an opportunity to not just watch and hear, but listen if they wanted, and in performance spaces like Key West’s southernmost point on a beach, or on the Sunset Pier with sailboats and blue water creating the backdrop. Zane Williams had a great solo set at Durty Harry’s, as did Jason Eady, who proved just a man and a guitar can still compel a crowd as good as a full band when it’s the right performer, and the right songs. As epic as Tyler Childers’ set was at the main stage Truman Waterfront Amphitheater Friday evening right before headliners Trampled by Turtles performed, seeing him play acoustic on the Sunset Pier Saturday afternoon was just as entertaining.

Perhaps the only performer who didn’t particularly rise to the enchanting environment in which they found themselves was Kevin Fowler, whose song “Don’t Touch My Willie” and canned Texas pride felt out-of-place. Unmistakably, Kevin Fowler brings a party, and has his fans and proponents for a reason. But his particular brand of self-affirming country felt a little too light on substance compared to the rest of the Mile 0 Fest performers. It was also during his set when someone started distributing condoms into the crowd, which ended up being blown up and tossed around like balloons by the time The Randy Rogers Band took the main stage to close out Mile 0 Fest Saturday night.

There were so many stellar performance, each that probably deserve their own review, from Bonnie Bishop and John Fulbright on the main stage Friday, to Kylie Ray Harris being backed by The Band of Heathens for a special EP release at the Smokin’ Tuna, an encapsulation of the entire Mile 0 Fest experience could go on forever, and still leave important moments, performances, and artists out. Due to the increased capacity, some events were difficult to get into, like the Charlie Robison Tribute, leaving some attendees frustrated. But with the intimacy some performances necessitate to be special comes a limited audience capacity. However every performance at the Truman Waterfront Amphitheater could be enjoyed by everyone, and didn’t feel like you were being herded through cattle guards.

Mile 0 Fest 2019 also felt like an important event for the greater Texas and Red Dirt industry, with Ben Ryan from Ft. Worth’s 95.9 The Ranch acting as Master of Ceremonies, and doing a stellar job in that capacity. Regional group leaders who are doing what they can to expand the love for Texas and Red Dirt into different markets like Red Dirt North Carolina and The Florida Red Dirt Country Club were in attendance. Photographers from all around the country like Robert Millage from Idaho, Patrick Tewey from New York, and Brad Coolidge from Texas all made the trek. Managers, publicists, booking agents, and others had made it down to the island, seeing it as a networking opportunity, and with the up-and-coming talent the festival features, it offers discovery opportunities for industry and fans alike.

Photos below by photographer Brad Coolidge. Brad can can be found on Instagram and Twitter. Select photos also by Robert Millage, whose photos from Mile 0 Fest can be found by CLICKING HERE. Other select photos by “Trigger.”

Apologies to any artists not pictured or mentioned. 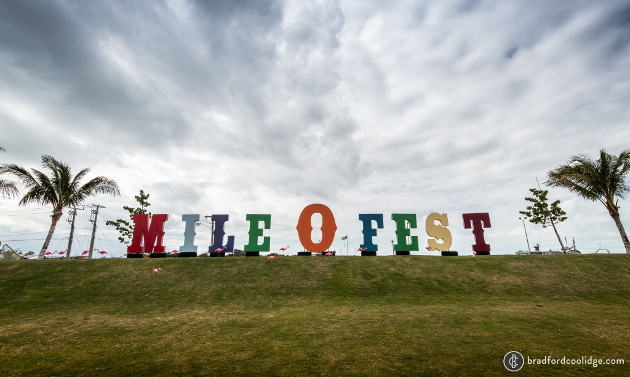 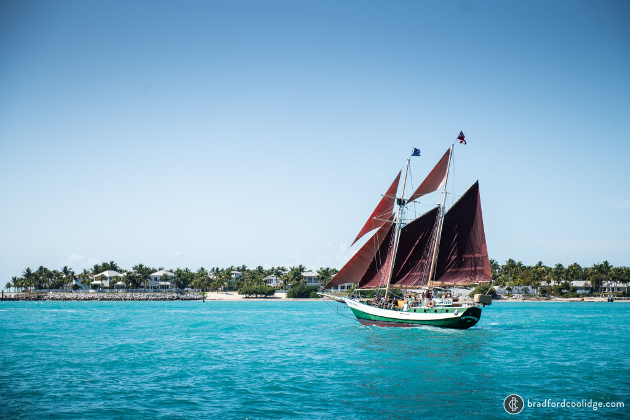