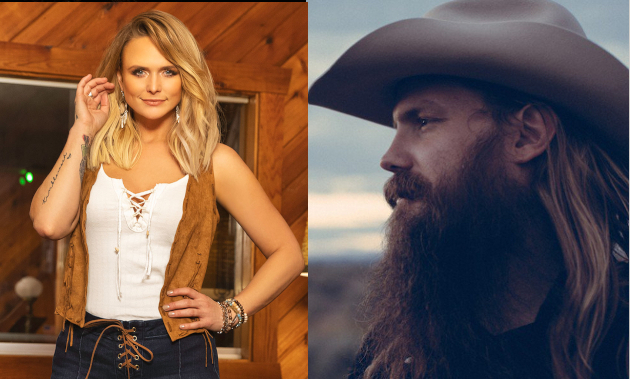 Man, the Academy of Country Music sure knows how to soft pedal the excitement behind some of their awards. Each year they announce their New Artist of the Year recipients by basically having some intern cap off a tweet on a random Tuesday, and if you’re not paying close attention, you’ll miss it. Recently they’ve been unveiling their ‘Decade’ awards, and are doing it in a similar fashion, stringing them out over months instead of having an event to announce them, surprising artists backstage at gigs and shoving an award in their face as a few flashbulbs go off, and then sending a blurb out on social media. Congratulations.

Most of the winners are pretty obvious, and easy to be offended by if you’re an actual country music fan. Florida Georgia Line was give a trio of awards, including Breakout Artist of the Decade, Single of the Decade for “Cruise,” and Music Event of the Decade for “Meant To Be” with Bebe Rexha. Hate on “Cruise” all you want, but it’s probably deserved just because of the impact the song had in launching the Bro-Country era in earnest, for better or worse. But the Bebe Rexha joint shouldn’t qualify for anything in country, and when we look back on the past decade, Florida Georgia Line very well may be the punchline, while Luke Combs could be the “breakout” artist of note, even if he got a late start.

Jason Aldean was also named Artist of the Decade back in April, which is very highly debatable. Has that dude really done enough to deserve a distinction like that?

But there were also a couple of awards that speak to how the last decade in popular country hasn’t been all bad. Miranda Lambert won Song of the Decade along with songwriters Tom Douglas and Allen Shamblin for “The House That Built Me.” Not much has gone right in the last decade of country music, but one of them was the solidifying of this track as a bona fide standard during an era where few true standards have been launched (or adhered to). Tanya Tucker recently covered “The House That Built Me” on her comeback record, While I’m Livin’.

In 2011, “The House That Built Me” won the ACMs for Song, Single, and Video of the year. Since then, nothing has come even close in the mainstream to dethroning it. Miranda and the songwriters received the ACM Decade award on September 3rd when it was also revealed that the other nominees were apparently Eli Young Band’s “Crazy Girl” (2011), Lee Brice’s “I Drive Your Truck” (2014), Chris Stapleton’s “Nobody to Blame” (2015), Thomas Rhett’s “Die a Happy Man” (2016) and Dan + Shay’s “Tequila” (2018). So yeah, they got this one right at least.

Chris Stapleton didn’t win for Song of the Decade, but he did win for Artist-Songwriter of the Decade. This is different from Songwriter of the Decade, which went to Rhett Atkins. Though all the other Artist-Songwriters had about a half a decade start on Stapleton, it’s hard to say there’s been any other songwriter since that has had as significant of an impact on mainstream country as Stapleton. This marks his 10th ACM Award, for example. And if were speaking honestly, Stapleton probably deserves Artist of the Decade as well, not Aldean. Nobody’s had a greater impact in the last 10 years in country music than Stapleton, Jason Aldean’s touring numbers notwithstanding. And nobody has more country awards, ACM or otherwise in the last decade than Miranda Lambert.

Anyway, you would think when we’re awarding stuff like the best of something over an entire decade, we’d make a bigger deal than just ambushing artists backstage somewhere and snapping a promo photo. But again, this is the ACMs. We’ll have to see in the coming months what they come up with for Duo and Group of the Decade, and whatever other awards they have up their sleeve leading up to the next ACM Awards presentation in April, 2020.