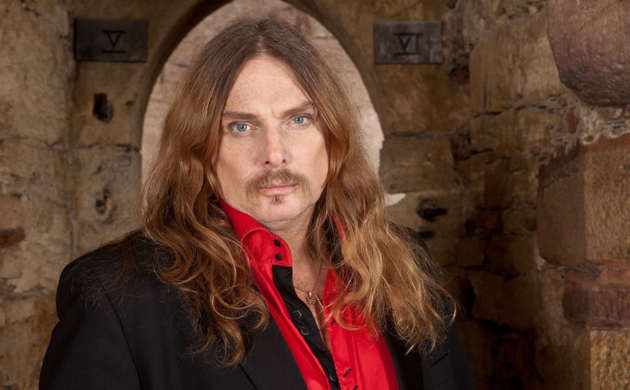 Phil McCormick, the current lead singer for Southern rock band Molly Hatchet, as well as a singer for the long-time touring band The Roadducks, has passed away at the age of 58. He died Friday night (4-26) according to close friends and band mates. No cause of death has been revealed.

Phillip Wallace McCormack first appeared in the Southern rock scene with The Roadducks in the early 80’s, appearing on their 1987 album Get Ducked, as well as singing on two tracks on their 1992 album Let It Ride. Originally formed in 1976, The Roadducks were perennial openers for numerous bands in the Southern Rock scene, including The Charlie Daniels Band, the Marshall Tucker Band, The Allman Brothers, and Molly Hatchet. When original Molly Hatchet singer Danny Joe Brown left the band briefly in 1992, Phil McCormick filled in. Then in 1995 when Danny Joe Brown left the band permanently for health reasons, McCormick became the Molly Hatchet lead singer all the way until his death.

The news was first announced by Jay Nedry of the Roadducks, who said in a statement:

With a deep and profound sense of sadness, [we] share the passing of Phil McCormack. He and Bob ‘Bopper’ Gaynor are off at some bar in the great beyond getting tuned up to sing harmonies together as only they could. We met at Louie’s Rock City in 1978. The Ducks were living in New Haven, Connecticut at the time and later that year we met Molly Hatchet on their first tour. Their drummer, Bruce Crump was a prep school classmate of mine at Staunton Military Academy. That chance meeting changed all of our lives in the band, as we met Marshall Tucker, The Outlaws, Blackfoot, 38 Special, Lynryd Skynyrd, The Allman Brothers, and Stevie Ray Vaughn from that encounter and did shows all over the country together as a direct result.

Phil joined the Ducks in 1982 and joined Molly Hatchet shortly after Kim Cocho and I bought Jaxx out from Nick Dukovich in 1997. Phil was a fabulous, singer, band mate, brother, and human being. Collectively we spent thousands of hours that turned into thousands of days together, creating an unbreakable bond few people are fortunate enough to ever experience. A song I will always hear Phil singing “Won’t you bury me with my chaps on, and my six-gun by my side …hidin in the Desert Skies.” Desert Skies Marshall Tucker Band. Pull that song out and listen to it today and many other days and think often and fondly of Phillip Wallace McCormack.

Best known for their hit “Flirtin’ With Disaster,” Molly Hatchet formed in Jacksonville, Florida in 1971, and along with their fellow Jacksonville natives Lynyrd Skynyrd, helped spearhead the sound and style of Southern rock for generations. Singed to Epic and Capitol Records, they earned two platinum records, and a double platinum record with 1979’s Flirtin’ with Disaster. After joining the band, Phil McCormick appeared on seven of the band’s recent records: Devil’s Canyon, Silent Reign of Heroes, Kingdom of XII, Warriors of the Rainbow Bridge, Southern Rock Masters, Justice and Regrinding the Axes.

With the passing of Phil McCormack, many of the members associated with the band have now died. Danny Joe Brown, who Phil McCormack replaced, died in 2005. Dave Hlubek, who formed Molly Hatchet in 1971, died in 2017. Guitarist Duane Roland passed away in 2006. Drummer Bruce Crump died in 2015, bassist Banner Thomas in 2017, and Jimmy Farrar, who sang with the band between 1980 and 1982, died in November of 2018.

“It is with great sorrow to announce the passing of our friend and band member, Phil McCormack,” Molly Hatchet said in a statement. “Our condolences and prayers go out to his family during this time of loss. Phil’s contributions to Molly Hatchet were heard around the world. He will be missed but never forgotten.”