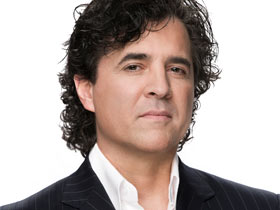 Founder, president, and CEO of Big Machine Records Scott Borchetta, affectionately known around Saving Country Music as the Country Music Anti-Christ, and arguably the most powerful man in Nashville, continues to reign in on the freedom and creative control of his performers, and significantly influence their musical decisions—something that is in stark contrast to one of the benchmarks that made Big Machine one of the most sought after destinations for artists as one of the few Nashville-based major labels that generally allowed their roster to do what they wanted.

During the writing and recording phase of Taylor Swift’s last album Red is when Borchetta first notably inserted himself into the creative process, suggesting to Taylor that her songs were not good enough, and that she solicit the help of Swedish pop producers Max Martin and Shellback to help write, record, and produce songs, resulting in Swift’s most pop-oriented material to date.

Now according to Swift, she had to go against the wishes of Scott Borchetta and strong arm Big Machine Records to release her latest song “Sweeter Than Fiction” as part of the upcoming film One Chance. “I had to fight to do this,” Swift told the BBC, “I had to go around and ask people, ‘Can I please, please put something out?’ even though we’re supposed to be going quiet. My management, my label were like, ‘No new music until the next album comes out.’“

Eventually Taylor Swift did get her way and the song was released, but the song has received little push from Big Machine.

Scott Borchetta was initially bestowed the nickname “Country Music Anti-Christ” because he was the principle man behind-the-scenes slowly eroding the integrity of the term “country” by using country channels to push pop music, cross-genre music, and manufactured “Outlaws” to take advantage of marketing angles.

One such example is Justin Moore from Big Machine’s Valory Music imprint. Arguably the most audacious of the “new Outlaws” looking to capitalize commercially on growing anti-Nashville sentiment, Moore released an album in 2011 entitled Outlaws Like Me. His latest effort Off The Beaten Path just released in September includes a song called “I’d Want It To Be Yours;” an awful, immature example of both the tasteless direction of mainstream country, and the country rap trend. The song includes hip-hop elements, a small bout of rapping, and references to pop celebrities like Snoop Dog and Kim Kardashian—all from a guy that claims to be too country for Nashville.

“‘I’d Want It To Be Yours’ is ridiculous,” says Justin in the EPK for the song. “It’s just me being a perverted idiot in all honesty…I never thought it would end up on an album. We wrote it just kind of as a joke.”

The song seemed to take a very similar life to the infamous track “Honky Tonk Badonkadonk” that even lends a lyric to “I’d Want It To Be Yours.” It was written sarcastically between a few songwriter buddies looking to blow off steam. But Scott Borchetta saw something different. “When we were playing stuff for the label, Scott Borchetta said, ‘You have to put this on the album.'” Justin Moore explains. “And I’m going, ‘Really?'”

As Scott Borchetta and Big Machine Records continue to win market share and talent from its rival labels on the Music Row campus, his propensity to inject himself more and more into the creative process could become a bigger problem. Excessive control of artists is the classic sin of Nashville’s big music labels, and as Big Machine gets bigger, so could the artistic control dilemma, and the dilemma of maintaining control over the quality and purity of the term “country.”