Music From Season 3 of “The Ranch” on Netflix 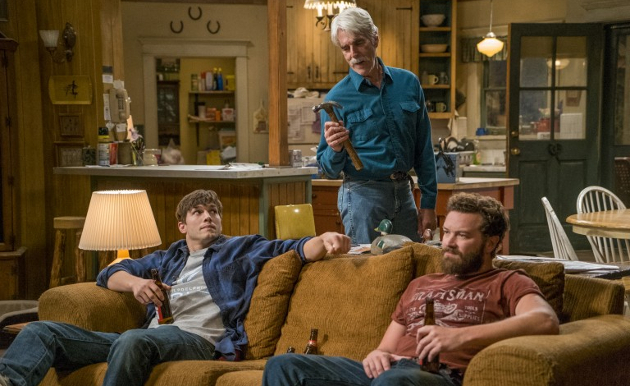 Netflix recently released Season 3 (or Part 3) of their original series The Ranch starring Ashton Kutcher, Danny Masterson, Debra Winger, and Sam Elliot. Set in Garrison, Colorado, the story is about a washed up football player (Ashton Kutcher) who returns home to find his father (Sam Elliot) struggling to keep the family ranch going. The 30-minute comedy is filmed in front of a studio audience, and feels very much like a network TV sitcom, except there’s no commercials, and the dialogue will find the occasional swear word.

Music, and country music specifically plays a big role in the series, not just in the soundtrack, but in many of the jokes told, and in the titles of each episode. For example the episodes are all named after Tim McGraw songs.

Many other musical Easter eggs are placed throughout the series for music fans, such as posters on the wall, and albums in the local bar’s juke box that include covers for a Bo Deans record, Steve Earle’s Terraplane, The Deslondes self-titled release, Robert Ellis’s The Lights from the Chemical Plant, Shakey Graves’ And The War Came, and other independent country and Americana releases. The most recent season features music from Cody Jinks, The Cactus Blossoms, Molly Parden, The Deslondes, Conway Twitty, and Patsy Cline.

The Ranch loves to lay music low during scenes, which sometimes can make it hard to discern. So if you hear a song not on this list, feel free to share.

List of (Some) of the Songs Featured on The Ranch:

Episode 1 – My Next Thirty Years

“My Church” – Maren Morris (during haircut)

Episode 3 – Take Me Away From Here

“Time To Believe In” – The Deslondes (beginning of episode)

“The House That Built Me” – Miranda Lambert (Maggie mopping the bar)

Episode 4 – She’ll Have You Back

“Star of the Show” – Thomas Rhett (at the water tower/ending)

Episode 6 – Find Out Who Your Friends Are

Episode 7 – One Of Those Nights

“Sand in the Bed” – Hudson Moore

“Drinkin’ Problem” – Midland (in the bar)