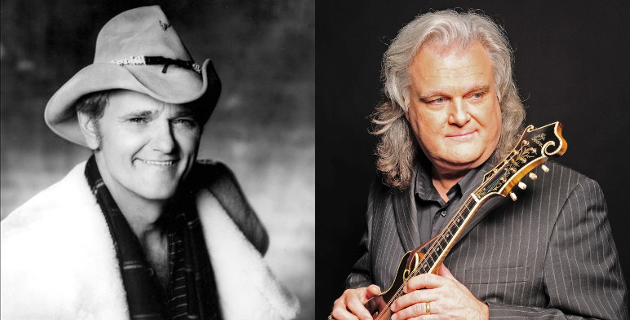 Jerry Reed and Ricky Skaggs may still be on the outside looking in when it comes to the Country Music Hall of Fame, but the Musicians Hall of Fame in Nashville, located on the other side of downtown in the Municipal Auditorium, has decided these two country music superpickers are worthy of induction. And along with Garth Brooks and his ‘G’ Men—the studio players who’ve appeared on every one of his albums—they comprise the country music inductees in the Hall of Fame’s 2016 class.

Not exclusively a country music institution, the Musician’s Hall of Fame has also announced that the soul hitmakers of the Sigma Sound Studio will also be part of the 2016 class, and estranged Eagles guitarist Don Felder will receive the “Iconic Riff Award” for his work on the guitar solo for “Hotel California”—possibly the most well-recognized extended guitar solo in American music.

Engineer Awards were also announced for Lou Bradley, Mark Miller, Ron “Snake” Reynolds and Joe Tarsia, and the Producer Award is going to long-time Garth Brooks collaborator Allen Reynolds, making Garth and his studio support staff the marquee inductees in 2016. Garth’s studio players are scheduled to give a rare performance with him for the October 26th induction ceremony.

Though known by most as performers, both Jerry Reed and Ricky Skaggs are recognized as being masters of their instruments of guitar and mandolin respectively. Both can be found on countless recordings without their names on the covers, and have great respect among their musician peers. Both have also been mentioned as finalists for the Country Music Hall of Fame for the last few years.

Garth Brooks, though an attention-grabbing pick, has been a long supporter of the Musicians Hall of Fame and shining a spotlight on the side men and session players who many times go unheralded in music.

The Musicians Hall of Fame was formed in 2006, and also houses a world-class collection of musical instruments and memorabilia. In 2010 they were forced to move from their original location after local authorities issued an eminent domain notice on the property, ultimately resulting in numerous instruments getting damaged in Nashville’s 2010 floods as the institution searched for a new home.