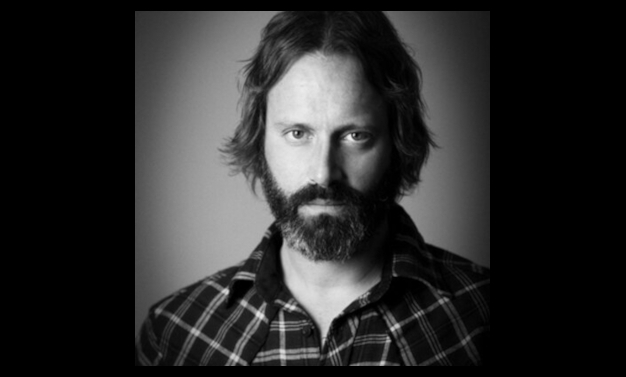 Tuesday, September 10th is Suicide Prevention Day, and the day has been observed with renewed importance by many in the independent country and roots world after the recent passing of songwriter, guitar player, and producer Neal Casal. The 50-year-old took his own life on August 26th leaving many with lingering questions about what happened, and what could have been done to prevent it. As cliche as it sounds when speaking about deceased people, Casal was considered a sweetheart of a guy, and it came as a shock to many when they heard the news.

A week before Neal Casal’s death, he’d been working in the studio with his band Circles Around the Sun on their new record. Casal had other projects lined up to produce or play on in the future. Earlier this year he produced the soon-to-be-released sophomore record from classic country artist Zephaniah OHora, who not only considered Casal his producer, but a close friend.

“Neal and I met in New York at my album release party for ‘This Highway,'” Zephaniah explains to Saving Country Music. “He was long time friends with my manager Gary Waldman and Jon Graboff who played pedal steel on my records and with various projects with Neal over the years. I of course knew of Neal and was a fan of his writing and playing. So it was a pleasant surprise to see him there, and even more so when he excitedly told me after the show how much he loved my songwriting. My interaction with Neal that night was a big time highlight of the evening.

It was somewhat of a shock to hear that Zephaniah had chosen to go with another producer on his new record after the combination of Jim Campilongo and Luca Benedetti had done so well on his debut record. But OHora made a deep connection with Neal, and a collaboration was hatched.

“We kept in touch and about a month later I went and saw his band Circles Around The Sun play for a late night Phish after party show at the Gramercy Theatre in NYC. Neal was so warm and genuine, and we just hung out before the show and had some good laughs and talked about music. Fast forward to a year and change later and I just had this sense that I needed to find someone I hadn’t worked with yet to produce the new album. My buddy Joseph West said, ‘Dude how ’bout you ask Neal Casal to work with you?’ I thought well damn, that just might be the perfect choice. So I called Neal up and he said he’d think about it. I believe because he had such a respect for the song and putting a record together. It really was never about him. He was so gifted artistically and had such deep musical intuition. He was someone who had a true passion for musical integrity. So he took that decision seriously.“

Zephania OHora is not the only rising traditional country artist Neal had worked with recently. He also played guitar on an upcoming record from California country throwback Jaime Wyatt.

“May you rest easy buddy,” Wyatt posted upon his passing. “I followed Neal’s playing for years and got asked if I was ok with him playing on the new record—to which I responded ‘holy fuck, I’m more than ok with Neal Casal playing guitar on the album.’ I knew him from Ventura and we’d talked about writing but I never really thought I could ask him for his time. I got to bond with him in the studio with our buddies and it was the coolest experience to date. He gave me a bunch of his guitar straps when he heard me say I only had one guitar strap at the moment. He made me feel supported and was so passionate about my music. He treated me like an equal musician and it is for these qualities that I was moved by his soul. Very saddened to have to say goodbye to this friendship. At least in an earthly sense, maybe he’s gonna float around and help save modern music, just as he did here in this life.”

Originally from New Jersey, Neal Casal started his career with the band Blackfoot in 1988. He might be best known as the guitarist for The Cardinals behind Ryan Adams from 2005 to 2009 when he put himself on the national map as a respected guitar player. From there he would collaborate with a host of who’s whos in alt-country and rock, including Chris Robinson Brotherhood, Hard Working Americans, The Skiffle Players, GospelbeacH, Phil Lesh of The Grateful Dead, and Shooter Jennings. He also released 12 solo albums of his own.

“I think that people are quick to recognize Neal for his guitar playing, but not only was he also a really great songwriter, he just had an incredible voice,” says Zephaniah OHora. “He sang harmonies on many of the songs on the new record … Neal had this way of directing the band during live takes where he would work with us to get us to a space where we were, as he said ‘making music.’ Eventually when the take was done, he would call us into the control room. The playback would start and he’d do this sort of conducting of the music with his hands and/or body movements while either making eye contact with you or just visibly really enjoying the music while standing facing the mixing console. That’s one of my all time favorite memories of Neal is what I guess I’ll call ‘Neal’s cosmic musical conducting’ during the playback of a take. When the take was right Neal would do his thing and you knew you had something magic on tape.”

Neal Casal is gone, but his legacy will live on in his own music, and the countless projects he contributed to as one of the truly behind-the-scenes heroes of music.

“It’s really hard to find the right words to describe how I feel about Neal’s passing,” Zephaniah reflects. “I feel honored and incredibly thankful I had the opportunity to create music with him. We forged a special bond together making that record. And he brought me to some places spiritually and emotionally making that record that I’ve never been to before. I’m eternally grateful to him for that. It’s hard to accept that my friend has left this realm. I don’t think you really ever get over the passing of someone close, you just absorb it. And experiencing that becomes a part of your new identity. I think I’ll still continue to learn things from Neal, and in some way he’ll always be here with us through the music.“

Stay tuned for more information on the upcoming Neal Casal-produced record from Zephaniah OHora, as well as the new record from Jaime Wyatt.