Ned Ledoux Carries On Father’s Legacy with “Forever A Cowboy” 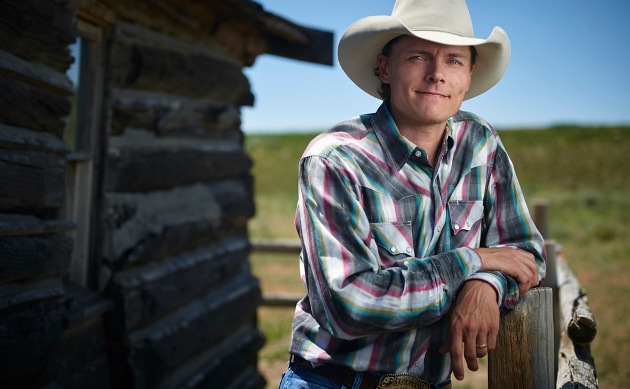 We want our country and Western artists to be the real deal. Even if it doesn’t make any bit of difference in the quality of the music, or the infectiousness of the melody, we want to know that they sing what they live, and live what they sing. Somehow, it makes the music sound better. We want to believe that we’re hearing the real stories straight from their heart, and they only do this music thing in between living lives of authenticity and poetic symbolism simply from getting up and putting on their boots every day.

This is especially true for the Western side of country, where the singing cowboys under big skies induced the poetic core and pentameter into country music’s internal makeup from the stories and rhymes they spun around campfires when there was no other means of entertainment other than entertaining themselves. After the West was conquered with barbed wire and Federal protections, the farmers and ranchers of the West have kept these customs alive, even if they’ve drifted farther away from earshot from their country brethren back east.

That authenticity of Western music is where the appeal lay with Chris LeDoux for many years, and what allowed him to sell some six million records and perform for so many people without signing any sort of record deal. Before the era of independent country we find ourselves amidst today where indie-signed artists are dominating album charts left and right, Chris LeDoux was an independent stallion that even 2016’s big independent stalwarts couldn’t keep up with. And he did it all as a side gig while becoming a nationally-recognized rodeo champion and keeper of his own spread in Wyoming.

Chris LeDoux’s death in 2005 due to Cancer cut his career short, and never allowed him to take the victory lap his career deserved. Rest assured if Chris were still around today with how bad mainstream country has become and with so many fans searching for authenticity, he would be riding a second wind. But he’s not around any more, yet that doesn’t mean his legacy is in jeopardy of falling through the cracks. 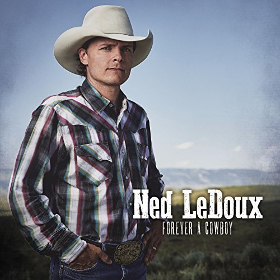 Chris LeDoux’s son Ned, who started playing drums in his father’s backing band Western Underground way back in 1998, has stepped up to take the reigns from his father. Though first a bit timid to take center stage in his father’s absence, he now sees it as his duty to introduce a new generation of country fans to his father’s music, while also bringing his own voice to the forefront.

His new EP recently released through Thirty Tigers called Forever a Cowboy finds the younger LeDoux reprising his father’s role as a cowboy country singer, while putting his own stamp on the music. You’ll hear a deep cut from his father’s discography in “Johnson County War,” and a collaboration with his father on “We Ain’t Got It All”—a song the younger LeDoux finished from a stack of lyric sheets his mother found, adding substance to the symbolism of the one LeDoux handing off the musical baton to the other.

The Forever a Cowboy EP is rough and rugged as the world that inspired it, hewn out of high timber and antler, and strapped together with rawhide. This is a Western album in every sense, and will find thirsty ears in an era when such sounds and sentiments are hard to come by. Helping Ned Ledoux with the effort was producer Mac McAnally, who also worked on some of his father’s records, once again making sure the LeDoux sound makes the generational leap. The album is capped off by a very personal song from Ned called “The Hawk,” which is inspired by true events after the passing of his father.

We grow so attached to our favorite country and Western artists that when they pass on, even if it’s before we lived, we look for the closest living bridge to them to continue on their legacy. There is a pedigree to country music, and even though it’s a fair assessment of most any second, or even third generation country artist that we may not pay nearly as much attention to them if it weren’t for their family name, Ned LeDoux, like others, is in the unique position to carry on that legacy better than anyone else. And as Forever a Cowboy proves, he’s not only uniquely qualified, he is more than capable.

Purchase Forever a Cowboy from Amazon

If you do the Spotify thing, you can listen below.