New Willie Nelson Album “Ride Me Back Home” On The Way 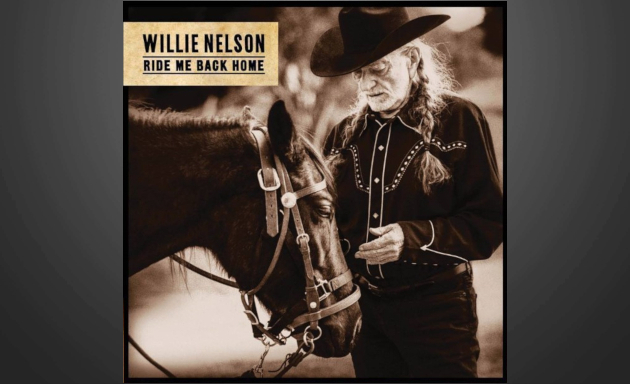 Willie Nelson’s latest album will be called Ride Me Back Home, and will once again be produced by Buddy Cannon, with a release date forthcoming sometime in June. This is the news coming out of an exclusive SiriusXM taping that occurred at Willie’s ranch outside of Austin on April 13th in the chapel of his own private Western town, Luck, TX.

The new album will include multiple originals written by Willie with Buddy Cannon, as well as a few familiar tunes. Those who’ve seen Willie Nelson perform lately probably got a kick out of his rendition of Mac Davis’s 1980 hit “Hard To Be Humble.” Willie’s version apparently makes the track list, as does a cover of Guy Clark’s “My Favorite Picture Of You,” which was the title track from Clark’s final album released in 2013. There’s also a recording of Billy Joel’s “Just The Way You Are” that at some point may have been bound for a tribute for the piano legend that didn’t materialize, but will make the track list for the new album instead.

Of the originals on the new record, one is called “Come On Time,” which is said to carry the same strong theme of mortality as Willie’s recent “Still Not Dead” did. Another original is called “One More Song to Write,” and a third is called “The Seven Year Itch,” which Buddy Cannon says means something different to him every time he hears it. “I still don’t know what that is.”

The title track for the record was written by Sonny Throckmorton, who was said to be inspired to write the tune after he heard of Willie’s work adopting horses, which he stables at his Texas Hill Country ranch surrounding Luck. A picture of Willie with a horse adorns the front cover of Ride Me Back Home.

Expect the release of the full track list, official release date, a new single from the record, and more details soon.