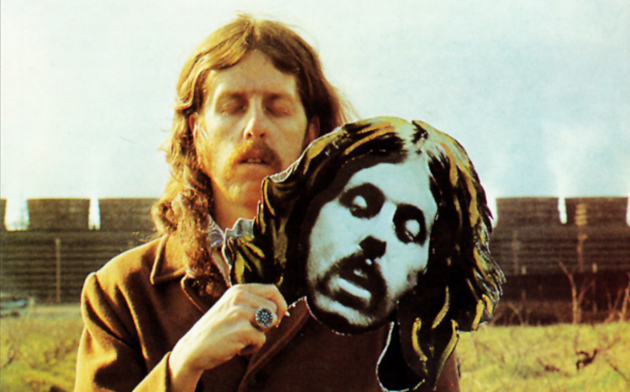 Chris Darrow, multi-instrumentalist, singer and songwriter, country rock pioneer and member of multiple influential bands including the Nitty Gritty Dirt Band and The Corvettes who backed up Linda Ronstadt, has passed away according to his representatives. He was 75-years-old.

A centerpiece to the country rock movement spanning from the mid 60’s into the 70’s, Chris Darrow’s list of contributions and accomplishments are vast, including being one of the founding members of California’s influential bluegrass outfit the Dry City Scat Band in 1964, playing with David Lindley, Richard Greene and others, and hanging out with Chis Hillman of The Byrds at the time. Darrow would follow Hillamn as a bluegrass musician transitioning into more rock-oriented music, doing time in The Floggs, and eventually the well-known psychedelic band Kaleidescope in the mid 60’s along with fellow Dry City Scat member David Lindley.

1967 is when Chris Darrow’s name would go more national when he joined the Nitty Gritty Dirt Band, replacing Bruce Kunkel, recording two albums with the outfit, Rare Junk and Uncle Charlie & His Dog Teddy, as well as appearing in the Clint Eastwood Western musical film, Paint Your Wagon with the band.

From there he formed The Corvettes with fellow Nitty Gritty Dirt Band member Jeff Hanna in 1969, and they were soon tapped to be the backing band for Linda Ronstadt just as her country rock career was exploding. Jeff Hanna eventually left The Corvettes to return to Nitty Gritty, and was replaced by Bernie Leadon, which put together one of the early building blocks of The Eagles—speaking to how deep Chris Darrow was embedded in the earliest incarnations of country rock.

From there Chris Darrow launched a solo career, releasing a total of 10 records between 1972 and 2006, while composing songs and playing on multiple recordings from numerous artists, including James Taylor, John Stewart, Hoyt Axton, Harry Chapin, and others. Chris Darrow was also considered a mentor to Ben Harper, who recorded his song “Whipping Boy” on his 1994 record Welcome to the Cruel World. Ben Harper posted upon hearing about the death of Chris Darrow,“I didn’t go to college, I went to Chris Darrow…”

Born Christopher Lloyd Darrow on July 30th, 1944 in Sioux Falls, South Dakota, he grew up in Southern California in the Los Angeles suburb of Claremont. His father was a jazz clarinet player, and Darrow began to play ukulele at an early age, transitioning to guitar at 13. His interest in American roots music came from attending Pitzer College in Claremont where he studied folk and bluegrass music under well-known musicologist and musician Guy Carawan. He also attended the Claremont Graduate school, eventually earning a master’s degree in art. Darrow’s first professional gigs were playing with the Dry Scat Band at Disneyland, and at the famous Ash Grove folk club in Hollywood.

Darrow was also passionate about photography, and was responsible for numerous cover photos for records.

“The number of musicians he supported, inspired and helped launch made him a godfather of California’s country rock of the late sixties,” said Everloving Records upon his passing, who reissued his well-regarded 1973 self-titled release in 2009.

More information on Chris Darrow’s passing when it is available.