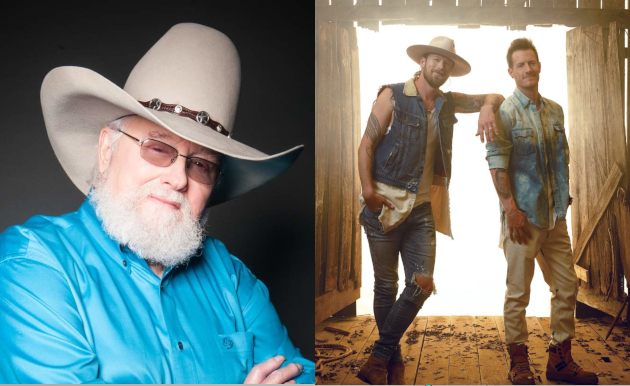 Don’t ask Charlie Daniels a straight question unless you want a straight answer. Recently while appearing on Fox News and celebrating the 40th Anniversary of his signature song “The Devil Went Down To Georgia,” Daniels was asked if he was okay with bands like Florida Georgia Line changing the sound of country, to which he responded emphatically and succinctly, “No.”

The Country Music Hall of Famer went onto say, “When I say something like that people think I’m being critical and I’m not. We were considered pretty radical when would came around. All I’m saying from my point of view I can’t tell one song from the other.”

That sounds pretty critical to me. It also sounds correct when considering the sameness washing over much of the music they play on country radio, or even radio in general where no matter what station you turn to, you’re likely to hear someone rapping over electronic beats just like Florida Georgia Line.

Charlie Daniels was interviewed for over four minutes in the Fox News segment, with plenty of opportunities for applause from the (mostly) conservative crowd when it came to Daniels helping to support the troops with his charitable efforts, and lashing out at the growing acceptance of socialism. But it was his point about the same sounding nature of much of today’s radio country that drew the only loud applause of the interview.

“I can’t tell one artist from the other,” Daniels continued. “And I don’t mean it in a critical sort of way because I’m a living life kind of guy. We do our thing and let everybody do their thing. The stuff we played, they said ‘that ain’t country,’ — I said I never claimed to be country. We play American music. We play some of all the music that’s come across in America. We play country and bluegrass and rock and gospel and jazz and everything.”

In fairness, Charlie Daniels did not turn down his Country Music Hall of Fame induction when they came calling, but even as a guy that bent genres and dabbled in all different styles, his music was still more distinctly country than most of what is called country in the mainstream today.