No Horns, and No Laur Joamets on Upcoming Sturgill Simpson Tour 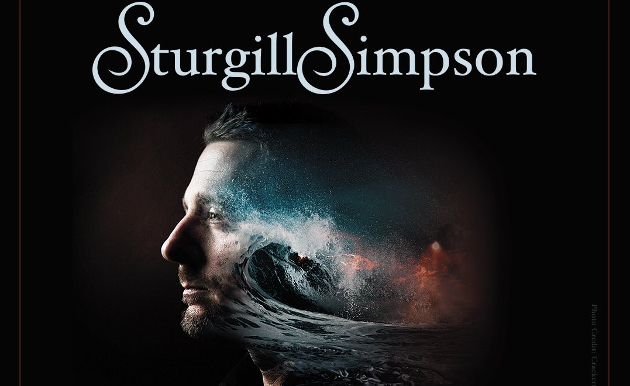 Despite plans to take 2017 off from touring after the birth of his second child, Sturgill Simpson decided to book a Summer/Fall tour this year after high-profile Grammy nominations had the whole world asking “Who the Fuck Is Sturgill Simpson?” and liking the answer they found. A viral performance on Saturday Night Live, a Grammy win for Best Country Album, and the nomination for the Grammy’s  Album of the Year has Sturgill Simpson as one of the fastest-rising names in music, yet again.

Tickets for his upcoming tour are selling out so fast, they’re showing up for upwards of $400 on the secondary market. Sturgill made his first 2017 post-Grammy appearance at the Okeechobee, and many fans noticed there was no Laur Joamets, and no horns on stage with him. After the rumor mill got stirring in earnest, Sturgill addressed the issue directly on Sunday (3-5) afternoon.

We’re all very sad to say that after nearly four years Laur Joamets has decided it’s time to move on to pursue greener pastures and a gig with little more wiggle room for him to stretch out. It’s been a pleasure and an honor watching him grow into one of the baddest guitar players on the planet and everyone in the band wishes him the best in his future endeavors. To be completely honest, I realized last night how much I’ve missed playing electric guitar without even knowing it so I guess as they say, “it was time”.
I’m also proud to say that Little Joe recently became the proud owner of a US green card and is working towards officially becoming a “Muhrican”.
Everyone in the band wishes him the absolute best in both his life and career and we cant wait to see what he does with his incredible talents.

It has also been an honor and a priviledge playing with the New Orleans horns boys (Brad Walker, Jon Ramm, Scott Frock) but sadly after touring nearly the entire world, every late night tv program and the Grammy’s I felt it was time to move on from the sonic template of ASGTE and get started on “what’s next”. We all had a wonderful year with them and made some great friends for life. Who knows,..maybe I’ll get an itching for the dirty brass again down the road.

With all that said, gonna be keeping it lean & mean with Miles, Chuck, & Bob this year.
After all,..heavy times calls for heavy music.
See ya on the road!!