Nothing Sacred: What is the Benchmark for Playing the Grand Ole Opry? 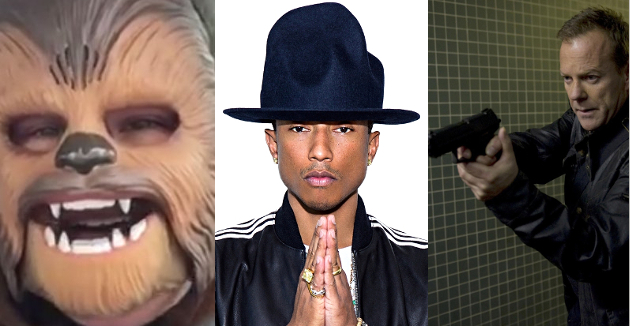 On March 15th, 1968, as the legendary folk rock band The Byrds were in Nashville to record what would become their iconic country music album Sweetheart of the Rodeo at Columbia Studios, they made an appearance on the Grand Ole Opry stage. Inspired by the passion for country music by Byrds member Gram Parsons, who along with bluegrass and country guitarist Clarence White assuaged The Byrds to go in a country direction with their music, they took the hallowed Grand Ole Opry stage to perform Merle Haggard’s “Sing Me Back Home,” and Gram’s Louvin Brothers’-inspired song “Hickory Wind.”

The Byrds would go on to expose an entire generation of music fans in California and beyond to the beauty of country music at a time that the counterculture was trying to distance from the traditional values symbolized by the genre, and would inspire scores of California country bands that today are considered essential to the country music canon.

But that was not how Gram Parsons and The Byrds were received on March 15th, 1968. As the band played “Hickory Wind,” they were heckled from the gallery of the Ryman Auditorium, booed and jeered as hippie longhairs, with some audience members crying out “tweet, tweet!” in criticism. The Byrds, no matter how respectful they were to the traditions of country music, were turned away as being inappropriate for the Opry stage.

Today it is a much different story. When was the last time you heard about anyone being booed on the Grand Ole Opry stage, or the Opry turning down a famous face that happens to show up? In recent weeks, Pharrell Williams, Kiefer Sutherland, and even Chewbacca Mom have made appearances with not just the approval of the Opry management, but to ovations from the Opry crowd. Meanwhile worthwhile country music talent like Cody Jinks, Whitey Morgan, and many more have never made appearances on the Opry.

The reason for such high-profile appearances from pop culture personalities is obvious: it helps promote the Opry to the rest of the world, especially now that the storied institution is not as well-known to new generations as it once was. The Grand Ole Opry has lost a bit of its prominence, but you can’t criticize it for being the parade of pop country faces that it was in the late 90’s and early 2000’s. Now many of the Opry’s younger members have virtually abandoned the institution, while older artists make up the majority of the performers.

But the Opry stage still symbolizes legitimacy. The Opry crowd didn’t boo The Byrds off the stage in 1968 due to their performance; it was because they didn’t belong there, and it could set a bad precedent. Later The Byrds proved why the Opry crowd was wrong, but at that time, the Opry faithful were not solely showing disdain for the Byrds, they were showing their concern for the Opry institution.

Today, it’s not just that you would never hear anyone booed on the Opry stage, no matter how bad their music is, or how inappropriate it is for them to be there. It’s that never is heard a discouraging word anywhere in country music about really anything. People seem to be resigned to the authenticity of country music institutions faltering, while the few outlying voices of dissent are cast off as “haters.” It used to be expected of country fans to voice their displeasure if it was called for.

The Grand Ole Opry is not alone in stretching itself beyond its defined borders. Recently the Country Music Hall of Fame has been setting up displays for country music’s current stars way before they would normally be recognized by the institution. Eric Church and Dierks Bentley are one thing, but recently Kelsea Ballerini got a display in the Hall. Granted, a lot of these displays are temporary, and take up space in a portion of the hall around the building’s vast archive that were once vacant. But again there seems to be no benchmarks in place for where an artist must reach in their career before being recognized.

READ – Past Due: Who Should Be The Next Grand Ole Opry Member?

Keifer Sutherland’s country music single “Not Enough Whiskey” is actually not a bad song, and is probably a lot better, and a lot more country than much of the music performed on the Grand Ole Opry by artists like Chris Lane, Sam Hunt, or Chase Rice. But where is the benchmark? Who at the Opry is really scanning the country landscape looking for the up-and-coming or worthy country talent that is due the recognition of playing the Opry stage? Highlighting these artists seems to be the way the institution can preserve its storied place in culture and society—not throwing the barn doors wide and taking all comers as long as they have a popular name or a viral video.

Just like The Byrds, it’s not about Kiefer Sutherland’s performance on the Opry being bad. It’s about all the better voices in country music being turned away while others are bequeathed the honored opportunity, and the boo birds remain silent.