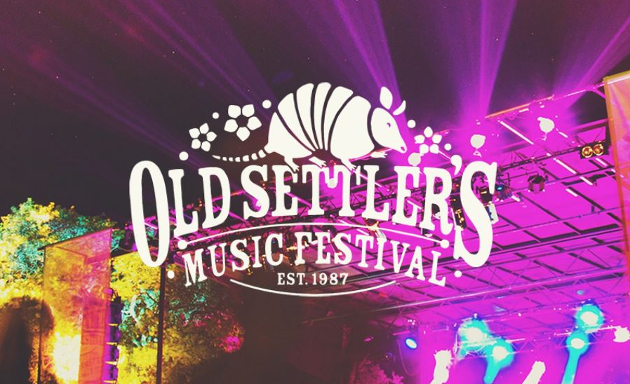 Maybe you have, or maybe you haven’t been following the strange and unfortunate row surrounding the Austin’s 31-year-old roots gathering called Old Settler’s Music Festival over the past few months. But it has come to illustrate a far too common problem in independent music, where egos and misunderstandings can evolve into outright turf wars, with music fans and musicians getting caught in the crossfire, and loyalties being crossed in a creative space already systemically plagued with limited resources, and one that is supposed to be about community first.

Long story short, the not-for-profit Old Settler’s Fest decided that in 2019, it would move from its location at the Salt Lick Pavilion near Driftwood, TX where it has been for the last 16 years, to a piece of property the festival purchased near Lockhart, TX. Originally the festival was planning on a two-year transition to give it plenty of time to do updates and improvements on the new property. However the owners of the Salt Lick Pavilion told Old Settler’s organizers that they didn’t want to have the fest at the facility in 2018, citing concerns about “alienating new neighbors” near the festival site.

It’s easy to get bogged down in the minutia and the back and forths of an issue like the one facing Old Settler’s, but the underlying concern is that it’s a festival that has been a live music institution in the Austin area for three decades, and for wherever reason, former partners decided to attempt to organize a rival festival for seemingly the sole purpose of undercutting Old Settler’s. It was a revenge festival. If the Salt Lick proprietors simply wanted to recoup lost revenue or start a festival of their own, they could have done so. Scheduling it on the same exact weekend and targeting previous volunteers and attendees was clearly an effort to undermine, not just to offer an alternative. They wanted to create a scenario of economic and logistical adversity to purposely harm the future endeavors of Old Settler’s.

This is an emerging problem in the roots music space, and can make an already difficult promotional environment almost impossible to work in. We saw a similar situation crop up between AmericanaFest in Nashville and the recently-launched Pilgrimage Fest in nearby Franklin, TN. Pilgrimage decided to book their dates on the long-standing weekend AmericanaFest has always held its event in September, and then went one step further by booking very similar acts and restricting those acts from playing AmericanaFest with radius clauses. All of a sudden both events were competing with each other for the same finite amount of independent roots fans in the same market. Luckily, the attendance for both events appeared to be strong in 2016, and in 2017, Pilgrimage Fest moved their event to the weekend after AmericanaFest to help alleviate the issue.

This predatory practice of promoting competing festivals simply to undercut competition has been occurring in the mainstream space for years as massive promoters such as Live Nation and AEG fight for turf in certain markets, more motivated by making sure their competitor doesn’t gain a foothold in a location as opposed to launching their own profitable event, sometimes resulting in the demise of both events. AEG’s Big Barrel Fest in Dover, Delaware was running up against LiveNation’s Delaware Junction in Harrington, Delaware in just this very scenario. In 2016, both events were canceled due to poor sales and attendance, arguably resulting in a region that was once oversaturated now being underserved.

But these are the big boys who can take a loss on a major event and write it off. For a grassroots, not-for-profit organization like Old Settler’s Festival who is doing it for the community support of music, such predatory practices can be disastrous, especially when the dispute or competition is with a much bigger promoter who moves into the area—a common problem being experienced throughout the United States as LiveNation buys up smaller promotional companies and festivals, often monopolizing certain markets when it comes to the festival space. LiveNation recently purchased 51% on Austin-based regional promoter C3 Presents.

Another issue for promoters big and small is the protection of critical data, which specifically played into the issue facing Old Settler’s Fest and its lists of volunteers. Now through the use of app data, geotracking, and social media, a rival or revenge festival can specifically target the attendees of the festival they look to undermine with Facebook ads. Whether by obtaining attendee and volunteer data directly, or simply seeing who checked into at a certain festival the previous year on Facebook, this can give rival promoters the ability to target likely patrons specifically down to their names and addresses.

The crisis is averted for Old Settler’s, for now. But it could crop up in the future, and has created a distraction from their main focus, which is putting on a family-friendly community-based music event. The issue has strained loyalties with long-time volunteers and partners, and diverted important time and resources to unnecessary legal matters. And for what, and why? The Driftwood area also deserves to host a roots festival if they wish, but why not schedule it on a date that avoids conflict with a competing festival to better serve both communities and organizations?

Whatever bad blood existed between the two parties (and the court has preliminarily ruled that Old Settler’s is in the right), the bigger picture should have been realized. Old Settler’s Fest is a cultural institution where people have been married, fallen in love, grown up, seen their favorite artists play for the first time, and made generations of memories. To destroy that heritage because of behind-the-scenes drama seems like a gross disrespect of the spirit of the music, beyond any business ramifications hurt parties might feel.

Even more troubling, it’s the perfect illustration of how the increasing trend of revenge festivals is putting even more pressure on independent promoters in an increasingly crowded and incorporated festival space. It’s tough enough for independent festival owners. Fighting with each other just makes matters worse, while fans look on and just want the drama to end and the music to begin.