Ozzy Osbourne is NOT Going Country, But Megadeth Daughter Is 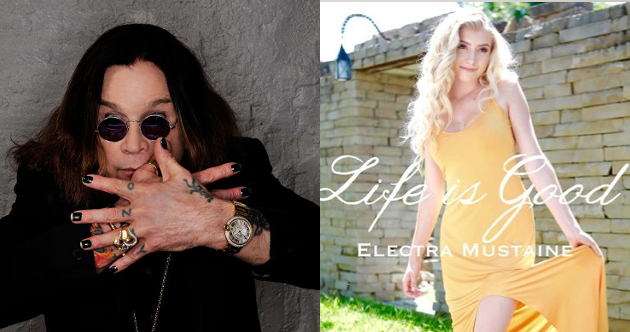 After so many high profile defections from rock to country, you really can’t rule out anyone taking the country music plunge, especially after the incorrigible Steven Tyler made the move recently. But there is one who has made his opinions unflinchingly known to where little doubt is left that we won’t see him writing songs with Shane McAnally on Music Row anytime soon.

Ozzy Osbourne was recently interviewed by Rolling Stone, and made it patently clear in remarks that a country move was nowhere in his future. Before the interviewer could even ask Ozzy the question in full, he interrupted and said,

“Not me, thank you. Personally, I think you should stick to what you know best. If Steven [Tyler]’s having a good time with it, who am I to complain? But it would be absurd for me to do that. I don’t mind country, but the ‘Prince of Darkness’ with a cowboy hat? I’m a rock & roller, not a fucking country bumpkin.”

Ozzy’s take is so refreshing, I won’t even take offense to the country bumpkin remark.

But there is a member of heavy metal royalty (or at least the offspring of one) who is launching a “country” career, and it’s not of the kind that would get true country fans excited. Apparently Megadeth frontman Dave Mustain’s appreciation for bluegrass did not translate to the next generation, because his daughter Electra Mustaine has made her intentions to launch a country career known, and unless Kelsea Ballerini is your thing, you’re probably better off avoiding it.

Whenever a song is presented as an “upbeat late summer jam,” you know you’re in for a saccharine, senseless, frappy waste of time, and that’s exactly what “Life Is Good” is. Where the Mustaine name for years has been synonymous with music meant to lay waste to the fruity, frivolous mundanity of mainstream life, his fair young daughter is looking to reinforce it.

Whatever sins Dave Mustaine committed to have his offspring be responsible for this swill, “country” music is having to pay for it as well. And it’s unfortunate because Electra showed such promise when covering Megadeth’s “I Thought I Knew It All” and posting a few other interesting videos. But in this case it appears the apple fell very very far from the tree.