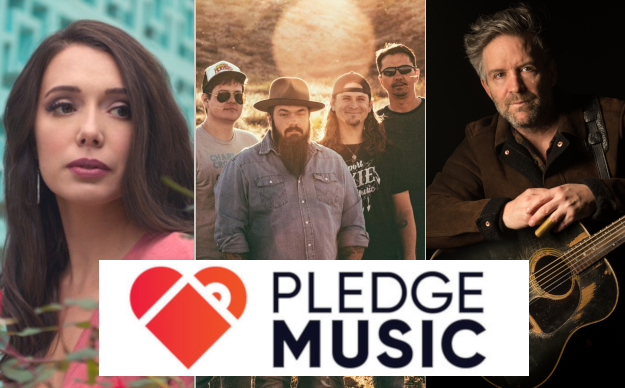 It’s official. After months of trying to locate buyers and investors for the failing music crowdfunding service and pleading with both performers and the public for patience, PledgeMusic co-founder Benji Rogers announced on Wednesday (5-8) that the company is officially heading for bankruptcy. That means many consumers who used the service to support their favorite artists in their efforts to self-fund releases will only receive their promised merchandise if the musicians themselves can fulfill the orders without receiving the money their fans raised for them through the platform. It also means musicians themselves are no longer PledgeMusic customers, they’re PledgeMusic creditors, who will have to wait in line through bankruptcy litigation with the company’s other unpaid partners to likely receive pennies on the dollar for the money pledged to them.

Launching in 2009 as a crowdfunding source similar to Kickstarter, PledgeMusic paid out over $100 million in artist payments and distributed some 50,000 projects over its tenure. However starting in the summer of 2018, artists began to complain about slow payments from the company amid a management overhaul. By mid February 2019, payments to artists and bands were completely suspended amid financial woes, and all campaigns on the site were frozen with little information coming from the company. Co-founder Benji Rogers returned to the company in January on a short-term basis to help with the crisis and spearhead acquisition talks. “I am sorry to say that the sale process that I have been speaking to you about over these last weeks and months for PledgeMusic was unsuccessful and that the buyers have withdrawn,” Rogers said in a statement on Wednesday, dashing all hope for a happy ending to the crisis.

The failure of PledgeMusic has put not just music projects in peril, it has put cash-strapped musicians in peril as they’re having to fulfill obligations to fans often at the expense of their own financial well being. In February, Saving Country Music reported how the Minnesota-based roots rock band The Plott Hounds were forced to scrap their PledgeMusic campaign, tell fans to cancel their orders through credit card companies, and plead with the public for understanding in the situation. They were one of many bands in the country and roots world who’ve had to beg and borrow to fulfill obligations to fans.

“Pledge Music has not sent me one penny of the money that you gave me to make this project, and I’ve been working very hard to fulfill my orders,” Nashville-based songwriter Tim Easton posted in a recent PledgeMusic update. “In fact things have gotten quite serious for me as I’ve had to move out of my house in Whites Creek, TN and am looking for a much cheaper place to live while I sort all of this out.”

Like many musicians, Tim Easton had used PledgeMusic to fund multiple projects over the years, with fans pledging their support in return for albums, merchandise, and other rewards for funding records ahead of their release. Some artists were lucky and were able to get their records out before the issues began with PledgeMusic in earnest, including Jamie Line Wilson’s October 2018 release, Jumping Over Rocks, which went out with few hiccups. But others like Kristina Murray’s September 2018 release Southern Ambrosia got caught up in the PledgeMusic problems.

“I hope you are still enjoying spinning the album and sharing with friends! I have some rather upsetting news to report, however,” Kristina Murray said to fans on May 6th. “After closing my successful and fully funded campaign at the end of September 2018, I was never paid out the earnings by PledgeMusic. In January of this year, all affected artists were told that any outstanding balances would be paid out within 90 days. I now see that I will not ever be receiving my campaign funding via PledgeMusic. As an independent artist with 100% of the financial burden, this is quite a devastating blow, as a I counted my campaign funding as part of my budget to press and promote my album (around $18k for pressing and promotion.) My campaign raised $4600.”

Like many other musicians, Kristina Murray is now asking for fans who pledged to their campaigns to reach out to their credit card companies and dispute the PledgeMusic charges, and then pay them directly. “Please contact your bank or credit card company and file a chargeback against Pledgemusic, citing FRAUD as the reason. If you need help locating your transaction, I am happy to help with that! Once you’re refunded from your bank, please consider paying that money directly to me.”

Another band affected by the implosion of PledgeMusic was The Cole Trains based out of Arizona. Their April 19th release Lucky Stars featured Cody Canada guesting on a track, but almost didn’t happen after the crowdfunding company did not fulfill their pledges. “We’ve emptied savings and maxed credit cards and borrowed whatever we could so that we could fulfill every Pledge order,” Shane Britt of The Cole Trains told Saving Country Music. “We couldn’t let Pledge win. We made all of our timelines except the vinyl. It will be slightly delayed.”

In most cases, the artists and bands still fullfilled their end of the bargain, despite PledgeMusic not delivering them a cent of the money their fans sent to them for support. They took care of their fans before taking care of themselves. But it has been at great financial and emotional heartache, and a huge distraction among music’s most vulnerable population—unsigned artists. The release of a new album is supposed to be a joyous time for a musician and their fans, and a critical moment in their careers as album releases are often the make or break moments for them. Unfortunately, PledgeMusic made the experience into a nightmare, and one that we now know will never be fully made right.