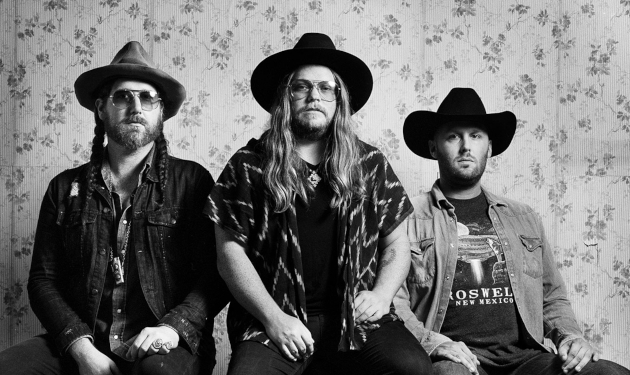 After the Americana Music Awards Wednesday night (9-12), Paul Cauthen hosted his “Big Velvet Revue” showcase at the Basement East in Nashville as part of this week’s AmericanaFest, with Randy Houser, Chris Shiflett, Jack Ingram, Aubrie Sellers, the Quaker City Nighthawks, and others scheduled to perform. Things turned ugly when the sound guy working the room was unable to get the monitors for the Ft. Worth-based band operating properly. After an extended delay in the show, the drummer for the band, Aaron Haynes, decided to come out from behind the drum set, and accost the sound man from the mic.

Aaron Haynes later went back behind the drum set, flipping off the sound guy as the other members of the band watched on, and tried to fill time. Eventually the situation turned ugly when Haynes began shoving people and throwing punches as workers came on stage, and Haynes threw parts of the drum set across the stage as can be seen in the video below. He was then asked to leave the venue.

Saving Country Music reached out to the management and publicity of the Quaker City Nighthawks for comment, and they refused to comment on the matter. The Basement East was also contacted, but did not return the inquiries.

The Quaker City Nighthawks were also scheduled to play Thursday evening at AmericanaFest, but the AMA canceled their performance after the incident, with Elizabeth Cook filling in for them.

The final portion of the incident can be seen in the Instagram story of the tour manager for Jack Ingram. A crude capture of that video can be seen below.

This story will be updated if and when further information is available.

I am embarrassed and disgusted by my actions last week at Basement East. I want to apologize to the staff, production team, management, and ownership of the venue for my actions—and to AmericanaFest for allowing this to happen during an event they bring us every year. I conducted myself entirely inappropriately, and acted out in the absolute worse way possible. I also feel an apology is due to the music community I am a part of in Nashville, and to my brothers in Quaker City Night Hawks—this in no way represents how we handle ourselves in any capacity.

I am taking this event as a learning experience, and to seek professional counseling and treatment for my mental and physical health,” Aaron Haynes continues. “I realize I need to conduct myself in a more professional manner, and have taken the steps with the ownership and management at Basement East, personally, to make this right.