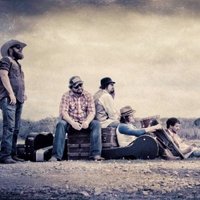 Songs are how country music will be saved; songs that can’t be kept down, whose allure can’t be denied. Like water, they will find a path to listener’s ears eventually. Take Old Crow Medicine Show’s ubiquitous song “Wagon Wheel” that was just cut by Darius Rucker. It was just too good to only exist in independent circles. Or take the example of Kacey Musgraves who just was nominated for “Female Vocalist of the Year” by the ACM Awards right beside Taylor Swift and Carrie Underwood, and she’s never even released a major album. But she’s released a major song, and the strength of that carried her to one of the genre’s highest accolades.

Every day hundreds of people wake up, put their pants on, and head to Music Row in Nashville to try to find “the next one”–that song that will take an artist, a publishing house, or a label on a ride up the charts and make one lucky writer financially set. They cull through reams of new material being produced by big songwriting operations, when right under their noses are battle tested songs with proven appeal waiting to be cherry picked from the independent and underground music world. Here are just a few that could be big radio hits for the original artists, or for a top-tier artist who wants to cut their own version.

Though “Good Lord Lorrie” from the Turnpike Troubadours’ more recent album Goodbye Normal Street would be a good album cut for a big time artist looking to add a little substance to their project, “Every Girl” that started off the Troubadours’ first album Diamonds & Gasoline is a smash hit single waiting in the weeds.

According to Isbell, a big Nashville name already did take one of his songs and made it a hit when Dierks Bentley made Jason’s “In A Razor Town” into “Home.” Apparently since then the issue has been dropped, but in the meantime someone else should cut “Alabama Pines” and reward Isbell for the influence he’s been spreading around the Americana and country world. Even if “Home” wasn’t taken from “In A Razor Town,” the sonic similarities speak to Isbell’s influence. The way the chorus of “Alabama Pines” rises and then is followed by a down-stepping, infectious singalong bestows it with the level of accessibility a radio hit needs.

Hellbound Glory – “Rusted Up Old Pickup Trucks,” “Be My Crutch,” “She Left Me in Modesto”

Leroy Virgil of Hellbound Glory is one of those songwriters who could catch fire at any moment. Leroy could not only benefit from having one of his songs cut by a big star whose looking to capitalize off of a trend, like Keith Whitely, Leroy Virgil could become the trend, where all of a sudden artists are lining up to cut his songs. Is it probable? Maybe not. Is it possible? With the level of quality and the volume of songs Leroy has pouring out of him, you bet it is. And with Hellbound Glory on tour right now with Kid Rock, the possibility may have just become that more probable.

Shooter Jennings – “The Long Road Ahead”

The problem has never been that Shooter Jennings can’t write a good song. It’s that he can also write a really bad one, or bury a good song with a bad decision, like including Tom Morello’s guitar solo on this song that otherwise could have been a super-hit from the way the chorus comes in and is wickedly infectious. Shooter may be too typecast these days as a middling, club-level draw to ever be given a fair chance by country radio, but I could see a bigger name, especially one of these boy/girl duo or group pairings that could pull off both the Shooter and Elanor Whitmore parts cutting this song and having great success with it.

As difficult as it may be to crunch in the brain, anti-Nashville, anti-pop country sentiment has become a popular theme in mainstream country music as Music Row attempts to re-integrate country fans that have been disenfranchised by Nashville’s current direction. Many people who might otherwise find this song appealing from the lyrics may find themselves turned off by the safe sonic approach, but this is where “I’ll Sing About Mine” could find strength as a radio hit, and where it’s revealing message could find a wider audience. Josh Abbot has released the most popular version of this song so far, but songwriters Adam Hood and Brian Keane have released their own versions as well.

Saving Country Music’s 2009 Song of the Year is very similar to “I’ll Sing About Mine” in how it resolves in an anti-Music Row message about being yourself, in an otherwise mainstream-sounding song. Where “Wish” might have an advantage over “I’ll Sing About Mine” is how the song waits until the end to deliver it’s subversive message. “Wish” is a radio hit waiting to happen.