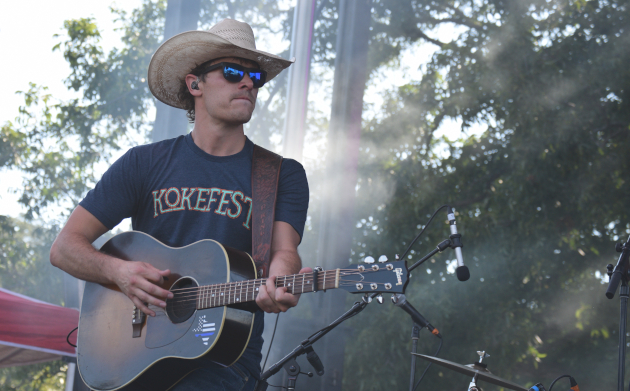 The good news for good country music keeps coming, and this time it comes in the form of upsurging Texas country throwback artist Randall King signing to Warner Music Nashville, and readying the release of a debut major label album. As part of the resurgence of interest in 90’s country, Randall King fits the bill just about perfect, with heartfelt songs, a twangy sound, and a squared away disposition that guys like George Strait and Alan Jackson would definitely approve of.

A fourth generation hay hauler from the West Texas plains, Randall King is originally from the tiny town of Hereford, just west of Amarillo. He’s been kicking around the Texas scene for a while now, releasing an EP in 2016, and then a self-titled release in 2018 that had country music critics singing his praises. He’s garnered now over 12 million on-demand streams all without a label. King also signed to the booking agency Red 11, allowing him to share some tour slots and stages with the finest in the Texas scene.

Randall King also received national recognition when Garth Brooks chose to cut his song “The Road I’m On” for his upcoming album FUN, and Garth has been featuring the song in his live show for a while now as well. Brooks sung the praises of Randall King back in April of 2018, saying in part, “Everybody always asks me, who are the new people that you’re looking at coming up. Guys, I’m going to tell you right now, this kid right here, Randall King. All I can say is, sweet guy, good guy, hell of a writer, hell of a songwriter … This is what country music is all about for me.”

King has landed multiple #1 songs on the Texas music charts, including “Mirror Mirror,” “Takin’ Me a Heartbreak,” and “Tuggin’ On My Heartstrings.” His song “When He Knows Me” was nominated for Saving Country Music’s 2018 Song of the Year. Randall King is managed by Durango Artist Management, which also manages Cody Johnson who signed with Warner Music Nashville in June of 2018. That pair have put together a successful partnership that has allowed Cody Johnson to keep creative control of his music, but still find a mainstream level of success. It appears they hope to do the same with Randall King.

On Friday (11-15), Randall King released his first new song via the major label deal called “She Gone.” The up-tempo song encapsulates the high energy and twang Randall King brings to his live shows, and should make a good start off to his major label career.