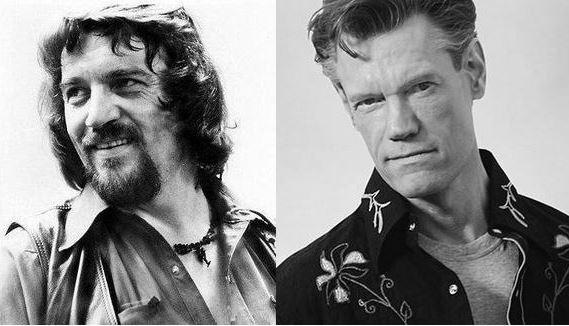 As the thoughts and prayers of millions of fans keep vigil over Randy Travis in hopes the ailing singer someday will be able to share his gift for song with the world once more, life moves on and the release of Randy’s second installment of Influence: The Man I Am series approaches on August 12th. As a reflection back upon the artists and songs that created the foundation of Randy’s storied career, it only seems fitting that Waylon Jennings would work his way onto Randy’s The Man I Am track list. And not wanting to be too obvious by picking one of Waylon’s super hits from the Outlaw era, Randy selects “Only Daddy That’ll Walk The Line”; a hard-driving, thumping number that when released in 1968 was uncharacteristic for Waylon who at the time was known as the purveyor Nashville’s country folk fare. Of course as we know now, the style and attitude the song was recorded with would later become Waylon’s signature for the rest of his career.

Written by Nashville session guitarist Jimmy Bryant and produced by Chet Atkins, the original “Only Daddy That’ll Walk The Line” was perhaps Music Row’s answer to the more rough-hewn sound emanating from Capitol Records and the Bakersfield Sound of the time. The song went to #2 on the Billboard Country Singles chart and has since become a standard of the genre. Linda Ronstadt released a role-reversed version of the song in 1969, and The Kentucky Headhunters also recorded a famous version of the song in 1991 for their Electric Barnyard album.

The Randy Travis version of “Only Daddy That’ll Walk The Line” is a pretty straightforward, no frills take on the song. “Only Daddy” is one of those compositions whose original will likely never be outdone by the predecessors. But Randy gives the song a new spirit and audience, and simply hearing Randy’s voice once again, especially reprising this classic piece of country music history, reminds us of how important Randy was to revitalizing country music’s classic tones in the mainstream commercial space in the mid and late 80’s and beyond.

Randy’s voice might be silent for the moment and Waylon may have long since passed, but this multi-generational country music collaboration reminds us that all the country music greats will be around forever through their timeless music.

Pre-Order Influence Vol. 2: The Man I Am