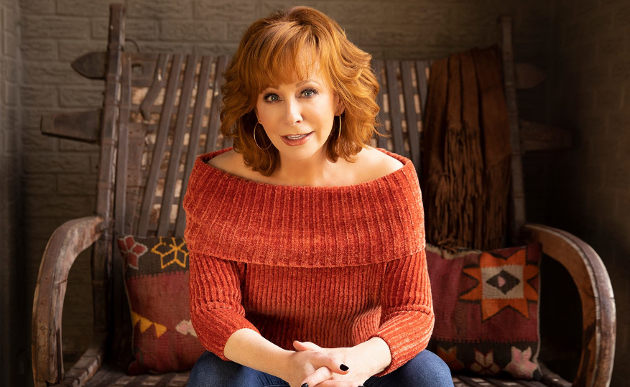 Reba McEntire’s got something cooking. And according to the Country Music Hall of Famer who’s certainly flirted with more pop and contemporary sounds throughout her career, what she’s got cooking is country, and probably more country than anything we’ve heard from her before.

Speaking with ABC Radio recently, Reba said “I’m really excited about getting back in the studio, working with Buddy Cannon on a new project. It’s gonna be probably the most country album I’ve ever recorded.”

Buddy Cannon is best known as being Willie Nelson’s go-to producer, as well as the producer for Jamey Johnson, Alison Krauss, and (gulp) Kenny Chesney.

“[I] don’t have a release date on it yet,” Reba continues. “But we have thirteen songs already recorded. And we’ll go in and do some more if we find ’em. I can’t say no. Because when they say, ‘Hey, I’ve got a song. You wanna listen to it?’, [I say] ‘Yeah!’ You know, it doesn’t take that long to listen to it, and you never know what you’re gonna get. Where it comes from, you never know.”

After spending a significant amount of time focusing more on her acting career, Reba has been enjoying a bit of a musical resurgence recently. Her 2017 Nash Icon/Big Machine Gospel release Sing It Now: Songs of Faith and Hope sold over 215,000 copies, and won the Grammy for Best Roots Gospel Album. The strength of the record also saw Reba re-emerge as a nominee for Female Vocalist of the Year at the 2017 CMA Awards. She also hosted the ACM Awards earlier in 2018, and will also be hosting the CMA Country Christmas special later this year.

As country music continues to look for women in the mainstream who can offer a counterbalance to all the bros, perhaps we shouldn’t just be looking to the future, but also to the past. Well-liked across the board from young to old, with strong support and name recognition from her acting work, and even a recent stint as Colonel Sanders, perhaps Reba McEntire can step up and help save country music.