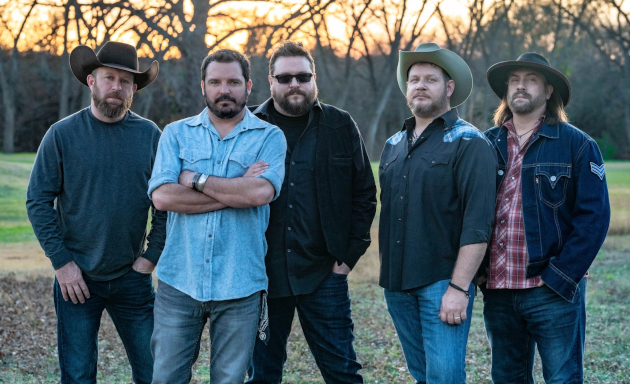 Reckless Kelly won’t be releasing a new record in 2020, they’ll be releasing two of them. American Girls and American Jackpot will both see the light of day on May 22nd via Thirty Tigers as a double album concept. According to lead vocalist and guitar player Willy Braun, the band was planning to release American Jackpot in 2019, but then they had the idea of doing a double album after recording sessions for the initial album went so well and they just kept on pumping out songs.

“I’ve always wanted to write an America-themed record, but not in some super-political or ‘rah rah rah’ sort of way,” says Willy Braun, who also helped produce the two albums. “I wanted to tell stories of everyday life, and the kinds of things that nearly everybody experiences growing up in this country.” And apparently it took two albums to do that right.

Ahead of the two albums, a new song called “I Only See You With My Eyes Closed” has been released (listen below).

“I wrote the beginnings of a second verse on a long van ride after being woken up by the church bells next door in Nuremberg, Germany and out of one of those lucid dreams where you don’t really know whether you’re awake or not,” says Willy Braun. “I wanted the song to have the feel of those same dreams when you drift from one thing to another, so Cody and Charlie Sexton played some spooky ambient stuff on top of Jeff Crosby’s main guitar track and we faded them all in and out to try to get that lucid half-dreaming half-awake effect. There’s a lot going on, but Jim Scott did an excellent job mixing the track to capture that dreamlike vibe.” 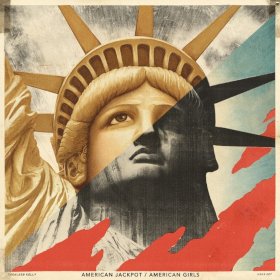 American Girls
1. I Only See You With My Eyes Closed
2. American Girls
3. All Over Again (Break Up Blues)
4. Miss Marissa
5. Lonesome On My Own
6. Anyplace That’s Wild
7. Lost Inside The Groove
8. No Dancing In Bristol
9. Don’t Give Up On Love
10. My Home Is Where Your Heart Is

American Jackpot
1. North American Jackpot
2. Thinkin’ ‘Bout You All Night
3. Tom Was A Friend Of Mine
4. 42
5. Mona
6. Another New Year’s Day
7. Grandpa Was A Jack Of All Trades
8. Put On Your Brave Face Mary
9. Company Of Kings
10. Goodbye Colorado