Red Shahan’s “Culberson County” Introduces You To His Music, & The Muse of West Texas 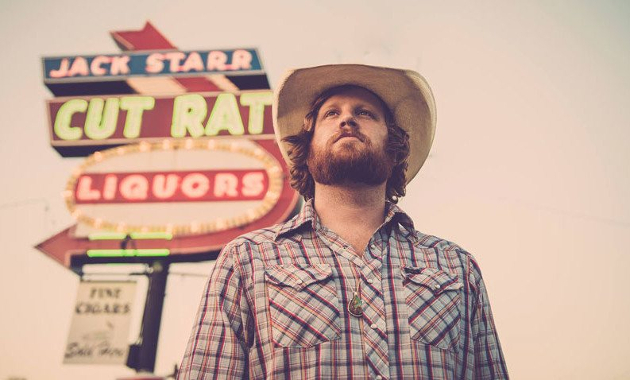 There’s a reason why so many novels and movies in the last 20 years have chosen the vast desolation of West Texas as the venue to backdrop their stories and imperil their characters. West Texas is perfect for getting lost in, or for finding yourself. The expansiveness inspires a feeling of smallness and self-reflection. There’s no need for nostalgia in West Texas. It looks the way it always has.

The few isolated signs of civilization are virtually free of modernity, and are cast in a sepia light from the blowing sands that act like oil paints to the hues of the unforgiving sun. The mortality of the Chihuahuan desert, and the reign of drug cartels just to the south on the border adds a danger, and an intrigue to the experience. Entering West Texas is like swimming through the mind of a desert poet, hoping not to drown.

There are other lonely, forgotten, and desolate places in the United States, like the mesas of New Mexico, or the extremities of South Dakota. But none of these are in Texas, like Culberson County. Nearly twice the size of Delaware, Culberson County struggles to hold onto a population above 2,000. It’s one of the few places left where you have to grapple to gain cell reception, and won’t run into another soul if you start off walking. It’s also the setting that inspired the songs of Red Shahan’s second album.

Texas music is sometimes derided for doing what Music Row in Nashville does, only differently. But this never gives credit to the songwriters and poets that exist in the shadows of the Josh Abbots, and who can be sized up right beside the best songsmiths in Americana. The red-headed Shahan is as quality of an example as any. Once haunting the streets of Lubbock under the name Red & The Vityls before moving to Stephenville and joining the now deceased Six Market Blvd., Shahan is no new face. But now signed to Thirty Tigers, living on the outskirts of Ft. Worth, and sharing tour bills with the likes of Cody Jinks, the interest in his music is about to spike. 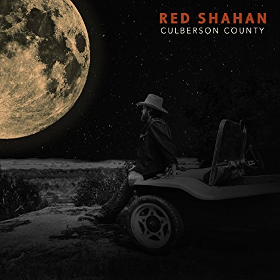 Culberson County isn’t a conceptualized work in total, but drawing from the inspiration of emptiness and forgotten spaces, the impressiveness of 8,000 ft. desert mountain peaks, and the lonely coyote that Shahan calls his spirit animal, the album sets everything in a semi-arid audio landscape favorable to stoking the imagination. This record is safe to call country rock, gritty, graveled, with a growl to the guitar tone at times, but one that calls to mind the rust of abandoned rails, and the splinter of shiplapped barns decaying into the parched soil.

The album finds its most compelling moments in the title track. “Let’s keep the lonely places, lonely as long as we can,” Shahan pleads in aching, plaintive lines. “Let’s keep it all out of reach for anyone who doesn’t understand.”

The following song “How They Lie” speaks to the hardscrabble and desperate existence hanging like an ever-present anvil over the heads of the few remaining West Texas inhabitants in Culberson County and beyond, doing everything they can to hold on in an unforgiving and fortune-less land from nothing else but a sense of home.

But Culberson County isn’t just a good soundtrack to a peyote trip. Shahan plys his songwriting to different themes as well, resulting in a well-rounded album, even if everything is cast in the “sound” of West Texas—something you didn’t know could be done until you hear it. “Somebody Someday” seems to call into question the efficacy of those moving to Austin and Nashville to “make it” in music while missing a bigger picture—something Shahan can speak to now that he’s decided to settle down with wife and kid on 3 acres outside of Ft. Worth. Shahan may lay his foundation with a little rasp to his voice, but displays incredible soul in the final selection of Culberson County called, “Try,” singing about laboring to live down past mistakes and chasing down present goals.

Texas is as vast and diverse as some countries, and so to are the inspirations and influences that can be found within its borders. As painful as it can be for some from outside the state to be constantly bombarded with praises of Texas by their favorite artists from the region in braying anthems, Red Shahan takes his turn not by reveling in the beauty of the state’s women and rivers, or praises for its beer and beaches. He instead decides to focus in on the ugly, overlooked, forgotten places where sorrow runs high, luck runs low, yet a wellspring of beauty and inspiration still exists if you know where to look for it, or maybe more importantly, how to look at it.