2020 is in the books and it’s time to look forward to the bright promise of 2021, and specifically the album releases in the country and roots world we have to be excited about. Unfortunately, for whatever reason (likely tied to the pandemic in some capacity), there has never been such a thin prospectus on the album releases coming up for the upcoming year like this since Saving Country Music started the exercise.

No offense whatsoever to the album releases that have been announced and are highly anticipated by fans. But when it comes to volume, or big-named artists you’re really frothing with excitement over, the pickin’s are pretty slim. Perhaps a combination of both artists pushing forward releases in 2020 to help put food on the table when they couldn’t tour, and the tough circumstances for recording new records, we have finally reached the COVID-19 shadow when it comes to releases.

Expect things to pick up as 2021 soldiers on. But for the moment, Q1 of 2021 will be one of the lightest times for new album releases we’ve seen in years. Nonetheless, there are still some important titles, and they can be found below, along with the always-fun “Rumor Mill” where you can catch up with the latest release gossip.

Hint: Bookmark this page, and come back on Fridays to make sure you don’t miss anything important. This list will be updated periodically under the “confirmed releases” heading when new albums are announced, though older albums won’t be removed from the list so people can look back at what they might have missed. 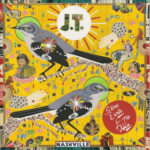 Steve Earle’s tribute album to his late son Justin Townes Earle called J.T. will be released on what would have been Justin’s 39th birthday. CD and vinyl copies to be made available on March 19th via New West Records. The album will include 10 songs originally written by Justin Townes Earle, along with a new song from Steve to conclude the album. 100% of artist proceeds and royalties from the album will be donated to a trust of Etta St. James Earle, the three-year-old daughter of Justin and Jenn Earle.

“The record is called J.T. because Justin was never called anything else until he was nearly grown. Well, when he was little, I called him Cowboy,” says Steve Earle. “For better or worse, right or wrong, I loved Justin Townes Earle more than anything else on this earth. That being said, I made this record, like every other record I’ve ever made… for me. It was the only way I knew to say goodbye.” (read more) 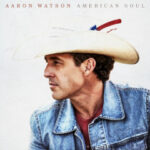 If Aaron Watson is nothing else, he’s prolific, and perseveres. He started recording American Soul in Nashville around the time the devastating tornado hit the eastern part of the city. Then shortly after, the pandemic hit, stalling the recording process again. But not wanting to give up, Watson recorded the rest of the project at his home, in his wife’s walk-in closet as a de facto studio. He’s already released five songs ahead of the record.

“Completing this album in the year 2020 took a little bit of perseverance, but I’m thankful to say that we got it done,” Watson says. “I’m proud of each and every one of us who have shown the perseverance to get through the hardships of this year.” 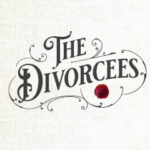 The Divorcees from New Brunswick have been Canada’s best contingent for Outlaw country for now going on 15 years. Featured previously on Saving Country Music surrounding their 2016 album From Labour to Refreshment, lineup changes and the requirements of real life have mostly relegated The Divorcees to their environs in eastern Canada in recent years, but that’s never put a dent in their passion for country music.

Their new album Drop of Blood will also feature the return of founding member/lead singer Jason Haywood after a 12 year absence from the band. Blue-collar Canadian country at its best. 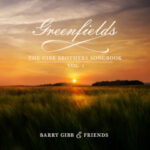 As part of the three-headed hydra of The Bee Gees, Barry Gibb will always be a pariah to some. But the story of Barry Gibb and even The Bee Gees is much more expansive. Barry Gibb’s first ever solo record called The Kid’s No Good from 1970 has been described by many as a country record as much as anything. Then of course there was Barry Gibb’s collaboration with Kenny Rogers in the early 80’s. (read more) 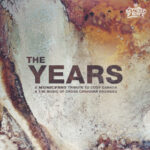 A tribute record to the revolutionary Red Dirt rock country outfit Cross Canadian Ragweed and its frontman Cody Canada is on the way, and it includes a litany of cool artists from Texas and Red Dirt who all paid tribute to the band last winter at the long-running Music Fest in Steamboat Springs, Colorado. 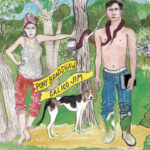 If you’re looking for earnest songwriting entwined with a rootsy sound, North Georgia-based songwriter Pony Bradshaw will be releasing the followup to his 2019 album on Rounder Records with Calico Jim on January 29th.

“‘Calico Jim’ is about place, time, and a society of lives,” says Pony Bradshaw. “It’s about the relationship between man and nature. It’s about a region connecting with its history and past. I tried to think small about big things, to reach out into a world directly adjacent to my own and draw something of worth from these hills and valleys, these mountains, rivers, and folks of North Georgia.”

Lucero – Where You Found Me – January 29th 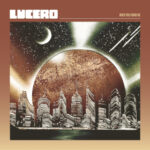 Wildly-influential alt-rock band Lucero will be releasing their 10th album through their own label Liberty and Lament, distributed by Thirty Tigers. You’ll be hard pressed to find a songwriter in alt-country and Americana who doesn’t say Lucero and frontman Ben Nichols is not a significant influence on them. Where You Found Me finds Ben Nichols continuing to mature in his perspective after the birth of his daughter Izzy (now 4-years-old), and also dabbling a little bit with old-school synthesizers in parts.

“I wanted a very classic rock sound for this album,” says Ben Nichols. “I wanted it to sound like stuff I heard on the radio growing up.” It was recorded  over two weeks in July of 2020 at Sam Phillips Recording Studio in Memphis. (read more) 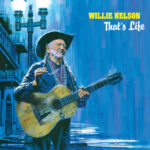 To capture the essence of Sinatra, Nelson recorded the new album at Capitol Studios in Hollywood where many of Sinatra’s most memorable recordings were captured, with additional work done at Willie’s Pedernales Studios in Austin, Texas. Producing the album will once again be Buddy Cannon along with Matt Rollings, who worked on the last Sinatra tribute as well. Along with reprising 11 songs from the Great American Songbook made famous by Frank, the record will also include lush string and horn arrangements. (read more) 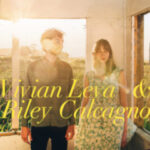 Individually, Vivian Leva and Riley Calcagno are already two of the most exciting, promising, and talented up-and-comers in most all of roots music, fluidly moving through old time, bluegrass, and classic country modes with an ease of execution, and displaying a passion for the enterprise of reviving old music that is infectious with the audience. Put them together, and they’re even greater than the sum of their parts, intertwining disciplines and influences seamlessly until it comprises a roots music symphony of two.

This conjoined magic has already been on display in a number of projects, including the old time band The Onlies, who just released a new self-titled album in 2019, and on Vivian Leva’s solo debut Time Is Everything from 2018 which Riley also had a heavy hand in. But the two will be putting their duo magic on full display when they release a self-titled album through Free Dirt Records. (read more) 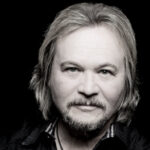 A new original studio album is on the way from Travis Tritt, finally. His first original album in over 13 years, the 90’s country legend who’s sold more than 30 million records worldwide signed with the Los Angeles-based record label Big Noise earlier this year, and will be releasing a Dave Cobb-produced record sometime in 2021. The album was originally promised in 2020, and Tritt released the first single “Ghost Town Nation” on September 25th. But no solid release date for the album has been set.

“I’m very excited about recording the new album with Dave Cobb,” Travis Tritt says. “I’m also glad to be partnering with the Big Noise team and I’m looking forward to promoting this album with them in my corner.”

Dan Whitaker – Moving On With You (re-release) – January 8th

Jeremy Studdard – On My Own – January 29th

Garrison Starr – Girl I Used To Be – March 5th

Matt and Madeline Shugert – The Aim Was Song – March 12th

Fretland – Could Have Loved You – March 26th

Amy Speace – There Used to Be Horses Here – April 30th

Charlie Marie made a big splash with her 2019 debut EP, and there’s a lot of buzz that she’s got an excellent new record for 2021 on tap. Stay tuned.

Laur Joamets and Laura Reed have a new project called Lore, and have released a couple of new songs. Word is they have an album in the can, just waiting on a release date.

Willie Nelson has a new album on the way beyond his upcoming Frank Sinatra tribute. “We’re putting together a new album that we’ve been in [the studio] doing the last few months. It’s a family album with me and all the kids and everybody singing on it, and it’ll be coming out one of these days.”

Cody Jinks says he has an acoustic album, another live album beyond his recent Red Rocks live album, a Lefty Frizzell covers album, a rock EP, and other stuff on the way. (read more). He also said on 1/7/2021, “Demos are done on 20 new songs. Now we just need to schedule some studio time.”

Sarah Shook said on October 23rd, 2018 via social media, “Let it be known we are officially rehearsing for the next rekkid and we def gonna blow some minds bbs…” Perhaps drama at Bloodshot Records has slowed her release plans, but there may be some movement on it in 2021. Stay tuned.

Morgan Wade has been creating a lot of buzz from her OurVinyl videos and a couple of singles she’s released. Expect her Thirty Tigers debut in 2021.

The Steel Woods on December 1st: “Laying it down in the studio this week. New record coming in 2021.”

Joe Nichols says he’s got a new traditional country record on the way.

Jessi Colter has a new album on the way produced by Margo Price. They were in the studio together in May 2019.

Sierra Ferrell has signed to Rounder Records, and if and when she announces a new album, it will immediately rocket to the top of the “most anticipated” heap. (read more)

George Jones recordings that were once used as bail collateral by two drug dealers are finally having the legal entanglements resolved, and could be coming to the public. (read more)

Dwight Yoakam dropped two new songs in May of 2018, but no word if a new album to accompany them will be forthcoming.

Alan Jackson also released a new song “The Older I Get” in 2018, but no new news on a new record. He released a new Christmas album in 2020 will little fanfare.

Talk surrounding Eric Church is of a double album, or even a triple album. But so far he just keeps releasing new singles at a pace of about once a month.

Sunny Sweeney released a live studio album recently from The Machine Shop, and says she’s got a new original studio album coming in 2021 as well.

The Shootouts recently recorded a song with Dale Watson at his home studio in Memphis, and a full album in Nashville with Chuck Mead producing.

Carrie Underwood will release a new Gospel album called My Savior after the major success of her recent Christmas album My Gift.