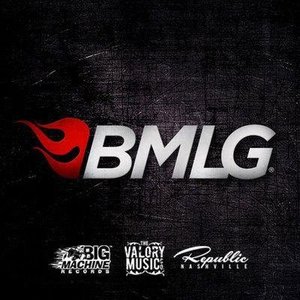 And the plot thickens.

The Big Machine Label Group is arguably the most powerful and most important record label in country music, and is quickly becoming one of the most important labels in their entire recording industry. With a stable that includes the biggest star in the world in Taylor Swift, along with Florida Georgia Line, Tim McGraw, Rascal Flatts, Justin Moore, Reba McEntire, The Band Perry, and many others, it has become one of modern music’s most influential power brokers. And according to numerous sources, it is in the process of being sold to iTunes.

According to HITS Daily Double, a deal is in process for iTunes to purchase the Big Machine Label Group for $250 million. Big Machine’s current distribution deal with UMG is up, and Taylor Swift has one more album left on the label before her contract expires, leading to speculation Big Machine wants to sell before they risk losing their superstar. The deal would include all of Taylor Swift’s music.

iTunes has since denied that any deal is happening, but this is standard operating procedure between two big companies until any deal is formally in place.

Rumors that the Big Machine Label Group would be up for sale are not completely out-of-the blue. In fact in many sectors it has been expected. As one of the few remaining independent labels of its size with the type of talent and established deals with radio and production entities, Big Machine makes an enticing acquisition for larger companies. But adding iTunes to the list of suitors sprouts new tentacles to the story that includes Taylor Swift’s unprecedented pulling of her catalog from Spotify—a move then similarly taken by Big Machine artists Brantley Gilbert and Justin Moore who pulled their most recent albums from the format. Gilbert has since added his 2014 album Just As I Am back to the streaming giant.

In late October of 2014, rumors also emerged that Big Machine was looking to sell at a reported offer price of $200 million, but President and CEO Scott Borchetta flatly denied the reports, saying sale rumors come up every time Taylor Swift releases an album. But this time we have the name of a specific suitor, as we did in 2011 when Sony was said to be in negotiations for the label. The deal never went through.

Purchasing Big Machine would make sense for iTunes as the company looks to restructure to face the new reality of music streaming, and has been using acquisitions to do so. Apple purchased Beats Music last year to bolster their line of headphone gear, and to bring on board the company’s streaming music service, which is supposed to launch in the new iTunes version in June. Adding an entire label group would give iTunes unique leverage in the marketplace. Meanwhile Taylor Swift’s Spotify position makes the star the perfect enticement to get consumers to sign up with the new service.

If iTunes is indeed interested in purchasing Big Machine, and this was the impetus for Taylor Swift pulling her music from Spotify, it leaves open the question of why Taylor said her move was more of a moralistic motivation about taking a stand against giving her music away. One of the most under-reported portions of Taylor’s Spotify move was that she did not leave other streaming services, like Beats or Google’s streaming options.

But nothing is finalized or confirmed, so attempting to measure the intentions of the individual players in any deal may be a little premature. However where there’s smoke, there’s fire, and this is the second indication in the last six months that Big Machine is looking to sell.

In an interview with Scott Borchetta by The Hollywood Reporter released on Thursday (2-5), (which incidentally quotes Saving Country Music as jokingly calling him the ‘Country Music Antichrist’), the subject of Taylor Swift’s last album on the label, and the expired deal with UMG were broached. If Borchetta knew something, he wasn’t showing his hand. Though he did offer some interesting hints.

“No comment. It’s called a nondisclosure agreement,” Borchetta said succinctly about negotiations with UMG, and then “We have one record left with Taylor Swift, and that’s all I can say,” about Swift’s status.

However later in the interview, Borchetta seemed to hint that if there was a sale or a new distribution deal, it wouldn’t be with a major label. “I’m looking at a deal that makes sense for the future. There are plenty of deals that make sense for today and made a lot more sense yesterday that don’t make as much sense for tomorrow…There are days where I feel like we’re an island and that we’re not aligned with a lot of the thought processes of some of the major labels, so I’m trying to make sure that the next move that we make is one I’m going to feel good about tomorrow.”

So maybe dealing with iTunes is the solution, or striking a unique distribution deal with iTunes would be a forward-thinking way to avoid the pitfalls of the major label world, which can be constricting to a dynamic and forward thinking CEO like Scott Borchetta.

The Big Machine Label Group was founded by Scott Borchetta in 2005 after he left DreamWorks Records, and includes the subsidiary labels Valory Music Group, Dot Records, NASH Icon, and a joint venture with Universal Republic Records, Republic Records Nashville. The label began as a partnership with Toby Keith, but Keith dropped his affiliation with Big Machine in 2006 to start his own Show Dog-Universal label. Keith still owns a stake in Big Machine however, and this is one of the reasons he remains the highest-paid entertainer in country music. Taylor Swift’s father, Scott Swift, also owns a stake in Big Machine. Taylor Swift was Big Machine’s first signing.

Scott Borchetta also recently singed up to be a mentor for American Idol, and to sign the eventual winner to Big Machine, creating an even larger profile for the company. Borchetta owns 60% of the label group, and the company employs 91 people total.

Stay tuned as the drama surrounding the potential sale of Big Machine continues to unfold.