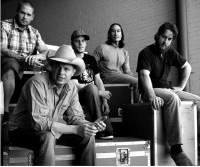 If you need evidence that if we could replace all the top names in Nashville with all the top names in Red Dirt, that the country music landscape would be a much better place, look no further than Oklahoma’s Jason Boland & The Stragglers. With good songs, great stories, and a classic, straightforward country sound, it’s hard to find what’s not to like with Jason’s new album Rancho Alto.

The appeal for me with Jason Boland starts with his words and stories, and how the stories and music are grounded deeply in the roots of country, and in Boland’s Oklahoma roots specifically. My favorite cuts from the album all feature Oklahoma, either directly or indirectly, and usually have a poignant message.

“Fences” tackles the distress facing Oklahoma’s Native American, how the massive casinos that many Red Dirt artists drive by at night as they tour the Texoma corridor, shine like glittering monuments to broken promises. “Farmer’s Luck” recounts a farmer losing his land from the damming of OK’s Deep Fork River back in the early 80’s, but carries a germane and universal message for today and beyond. In truth, this song is not about a river or a lake or a dam, it is about the collateral damage of progress, and humanizing the sometimes callous effects of eminent domain.

The heavy thematic focus on Texas and Oklahoma in Red Dirt music is what has made the movement strong throughout that region, but it also might be what keeps it from progressing beyond. I’ve always believed that good songwriting allows you to look past proper names, and really delve into the meaning of what a songwriter is attempting to convey. Jason Boland does this in Rancho Alto. Instead of looking at it as “Oklahoma” for example, you should look at it as “home,” which could be Stillwater, or Bakersfield, CA, or New York City; those stories still relate to us all through the universal themes and struggles that make up human life and culture. 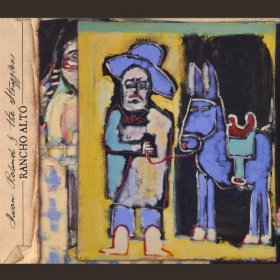 “False Accuser’s Lament” is the most cunning of Rancho Alto‘s offerings, acting as a sequel or second act to the classic song “Long Black Veil”. “Woody’s Road” is another standout, a self-biographical tribute to Woody Guthrie, who wrote a few of his own songs about dams and rivers, and had one or two Oklahoma ties himself ;).

I don’t think there is a bad song on this album, but there are some that didn’t hold me as much as others, mainly the ones that didn’t rely primarily on the storytelling aspect of songwriting, like “Down Here in the Hole” and “Between 11-2”. I like the music on Rancho Alto, but my concern is that some will find it too straightforward. This album could have come out in 1985, 2001, or 2011, not because it is timeless, more because the music itself is somewhat undefined, without distinctive character.

There is solid vocals and musicianship throughout the album, but nothing spectacular, or wholly unique, and the Straggler’s style doesn’t take any serious chances. This lack of uniqueness might cause some to overlook the songwriting, which is the album’s true standout element. And this is what I would also say for Boland’s previous albums, and for a lot of Red Dirt music in general. In many ways, Red Dirt artists seem a little trapped. They have been able to create some solid success and support for their music without sacrificing honesty, but at the same time to keep that support, they have to keep it somewhat safe, in the parameters of what people expect from Red Dirt.

All that said, don’t take anything away from this project. Jason Boland & The Straggler’s Rancho Alto is a very solid offering, and is something Jason, The Stragglers, Red Dirt, and Oklahoma can be proud of.