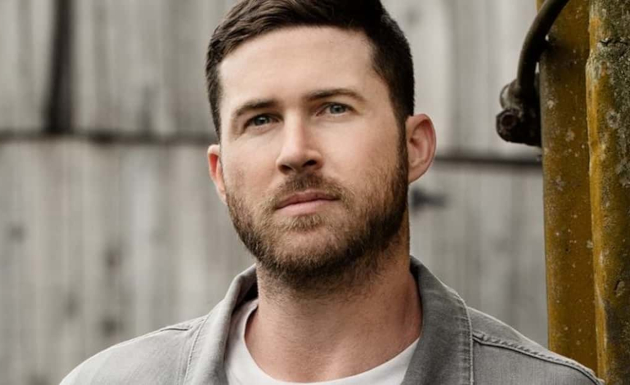 Riley Green is one of the guys that gets named whenever talk turns to the group of new country traditionalists coming up in the mainstream, and for good reason. Along with Luke Combs, Jon Pardi, Midland, maybe Cody Johnson out of Texas, and William Michael Morgan if he can find a soft landing after getting dropped from his label, they’re all seen as a growing class of resurgent country artists that actually sound somewhat country, even if you have to temper your expectations a little bit and understand this is still the mainstream.

Riley Green has been kicking around for a while, first appearing on the periphery of the country music world via CMT’s Redneck Island reality franchise in 2013. Afterwards he released an EP, at some point was signed to Big Machine Records, and has subsequently released three more EP’s as Scott Borchetta and Co. try to figure out and generally fail at marketing Riley Green’s more traditional style. A recent single, the mild “In Love Right Now” flailed around on the charts for a little bit before petering out at #52. He did have a single called “There Was This Girl” in 2018 that went Top 5. You may not remember that one either. It was one of those “girl” songs that blends easily into the background.

Now Riley Green’s Music Row handlers finally feel like they have him on the proper footing, have set a release date for his debut LP named Different ‘Round Here on September 20th, and have released a new single called “I Wish Grandpa’s Never Died,” which has many critics and dialed-in fans swooning. The song had already gone viral before becoming a single, Brad Paisley has chimed in with a ringing endorsement, and country radio made the single the most added song this week, challenging the theory that once you have a failed single or two, your prospects in the mainstream country format are toast. They’re finally allowing Riley Green to be Riley Green instead of trying to hide that he’s more of a mainstream traditionalist, and it appears to be working. 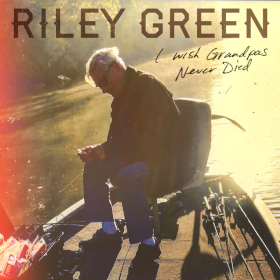 It’s a new era in mainstream country music. Artists like Riley Green, and songs like “I Wish Grandpas Never Died” featuring ample steel guitar and twang aren’t being shied away from. They’re being favored as the hot commodity of the moment amid the dying embers of Bro Country. You can thank performers like Chris Stapleton, Jon Pardi, and Luke Combs for opening up this opportunity.

But let’s not get too congratulatory here. Sure, this song includes the line, “I wish they still played country music on country radio,” and Riley Green can speak to this frustration personally. But it also includes some really bad lines even big proponents of Riley Green should fess up to. Something about wishing even cars had truck beds? Every state had a Birmingham? And coolers full of Bud Light? Come on man. And the classic country name drops don’t help, they hurt. “Grandpa’s Never Die” is guilty of some of the worst list-style mainstream country songwriting possible—stuff that makes independent country fans wince, and underscores just how wide the gulf between country music’s cultural divide continues to be.

Some traditional and independent country fans would rather hear Kendrick Lamar or Run the Jewels pumping from their daughter’s prospective boyfriend’s car as it idles in the driveway as opposed to some of the lines found in “I Wish Grandpas,” because at least it would mean they have a modicum of good taste. We get it. Passive radio listeners need those little cultural buzzwords and signifiers to easily connect with songs. But no different than bad 80’s movies that rely on plot tropes like amnesia or quicksand, it’s just nauseating in its predictability and the template-like formula.

But man, the payoff at the end of the chorus of “I Wish Grandpas Never Died” is so fat and juicy. It’s hard to impossible to not fall prey to despite the lyrical shortcomings in other portions of this tune, and even though it’s revealed in the title itself. Anyone who tells you that this track is not at least an earworm or a guilty pleasure after listening to it a couple of times is probably sitting on the wrong side of a polygraph. This thing has “massive hit” and “recurrent radio song for years to come” written all over it.

One thing that unites most all country fans is they think their grandparents are cool. Even new school country fans tend to be old school compared to the rest of society, and almost everyone has been touched by the loss of a grandparent at some point, young and old. Riley Green from Jacksonville, Alabama gives direct responsibility for his traditional country tendencies to his grandpas, and gave both of them—Lendon Bonds and Buford Green—songwriting credits on the track. On what will be his breakout single, Riley Green takes a personal notion and makes it into his greatest song, despite the list-like filler that fights to hold it back.