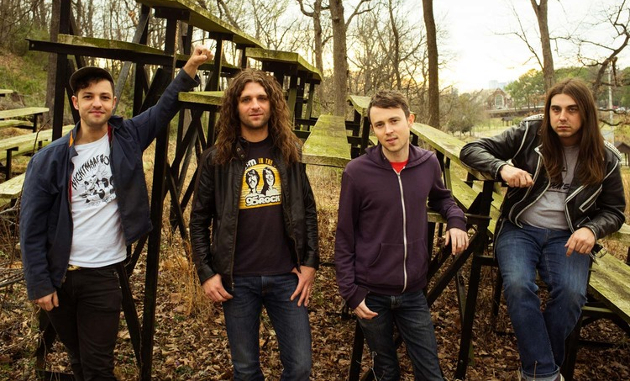 When the debut album from Lee Bains III and the Glory Fires arrived in 2012, it immediately set the Birmingham, Alabama-based band up as one of the most exciting and promising outfits in the Southern rock space. It was edgy, gritty, with good ol’ country music songwriting and singing in moments, but others bursting with a wide open rock and roll spirit, while still being steeped in Southern melodies and perspective. The subject matter was evolved at times, and others honest and simple. It really had a bit of everything, cutting across the appeal of punk-inspired country, and Southern tinged rock, and you couldn’t go anywhere without someone mentioning Lee Bains and the Glory Fires as a formidable band to watch out for in the future.

In the live format, and later in their touring schedule behind their debut record There is a Bomb in Gilead, the band began to veer into straight up punk mode. They were loud and rambunctious, so much so they made headlines one night in Ft. Worth when The Live Oak Music Hall & Lounge pulled the plug mid set due to them playing too loud. One publication dubbed them “Too Loud for Texas,” and the phrase became a kind of rallying cry of sorts for the band. T-shirts were printed, and the expectation for a Lee Bains show became getting your eardrums blown out, and they were more than happy to oblige.

It was all a hell of a lot of fun, but through the sound change, Lee Bains III and the Glory Fires lost touch with those Southern melodies, and the intimacy of some of the slow songs that made There is a Bomb in Gilead so groundbreaking. The “never turn down” mentality went to their heads perhaps, and their debut on Sub Pop records called Deconstructed was met with very mixed reviews. The band purposely included a ridiculous amount of distortion on every track to mimic the live sound, and the vocals were impossible to decipher. Any hints at Southern twang and harmony was indistinguishable in the sea of noise. 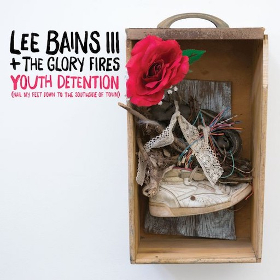 Perhaps as a piece of performance art or maybe an EP you release to get a certain point across, sure, Deconstructed had it’s merits. But as a listening experience, it left much to be desired, veering to unlistenable for those more country-leaning fans and Americana types who fell in love with Lee Bains through the earlier material. The political angle of the music also became more palpable, rendering it even more polarizing. So Lee Bains and the Glory Fires never made that massive leap we all thought would happen when they signed to Sub Pop. They went from wunderkinds to nearly forgotten.

But they’re fighters and survivors if nothing else, and they’re back with a third record called Youth Detention. The distortion is definitely dialed back on this third installment, but the energy and enthusiasm is unwavering. Lee Bains and the Glory Fires don’t do anything half assed, and throwing 17 tracks at you, including six with exclamation points in the titles, Youth Detention is attention getting if nothing else. It’s still more punk than country or roots, yet it’s still immersed very much in the Southern experience. Southern punk rock maybe is the best descriptor, without attempting to box them into anything. They’ll get quiet on you though, and when Lee Bains wants to sing pretty, this is when he can be at his best.

Youth Detention is still encumbered a little bit by the lack of clarity in the signals. These songs are best experienced with a lyric sheet stretched across your knee, at least the first time. But hot damn if Lee Bains isn’t like a factory for punchy melodies served with angry, yet insightful expressionism that is strikingly relevant, resists the temptation to become invective, with the ultimate goal just as much to build up individuals as it is to tear down the institutions that inhibit them. Youth Detention is the exacerbation with the difference between the harshness of reality, and the way things idealistically should be that’s often so virile in the throes of young adulthood.

Youth Detention is definitely raw, and in moments constitutes a bellicose racket set to Southern-inflected rock styles. But it’s also expansive, and slightly conceptualized, with some tracks bleeding into others, or certain themes or audio elements becoming recurrent. There’s the shouting and the loud guitars that made Deconstructed so destabilized, and some won’t like what they may perceive as political grandstanding at times. But it’s still an infectious and forward-thinking music project with enough Southern ties to at least pay attention to it as a roots fan, and should put Lee Bains and the Glory Fires back on the radar as one of this generation’s foremost Southern rock troupes.