Russell Smith of The Amazing Rhythm Aces Has Died 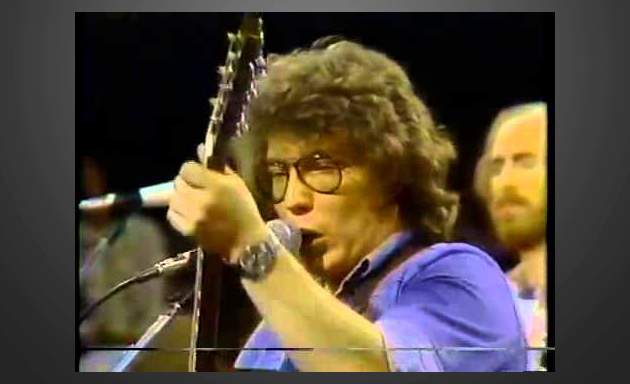 Solo country music artist, #1 hit songwriter for multiple performers, and the singer and frontman for the Amazing Rhythm Aces, Russell Smith has passed away. The 70-year-old died on Friday, July 12th after a prolonged battle with Cancer. “Almost every night with the Aces, Russell Smith sang, ‘My soul cries out for rest, and the end is not in sight,'” The Rhythm Aces said in announcing Smith’s death. “Russell completed his journey on life’s railway after 70 years of doing things his own way.”

The Amazing Rhythm Aces grew out of a band called Fatback in Knoxville, TN in the late 60’s, eventually forming into the Aces in Memphis, Tennessee in 1972. Bridging the gap between country and rock, they’re known for their mid 70’s hits “Third Rate Romance,” “Amazing Grace (Used to Be Her Favorite Song)”, and “The End is Not in Sight (The Cowboy Tune)” which all made it into the Top 15 of the country charts for ABC Records. The band released 18 total albums over a 30-year period, but it included a 15-year hiatus in between. Russell Smith was the face and voice of the band which became a cult favorite from their genre-blending sound and offbeat lyrics. It was during the Rhythm Aces hiatus when Russell Smith made his biggest contributions to country music as a solo performer and songwriter.

Russell Smith was a solo artist who was signed to Capitol and Epic, and released five solo albums, cracking the Top 40 with the song “I Wonder What She’s Doing Tonight” in 1989. Smith was also the songwriter behind big country music hits, including the #1 singles in 1986 “Heartbeat in the Darkness by Don Williams and “Don’t Go To Strangers” by T Graham Brown, “Keep It Between The Lines” by Ricky Van Shelton in 1991, and “Look Heart, No Hands” by Randy Travis in 1992. He also penned the #3 hit “Big Ole Brew” for Mel McDaniel in 1982.

Kenny Rogers, Pam Tillis, Sammy Kershaw, the Oak Ridge Boys, Tanya Tucker, Rosanne Cash, and many others also recorded Russell Smith songs. George Strait included the Russell Smith song “As Far As It Goes” on his 2003 album Honkytonkville. George Jones recorded Smith’s “All We Got Left” on the 1991 album Friends in High Places. Russell Smith also worked as a backup singer in the studio for Lee Roy Parnell, Travis Tritt, and others.

Born June 17, 1949 in Nashville, Smith was raised in Lafayette, Tennessee where he was a graduate of Macon Country High School. The Amazing Rhythm Aces would go on to tour with the likes of Jimmy Buffett, Leon Russell, and on The Eagles’ “Long Run” tour. Eventually this would help lead to Smith forming “Run C&W” (a play on Run DMC), which was a novelty bluegrass supergroup featuring Bernie Leadon of the Eagles, and songwriters Jim Photoglo and Vince Melamed. The band made fun of some big country hits of the time, changing Billy Ray Cyrus’s “Achy Breaky Heart” to “Itchy Twitchy Spot,” among other comedy-filled conquests, underscoring the sense of humor Russell carried throughout his career.

“Russell’s soulful voice and artfully crafted lyrics helped develop the signature Amazing Rhythm Aces sound that defined an era and transcended genre labels,” the Aces said on Sunday (7-14). “Like their sound, Russell, himself, was a little southern, a little rock’n’ roll, pinch of bluegrass gospel, and an endless supply of soul. It won’t surprise his fans or friends and family that his love of music lasted through his final days; with some of his final conversations spent talking about the music he loved and certain songs shaped his life. He remarked about how ever performance, through his last encore, was filled with the magic that only live music can provide and how thankful he was for the dedicated love he received from fans across the globe.”

One of Russell Smith’s favorite songs was “Give Me Flowers While I’m Living,” which the Rhythm Aces recorded in 1980. “[It’s] a reminder to tell loved ones how you feel, and to be kind to everyone while you can, because the people who need those kind words and deeds can’t receive them when they’re gone,” the Rhythm Aces said.