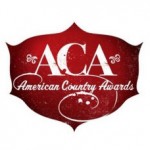 Alright listen folks, the first thing that you need to appreciate about the American Country Awards is that they don’t matter. It is a completely fabricated awards show construed by FOX. They’re just jealous the other networks get the CMA’s and the ACM’s, and so they made up their own. Even worse, these awards are fan voted, and as we know by looking at the makeup of our elected officials, this is always a bad idea.

Nothing that transpires tonight will matter in the grand scheme, but that doesn’t mean we shouldn’t point and laugh, give our observations, or completely discount and event that will be seen by millions. So stretch out your refresh fingers as the timeline below will fill up as the night transpires, and feel free to pipe up in the comments section below.

9:10 – So this awards Show is a joke, and that goes without saying. But the awkwardness, the pauses, the flat jokes, and the amount of mis-speaks by the presenters was quite stunning, and I think speaks to the low esteem many of the participants had for this event. Everybody knows this is going to be a third-tier event, but that doesn’t mean it has to be a train wreck. The playing of Florida Georgia Line when you’re presenting your biggest “award” for Artist of the Year is downright embarrassing. I have no love for Luke Bryan, but any artist deserves better than that. There was also some rap song coming out of a commercial break, not a country rap by a country artist, just a hip-hop song with no explanation. You don’t have to go far to find the opinion that nobody takes the ACA’s seriously, and that’s the stigma they have to get over. And all the flubs just played right into their critic’s hand. There were more failed bits than a high school talent show.

The one huge positive note was LeAnn Rime’s Patsy Cline performance. Once again, it was a random decision by the producers. Why not tribute George Jones? But LeAnn had me me covered in goosebumps, and she absolutely blew everyone away. We will be talking about that performance for a long time.

Thanks for reading everyone!

9:03 – Thanks everybody for following along! I will compose a few final closing thoughts….

8:58 – Sorry Trace, but you’re “Little Drummer Boy” rendition is going over like a poop in the Christmas punch bowl.

8:56 – Trace Adkins comes out with a drum line singing “Little Drummer Boy” from a supposed Christmas record he’s trying to peddle that nobody knew about.

8:51 – Did you notice that when Luke Bryan was walking up after being announced as the Artist of the Year, they weren’t playing him, but Florida Georgia Line? This thing is such a train wreck.

8:50 – Luke Bryan wins the meaningless ACA Award for Artist of the Year.

8:49 – Not gonna lie, still reeling from the LeAnn Rimes performance so much, I didn’t even have the heart to rag on Clot Ford.

8:47 – Brian Kelley of Florida Georgia Line is wearing a downright lacen bodice and their guitar player has a 2-foot mohawk. Beam me up.

8:45  – …and the Gary Allan continues the trend of completely fumbling lines by presenters.

8:44 – Trace Adkins give props to LeAnn Rimes coming out of the commercial break, taking his hat off to her. Good on him. It was worth it.

8:41 – Two guns way up for LeAnn Rimes and her Patsy Cline tribute. Amazing.

8:37 – Say what you want about LeAnn, but she is the closest thing to Patsy our generation has ever had. She’s killing it here.

8:34 – Am I the only one horrifically disturbed by the way Luke Bryan said “Patsy”?

8:33 – Yes, the ACA’s just came out of commercial break to a straight up rap song with absolutely no explanation.

8:28 – You’d think with Scotty McCreery feeding off the supple, supple American Idol teat, he could afford something more than a plastic coat.

8:26 – The ACA Award for Group of the Year goes to Lady Antebellum.

8:20 – “Oh my God, Taylor Swift is like the bestest artist like it the whole entire world and stuff!!!”

8:18 – The “Worldwide Artist” Award? Whose 11-year-old daughter texted the name of these awards in on her Cricket phone?

8:15 – I have no idea who Parmalee is, but they look like they all drive Saabs.

8:12 – Nothing whips my ass more than the fake wave or point out into the crowd by pop country stars like they recognize someone.

8:11 – When you see Justin Moore performing on an awards show, you know it’s not legitimate.

7:56 – And yes folks, if you didn’t catch that Trace Adkins had the fly of his flame suit on the wrong side of up.

7:52 – The mascot for Mad Magazine Scotty McCreery wins the ACA for for something. Sorry, I was busy fielding attacks on Twitter.

7:47 – Now I know why Danica is hosting. Because tonight features songs and artists who are used to running mid pack. The crowd doesn’t even the words to the songs.

7:45 – The only way they could get Sheryl Crow to show up is by telling her this was really a global warming conference. She was shocked to find out Trace Adkins arrived in a fleet of 7 Hummers, and used a spotted owl to work the knots out of his pony tail.

7:38 – “A Little Bit Gypsy” is one of the better Keillie Pickler songs on an okay album. Still can’t help but root for her.

7:30 – Yes, 2/3-rds of the unholy Badonkatonk trinity is present at the ACA’s. Jamey Johnson had another, more important engagement . . . . . . taking bong rips in his cabin in Alabama.

7:26 – By the way, the guy up there with Florida Georgia Line was their producer, Joey Moi. Who else is Joey Moi famous for producing? Anyone? Anyone? Hint? Douchiest band in history?

7:24  – Most award shows have a house band. The ACAs have a prickly-headed DJ.

7:23 – The ACA for Single of the Year goes to “Cruise” by Florida Georgia Line. In other news, water is wet.

7:20 – Can’t hate on Billy Gibbons, even for slumming it on this show. The man can shred. Jimi Hendrix once called him his favorite guitar player. Billy’s beard has more soul than all the other performers this evening combined.

7:16 – Stop the presses, a REAL musician has been spotted! Billy Gibbons from ZZ Top!

7:13 – Florida Georgia Line’s handlers told them this was the Grammy’s, and the dude they bought an 8 ball from out in the parking lot told them the Dr. Sholls foot power was high-grade cocaine.

7:11 – This show is bombing. I can sense folks clicking over to the Victoria’s Secret Fashion Show in droves.

7:03 – WOW! I didn’t know The Lumineers were performing. This gets my curly hipster mustache tingling. Everybody, let’s start a string band!

7:02 – Trace Adkin’s delivery is about as dry as a cracker in a kiln. This is going to be a long night.

7:00 – Just like NASCAR, we’ll devote 50% of our coverage to Danica Patrick, even though her hosting duties will be the equivalent of running in the back of the pack all night, and wrecking out at lap 72.

6:55 – Interesting note about the Danica Patrick pick as host. She admits she didn’t even listen to country until 18 months ago. Her hosting this is a total cross-marketing play for NASCAR fans since NASCAR is also shown on FOX and they see it as matching demographics.

It will be hosted by Mr. Badonkadonk himself, Trace Adkins, and NASCAR’S Danica Patrick.