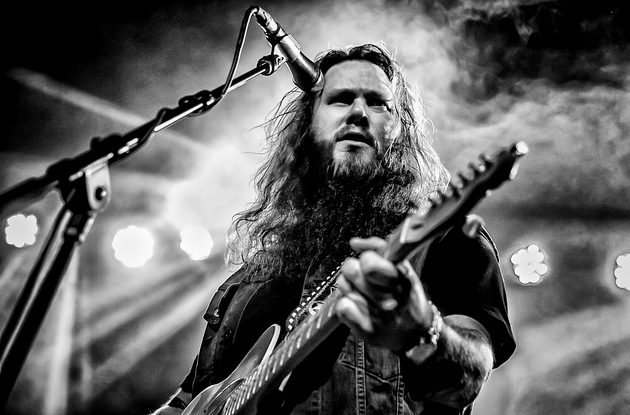 Whitey Morgan is the Lemmy of country music. Wild, ornery, unkempt, uncompromising, refreshingly honest, irreconcilable to the tame ways of today’s country, he’s the musical embodiment of the spirit of what true honky tonk country music is supposed to be all about, and the personification of the anger that so many disenfranchised country music fans feel every day.

Whitey Morgan is a mountain of a man; a badass, a battle axe who willing to cause some collateral damage if necessary to get the job done.

To be a Saving Country Music Artist of the Year, you can’t just be “good.” It’s not about releasing some great songs or a significant album in a given calendar year. You have to be committed to the cause, both on and off the stage. You have to care about country music, even when you’re not playing it, even when it doesn’t affect you specifically, and even when it’s not politically expedient, or might put you or your career in harm’s way to say what you believe, or to stand up for the cause. You must live and breathe country. You have to concern yourself about where country is headed in the future, and what efforts are underway to help preserve the past. You have to take what has happened to country music personally, and put your money where your mouth is when it comes to making efforts to right the ship. 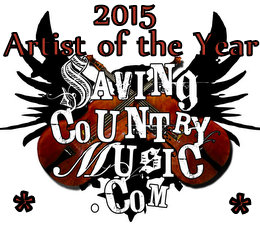 It just happens to be that Whitey Morgan, along with his excellent backing band The 78’s, also released a career-defining record in 2015 with Sonic Ranch. Year upon year, night upon night of going to battle in honky tonks all across the country on a relentless march to give local fans at least an evening of respite from their tough lives and personal troubles has resulted in one of the tightest bands ever heard in country music. Whether it’s one of his originally-penned tunes, or a forgotten cover from country music’s past, Whitey pulls every ounce of heart and every drop of entertainment value out of every note he sings and plays while sweat pours over his Telecaster until the listener has no choice but to be engrossed. Every time a Whitey Morgan song is emitted from a stage or from speakers, a pocket of resistance emerges from everyday troubles, and the terrible noise of pop country.

And unlike some other underground country heroes who might have led the charge for a short period, but then lost heart and rode off into the sunset or decided to go in some self-indulgent direction with their music, Whitey has never let us down. He’s never jeopardized his street cred for an easy step up. He’s never had to rely on a famous name or a big endorsement to get ahead. His past isn’t peppered with spurious collaborations that make you question what his true intentions might be.

READ: How Whitey Morgan Is Fulfilling The Promise of Underground Country

And lastly, Whitey Morgan is Saving Country Music’s Artist of the Year not just for where he’s been and what he’s done in 2015, but for where he’s headed in the future. With a dump truck full of momentum behind him, Whitey’s best years may still be more ahead than behind. And he’s gotten where he is, and going where he will the hard way, unwilling to take short cuts, and knowing that reaching the top means more when you’ve done it your way.