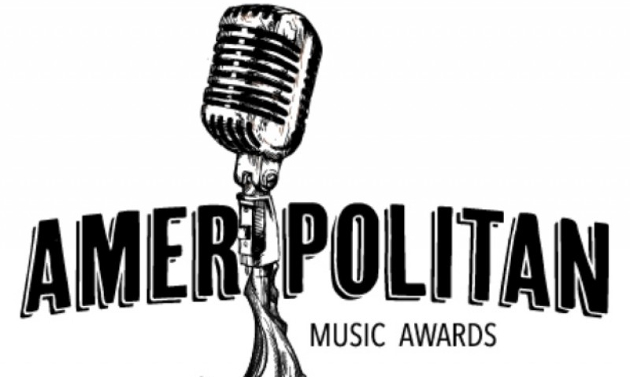 Welcome ladies and gentlemen to the 2018 Ameripolitan Awards LIVE blog from the Guest House at Graceland in Memphis, Tennessee. For the first time the awards will transpire outside of Austin to celebrate its 5th year. Also for the first time, the plan is for the awards to be streamed as long as the stream holds up. That means that folks can finally watch from home, and instead of being a simple play by play, I can offer more commentary and insight.

You can watch live on SCM LIVE .

It will be hosted by Dale Watson, American Pickers’ Danielle Colby, and announced by Doc Robb Walker of Sirius XM’s Elvis Radio. To see the nominees for the awards, CLICK HERE.

12:29 – Despite a shaky and late start, some technical and logistical snafus, and a Sun Studios tribute in the middle of the show that was supposed to last 15-25 minutes and went for nearly 1 1/2 hours, there is more positive to remark on for the 2018 Ameripolitan Awards than negative. The polished presentation of previous years wasn’t there, but the performances were mostly excellent, and for the first time they set a theme to the presentation, and one that honored the surroundings of Memphis, Tennessee. There were multiple memorable performances to take away from the event, and it’s hard to argue with any of the winners. Some artists who otherwise may never be recognized with an award or a nomination were able to feel new level of recognition, and can brag about it in years to come.

For the first time, the Ameripolitan Awards were televised via Facebook live, but I’m not sure if it represented the type of quality presentation of previous years. But hopefully next year it can tighten back up again, some new people step up to help polish the presentation, and Ameripolitan continues to grow. Everyone you speak to, including people who have been in Memphis all weekend, had mostly positive things to say about the experience.

12:28 – Well that’s it folks! I’m going to write a quick recap, run down the winners, and then we’ll be out of here. Thanks so much for following along!

12:22 – Chris Scruggs and others have made it to the stage. A lot of the people left in the ballroom are now in front of the stage. Not sure if the live stream is still working for everyone out there.

12:19 – Dale comes out to sing one last number, “Memphis Tennessee” by Johnny Rivers. Folks inside the ballroom are getting out of their seats and crowding in front of the stage to dance.

12:13 – Brian Setzer is not here since he’s touring in Japan, but he did send a video that plays.

12:09 – What I think a lot of country fans don’t appreciate enough is how the rockabilly guys like Brian Setzer and Jim Heath made it cool to like old music.

12:05 – A video presentation is playing for Brian Setzer to present him The Master Award.

11:58 – Bailey Dee is on the premises, but so sick with the flu she’s sequestered in her room.

11:54 – This is positively excellent. Goosebumps here behind the laptop. Maybe the best performance of the night, right up there with Jason D. Williams.

11:52 – The Gospel quartet The Blackwood Brothers take the stage to sing with Dale Watson. The song is “Elvis Was a Love Affair.”

11:47 – The 2018 Ameripolitan Award for Western Swing Group goes to The Carolyn Sills Combo.

11:44 – Sophia Johnson gets choked up receiving her award. When you see certain people receive their Ameripolitan awards, you understand why all of this is worth it.

11:40 – Great performance by Heath and the house band.

11:38 – The Reverend Horton Heat never get enough credit for inspiring the independent/underground scene like he did in the 90’s. Only the Stray Cats predate him for making old music cool again.

11:34 – Jim Heath is being presented the 2018 Keeper of the Key award. A video presentation plays, and now Dale Watson is saying some words.

11:20 – The 2018 Ameripolitan Award for Festival of the Year is the New England Shake Up, Sturbridge MA. The promoters are truly freaking out about 2/3’rds way back in the ballroom.

11:16 – The 2018 Ameripolitan Award for Venue of the Year goes to Sportsmen’s Tavern, Buffalo NY.

11:15 – Chris Scruggs accepting his Musician on the Year Award. Brennen Leigh in the background, who handed out the award, and won for Honky Tonk Female. 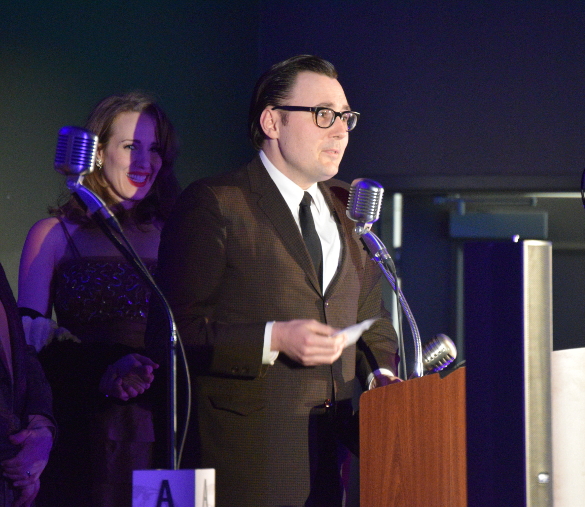 11:11 – SO deserved for Chris Scruggs. The traditional country sideman of our generation. He thanks Rosie Flores for taking him out at the age of 17.

11:09 – The 2018 Ameripolitan Ralph Mooney Musician of the Year is Chris Scruggs!

11:08 – lol, Brennen Leigh with some magician vs. musician humor.

11:04 – The Phillips Family comes to the stage to receive the 2018 The Legend Award for Sam Phillips.

11:03 – I’m supposed to be in Kansas City for Folk Alliance tomorrow. I may never make it at this pace.

11:02 – Just got stuck in the lobby with Sarah Gayle Meech, Tommy Ash, and Kristina Murray. It was hard to leave and come back inside.

10:50 – These performances are excellent. It’s everything in between that is stultifying things. This whole Sun Studios segment was supposed to take 15:00. We’re now at an hour, and there is still one more performer.

10:46 – Big Sandy takes the stage, and has some needed energy, and great stuff to say about growing up admiring Sun Records, and now he gets to play in front of so many legends.

10:39 – Dickey Lee, who is one of the last original Sun Studio recording artists, takes the stage to play “Good Lovin'”.

10:21 – Well this is certainly entertaining. But at this pace, we’ll be here till midnight. “They said I only had one song, but they didn’t say how short it needed to be,” Jason D. Williams says.

10:16 – Jason D. Williams pulling out all the bits! This show needed this. This guy’s great.

10:11 – Haha! Jason D. Williams on the Ameripolitan Awards to Dale Watson, “This is the greatest thing that has every happened to you.”

10:06 – As great of a guitar player is, Jesse Dayton might be the best guy at mimicking the tone and singing style of all the old greats, not just Johnny. That comes from having a good voice, knowing what to do with it, and knowing your influences and the little inflections that made them unique.

10:04 – Jesse Dayton takes the stage. He tells the story of Waylon Jennings giving him a call after seeing Jesse on Crook & Chase, and about going to the studio to meet Waylon, and Johnny Cash opening the door.

Then he launches into “Big River.”

9:58 – I believe we are entering a time in the presentation when artists will be playing songs from the Sun Studios legacy. It stars with Sleepy LeBeef singing “Flaying Saucer.” Kind of rough at the beginning, but it’s finding its groove now!

9:52 – W.S. Holland is now saying some words about Sam Phillips. Sun Studios is the theme of the presentation tonight since we’re in Memphis.

9:50 – The presentation has (kind of) started back up, but W.S. Holland, who was supposed to be on stage already, was late getting there.

9:44 – Just passed by Charley Crockett and Zephaniah OHora in the lobby. This place is packed with true country music talent.

9:40 – So here’s my assessment of the first half, just shooting everyone straight:

If this was the first time you had every seen the awards, you may thing, “What’s the big deal?” This is by far the most scaled back and “loose” production and presentation in the five-year history of the awards, including the first year, when everyone was pretty blown away with the amount of effort that had gone into the presentation. The stage is really dark and kind of hard to see what’s going on, the flow is almost non existent, where the previous years it was really well done with jokes they’d written beforehand and rehearsed.

That said, really great set of winners so far, and the performances have been excellent once they started (except for Hinson, who didn’t seem to be in it). I wouldn’t say I am disappointed, but this is definitely a different year, and if this is the first time you’re watching, you should probably take that into consideration.

We’ll see what the 2nd half has in store. 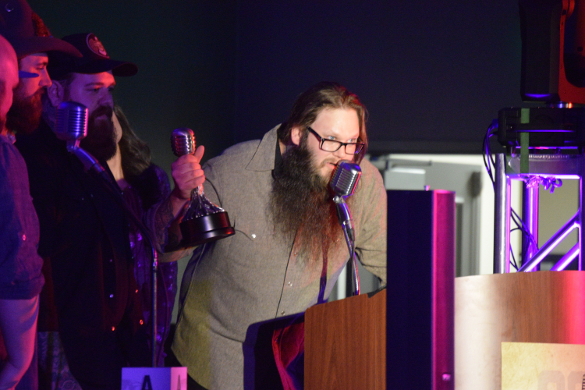 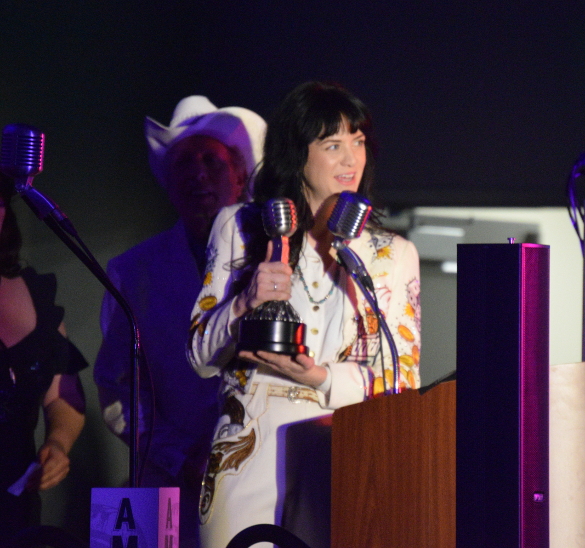 9:28 – And now we’re in intermission. This presentation will definitely be sorter than it was in previous years.

9:26 – Lloyd Green really is excellent. If you look at his list of credits, it really is pretty much everything that stands out during the Nashville Sound era.

9:24 – Lloyd Green is playing “Jukebox Charlie” first made famous by Johnny Paycheck, and “Between You and Me” by Charley Pride.

9:17 – “He’s not my favorite steel player, he’s my favorite musician of all time.” Junior Brown on Lloyd Green.

9:15 – Junior Brown comes out to present the Lloyd Green Founder of the Sound Award. 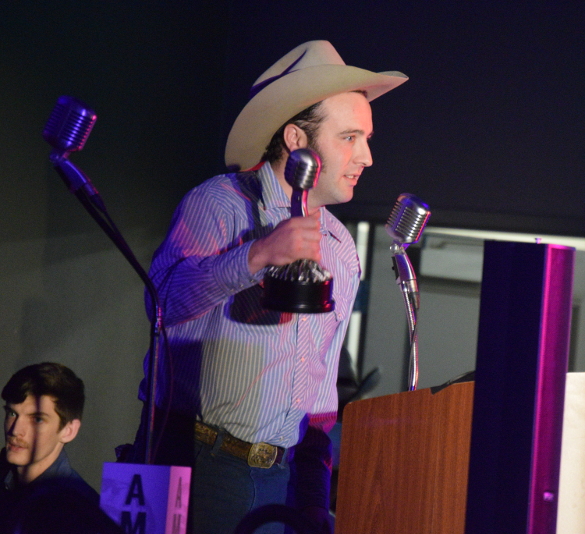 9:13 – Usually these video presentations have some narration.

9:11 – Here’s a presentation on the screen. They’re introducing Lloyd Green for his “Founder of the Sound” award.

9:10 – Whitey’s going casual tonight since he doesn’t have to perform.

9:06 – The Ameripolitan Award for Outlaw Group goes to Whitey Morgan and the 78’s! – a favorite of Ameripolitan.

9:00 – The Ameripolitan Award for Outlaw Male goes to Cody Jinks!

Cody Jinks is not present to accept the award. And then Rosie Flores is not here to perform when she should. Here she comes…

8:56 – The Ameripolitan Award for Outlaw Female goes to Nikki Lane!

8:54 – That was a pretty uninspired rendition of “Foggy Windows.”

8:50 – It’s so dark on the stage, folks can’t really see or read anything. Danielle’s mic doesn’t work when she goes to talk.  “I just want you to know this thing is not going to run smoothly tonight,” says Dale.

8:49 – The Ameripolitan Honky Tonk Group of the Year is The Reeves Brothers.

“I had to get up here before somebody changed their mind about this.”

8:44 – This is Motel Mirrors singing “Meet Me on the Corner.” They are local to Memphis.

8:39 – Everyone picking up the live stream out there?

8:34 – Now Dale Watson comes out to sing a Merle Haggard tune with Ray Benson. Have seen Luke Bell, Pat Reedy, Zephaniah Ohora, Dallas Moore, and many more in the audience.

8:32 – Had a good conversation with Dale Watson before the awards. He said he wanted to scale it back again this year to make it feel more intimate, where the fans are closer to the performers, and it feels more like family compared to the last 3 years at the Paramount.

8:29 – Ray Benson (who hosted last year) and Asleep at the Wheel take the stage. The production this year in regards to the stage lighting and overall presentation is definitely scaled back. They didn’t show a video introduction at the beginning of the awards like they have done every year previous.

8:27 – Brennen Leigh, “I think it’s the women of country music that can take it and get it turned in the right direction.”

Brennen has been at it a long time, and deserves this recognition. She’s the type of artist Ameripolitan is made for.

8:22 – Sorry folks, stuff is a little wonky starting off here, but it looks like things are beginning to fall in a groove. James Hand led off playing, “In The Corner, At The Table, By The Jukebox.” Then Nikki Lane came out and performed “Jackpot.”

8:14 – Hosts Dale Watson and Danielle Colby come out and make some preliminary announcements/

8:11 – Unlike every other year, there is no program, so nobody really knows what’s going to happen, or when.

8:10 – Here we go. Someone has come out and started playing “America The Beautiful” solo, old Rockabilly style. Still trying to find a good link to the live stream. As soon as I find something I will clue everyone in.

8:06 – A few pictures from the Red Carpet. Will try to add more when I get a chance.

8:04 – The 5th Annual Ameripolitan Awards are being held in a hotel ballroom once again, just like they were the first year. Year 2-4 was held at the Paramount Theater in downtown Austin. 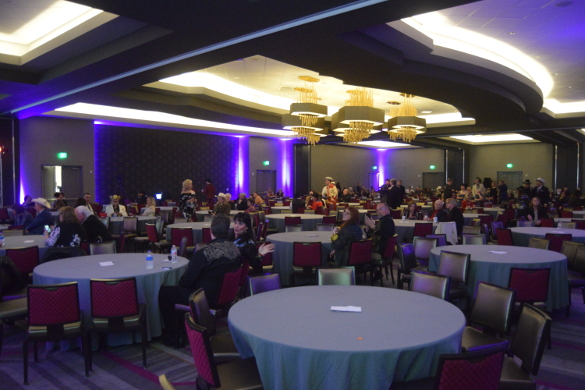 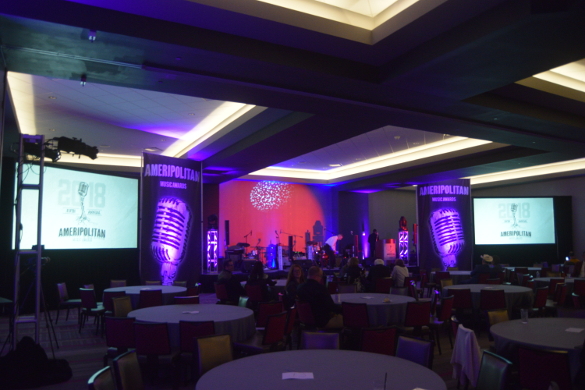